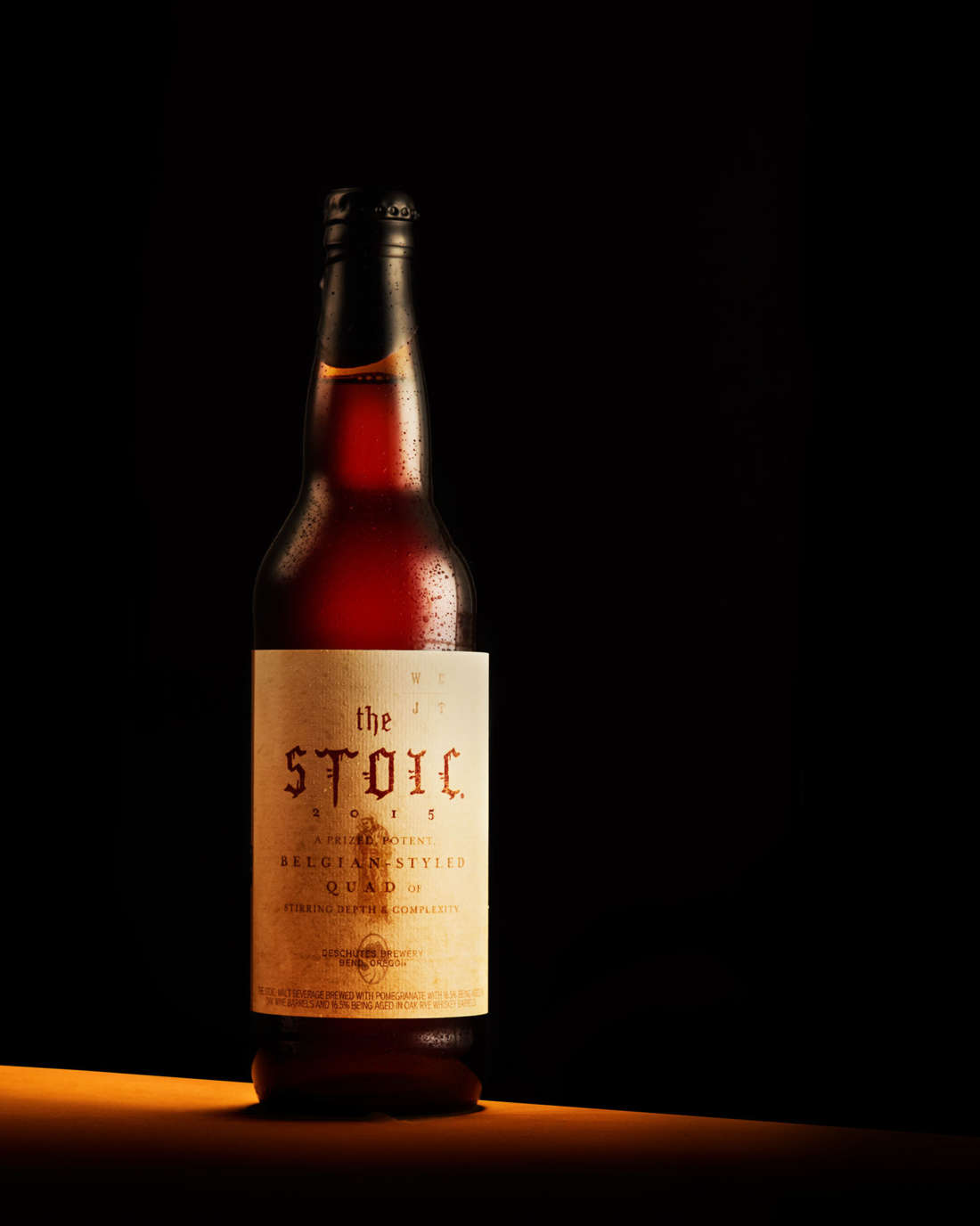 There are two types of people – those who love beer and those who couldn’t care less. In my line of business I am fortunate to know a lot of people who are extremely passionate about beer. They (who am I kidding, obviously I mean ‘we’) often look to that second group and feel a little sorry for them. “They are missing out on SO MUCH” is generally the vibe from us evangelists. It’s not that we want to force beer down people’s throats, we just love our friends and we love beer and we want to see them happy together.

So, why don’t people like beer? I blame industrialisation. For hundreds of years, beer was brewed in homes and by small breweries in towns and villages – different styles evolved independently in different regions depending on local tastes and available ingredients. The 1960s and 70s saw mass acquisitions of these small, independent breweries by huge corporations worldwide (DB and Lion in New Zealand), which naturally wanted to maximise profits by scaling up production and using cheap ingredients. One by one, breweries were swallowed up, with their varied and nuanced beers being replaced by a few homogeneous, bland imposters more reminiscent of dishwater than an ‘East India Pale Ale’. Fortunately for those who possess taste buds, the stranglehold of the likes of Budweiser, Heineken (owner of DB) and Kirin (owner of Lion) has loosened in recent years with a rebirth of glorious historic beer styles and the creation of brand new ones.

When discussing plans to introduce non-believers to the joys of beer, one often hears of the existence of a mythical elixir, a sort of skeleton key to help open the world of craft beer to newcomers. A Gateway Beer. This generally takes the form of a light pale ale or lager around 5% that has more hops than the big commercial beers. This, in my opinion, is utterly pointless. If somebody doesn’t like the taste of Speight’s, why on earth would they like a beer which tastes a bit like Speight’s only slightly hoppier? I tend to take the opposite approach, presenting a beer that is a shock to the senses. There are lots of beers to choose from. Where wine is made with grapes and yeast, beer has four different core ingredients (water, malted barley, hops and yeast) for the brewer to work with, plus whatever adjuncts they feel like adding (grapefruit, cacao, marshmallows, sea urchins…), meaning that there are endless variations on the dozens of distinct beer styles.

There is a perfect beer for every occasion – a light, effervescent, tart saison is perfect on a sunny afternoon with oysters. It’s hard to beat a rich, full-bodied, sweet imperial stout on a winter’s evening. There are mouth-puckeringly sour lambics and sweet Bavarian hefeweizens that taste of banana and clove. There are 15.4% stouts aged in Cognac barrels on Tasmanian truffles in Melbourne and there are 3.5% goses brewed with rock salt and conditioned on pineapples by Swedish gypsy brewers. When I started my beer business a couple of years ago, people asked me how I’d find enough different beers for our customers to drink a different one each week. The real problem is having too many to choose from.

Another thing I love about beer is that it doesn’t take itself too seriously – one of the best beers to come out of New Zealand last year was called Hoppy McHopface. I couldn’t imagine seeing Grapey McGrapeface on the shelves of my local wine store. Plus, I can afford to drink the very best beers in the world. Sure, at $65 a bottle, The Stoic isn’t an every day beer, but it falls far short of the thousands of dollars you’d need to spend on an equivalently glorious bottle of wine such as a Lafite Rothschild.

Here are just a few of the best beers I’ve drank recently. And none of them tastes anything like your granddad’s Double Brown… 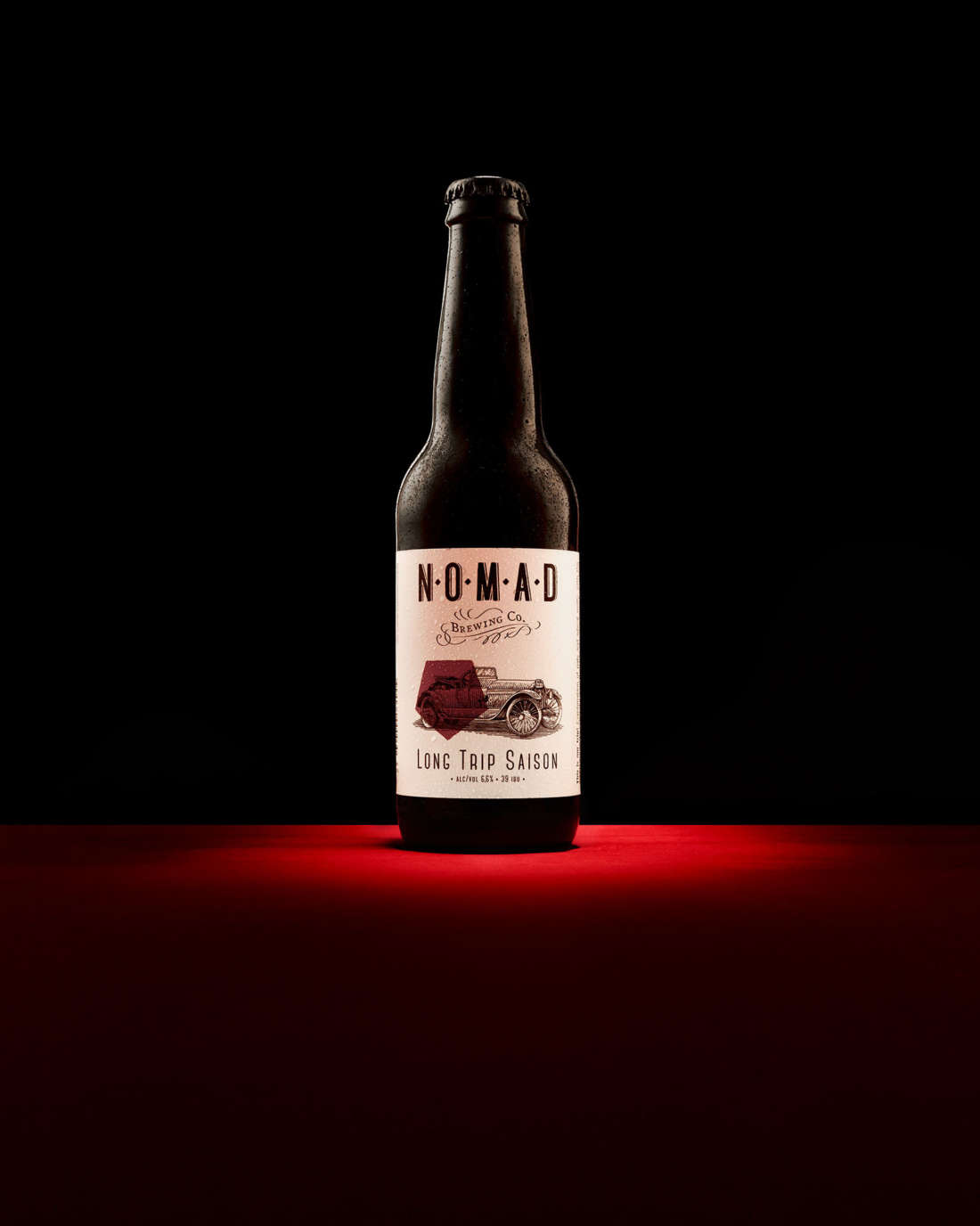 Nomad is a beachside brewery in Sydney whose Italian brewer is committed to creating beers that incorporate Australia’s amazing native ingredients. Saison is a historic style with roots in French and Belgian farmhouses where refreshing, dry beers would be made to slake the thirst of workers during the summertime. Long Trip incorporates wattle seeds (which taste of cappuccino) and organic Tasmanian pepper, which results in a dry, clean and very sessionable saison, with hints of coffee, citrus and spice. 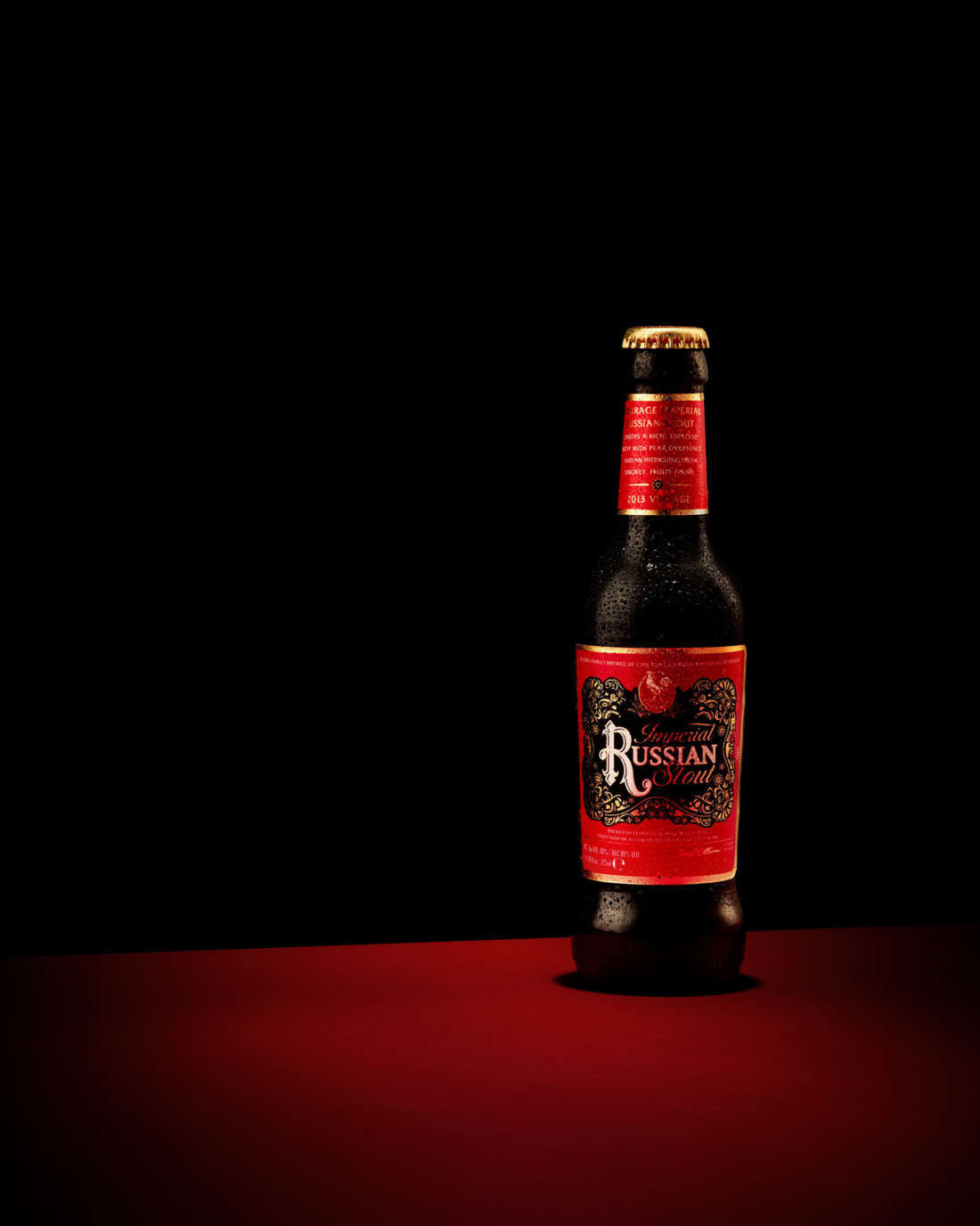 The first stouts were brewed in London around 1720 and quickly became popular across the globe. The stronger versions were especially popular for export, with Empress Catherine the Great of Russia regularly ordering large quantities for herself and her court. In 2011 this beer was recreated according to the original recipe. The result is a very big beer with a huge aroma of roast espresso, figs, rum and smoke. As you might expect, there is a lot of body and flavours similar to the aroma, with more cocoa, liquorice, anise and spicy hop bitterness. At 10%, this is a beer to be savoured. 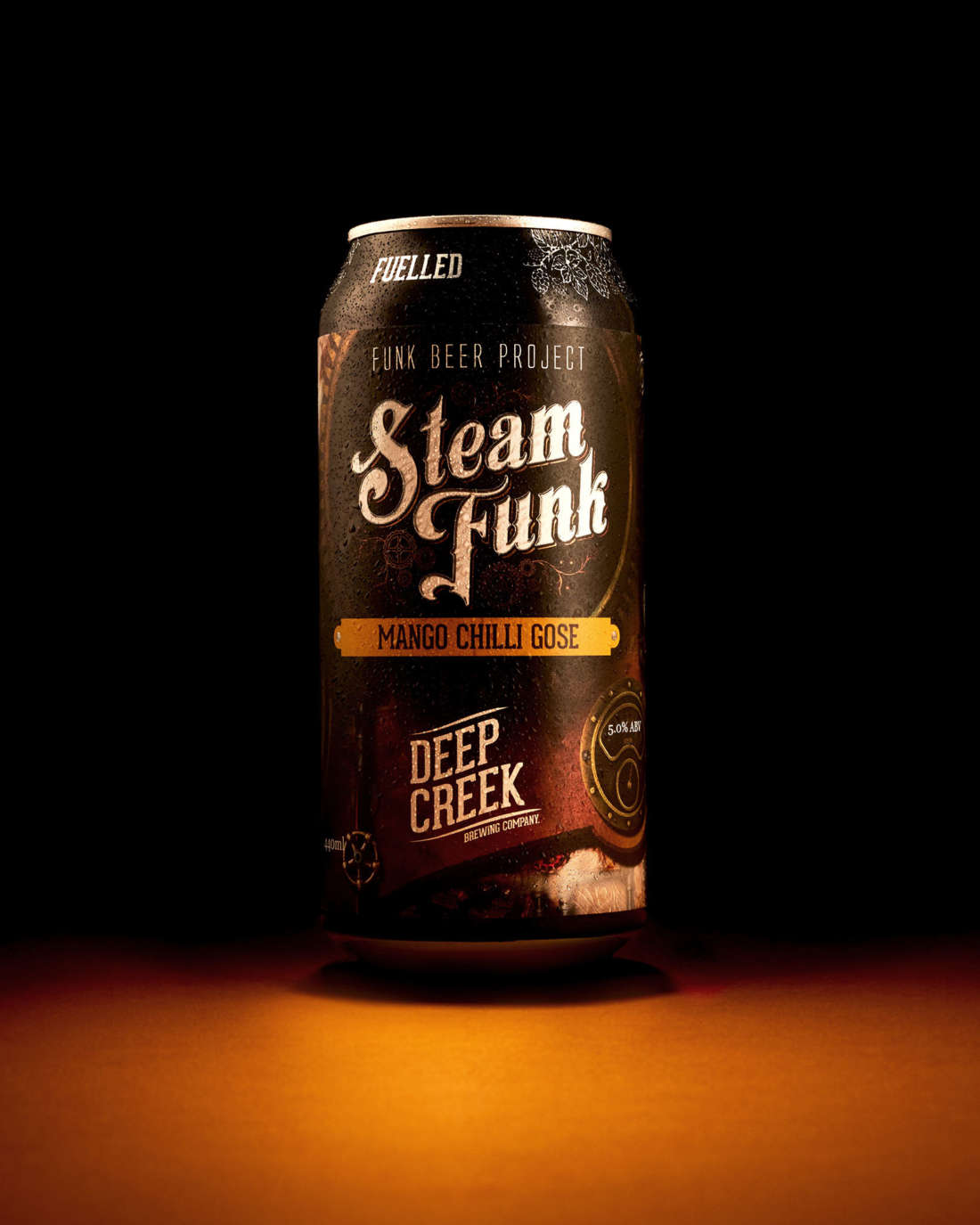 Goses are an historic style that have been brewed for over a thousand years in northern Germany with the slightly salty waters of the Goslar River. Those ancient brewers added coriander to balance the saltiness of their tart beers, and the same has been done with this beer from Auckland’s Deep Creek. It also includes a whopping 10 per cent mango, which makes for a pretty sweet and juicy foil to the delicate flavours from the chilli, salt and pink peppercorns.

A Belgian quad-style beer crafted in Oregon with the addition of date sugar and pomegranate molasses. The Stoic is a blend of four different fermentations with beers aged for 11 months in oak pinot noir and oak rye whiskey barrels. There is huge depth and complexity to this 10.9% beer, which will continue to improve with age. You may determine notes of spice, cherries, white wine and marzipan.

The gloriously named Yeastie Boys hail from Wellington and are steadily taking over the world, simultaneously producing beers in Australia, Britain and Invercargill. Back in 2011 they released a completely audacious beer. Rex Attitude was the world’s first heavily-peated single malt ale. Brewing wisdom has it than no more than 5 per cent peated malt should be used in a recipe, so a beer made with 100 per cent was unusual to say the least. xeRRex is Rex Attitude amplified – an ‘imperial’ version of the golden ale which is smoky (obviously), but also has hints of toffee, citrus and a touch of plasticine. If you like Laphroaig, you’ll love this.