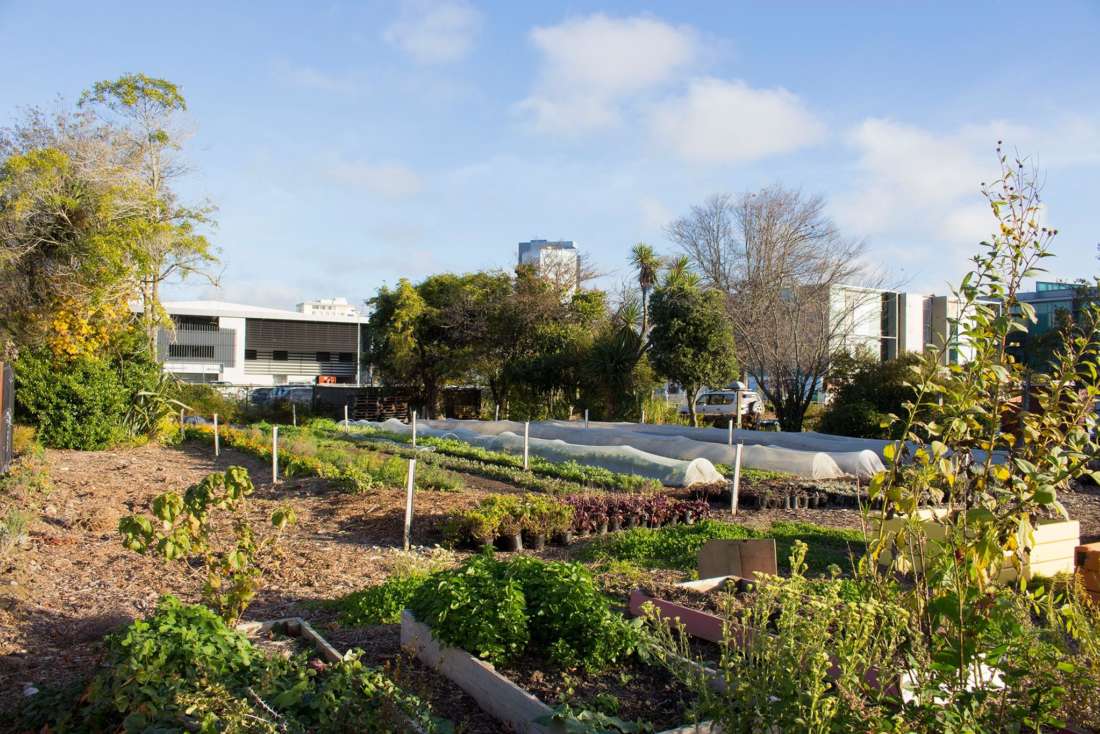 I first met Fiona Stewart when she and her business partner Bailey Perryman approached me with their idea for an inner-city farm situated on a lot left vacant by earthquake demolition. The organisation that I was working for at the time, Life in Vacant Spaces (LIVS), manages private property on a rolling monthly basis while the landowners work through their future plans. 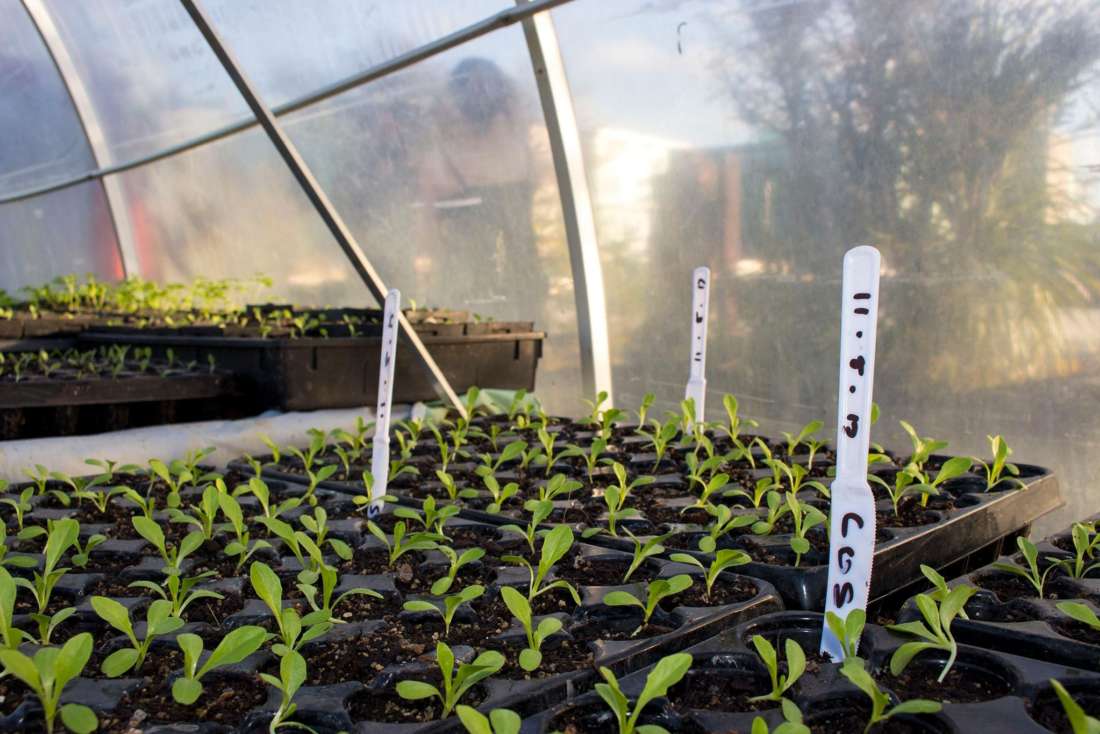 Where did you grow up, and how has that influenced your life now?

I grew up on a farm between Geraldine and Fairlie, which taught me a lot about myself and gave me that sense of freedom and confidence. Living on a farm was a huge reason why I wanted to start a farm school for young people that didn’t grow up with those opportunities. Particularly those that have challenges learning, because a farm is a place where you can do things in a more free environment. There’s always a job and always a purpose for that activity. When you feel like you’ve got a purpose, you feel more connected.

Your background is in youth work, how did you and Bailey join forces to start Cultivate?

I won a Vodafone Foundation grant in 2011 to start a program for young people who were in the youth justice system. I met Bailey through Vodafone, he won his award in 2013 around community gardening and teaching people how to grow food. The foundation offered the opportunity to create a new project through collaboration. At that time I was working for a mental health organisation in Christchurch and I didn’t know what I wanted to do. We didn’t know each other, so we had to chat and figure out how to do an urban farm school.

The early days were pretty cool. We lived around the corner from each other and biked a lot, so we went to the library every day and nutted out our presentation to Vodafone. Like, what is a farm school? What does it look like? How would the youth program work? The more we talked about it, the more we realised we had the same dream. So we were at the library calling our networks, drawing pictures, hashing stuff out, and just dreaming as big as we possibly could. We wanted a network of urban farms, and just pictured little lights that collectively lit up the whole city, where people could easily access them.

You have an urban site in the CBD and a suburban site in Halswell. Can you talk about how you gained access to the land and what it was like to move on site?

Well it was you that got us the first land! It (the urban site at Peterborough and Manchester) was basically just grass and compacted rubble. It previously had houses on it, they had been bowled over due to earthquake damage. It had turned into a bit of a dump site, and being on the corner of Manchester Street, the red light district, it attracted people who utilised the space in the evenings. There was an old shed where somebody had been living for a while. It was an open paddock of rubbish, a dump, we had to get in some specific machinery to clean it up.

It only had a small amount of soil, so we had to work out how we would build the soil there. We started working on it straight away with volunteers and youth organisations. We got a lot of woodchip from city council, organic food waste from Cultivate Waste, and other resources to help us with that soil. But first we got a big digger in to come and make it a bit easier to start off with. It took us nine months to build 250 tonnes of soil, which meant that we could then use 80% of the land for growing. And now it’s humming.

The Peterborough site demonstrated the concept and how it worked. It was easy for people to look in and see what was going on. After the earthquakes people were sharing office space, and Wayne Francis Trust was sharing a building with someone that I knew quite well in the youth sector. They got talking and realised what Cultivate was doing and that we needed more land. We did a presentation to Wayne Francis Trust and they said, “here’s some land for three years” [the suburban site in Halswell].

What are some ideas for the future of Cultivate?

At Cultivate we have the urban farm network, the youth development program, and a third aspect to help us be sustainable and give opportunities to the young people that step through the program. It’s called Ur-bundance, and it’s an edible landscape contracting business. It’s a design, build, and maintain program, and we’re talking about trialing it in the subdivision planned for this space. This whole site is planned to be houses with different designs and price points, the plan is to have houses that look into a green street with edible spaces and community gardens that we’ll hopefully have a contract to maintain. That is a job for a young person, an awesome opportunity.

The Peterborough site also leveraged support from the Canterbury District Health Board. Hillmorton Hospital used to grow organic food for the hospitals throughout the South Island. They’ve still got the setup, there’s about six different glasshouses. It hasn’t been used since at least the early nineties, so there’s a few things to fix up. They have land as well, so we’re working on how to create contracts with them for land that we’ll use long-term, that also has propagation units on it.

We are working on a collaboration to share space with other youth organisations such as 298 Youth Health. In the ideal world Cultivate would be alongside a one-stop shop for young people so they can get all the support they need in one space — counselling services, employment services, WINZ — and while they are waiting they can do some weeding and have some free counselling, because there’s a six month waiting list for young people in the mental health system, and then the youth in the justice system might not even be in the mental health system, which is crazy.

Who works at the Cultivate sites?

We have eight employees, not all full time. Our farmers are generally from the organics program at Lincoln, and then we have trained youth workers. In the middle, we have people that want to learn about both, so they tend to give more hours in order to learn new skills.

Then there’s the young people. Some come in for a ‘Cultivate experience’ for one hour or a day. One organisation comes once a week, they’re helping youth fulfil their community service hours. We have university students in service learning courses. That’s 50 to 60 students once a semester, so that’s a lot of weeding that gets done really quickly.

Our main group of youth are those that are currently disengaged and want to get back into school or training to be more employable. They become a cultivate intern and we wrap a program around their individual needs and goals. Some interns work in part for wages, and in part for training and other support such as counselling and mentoring. It’s easy for a young person to take a next step to employment, but they might fall off again. Once they’ve transitioned to employment or study, we want to keep them engaged and continue support. They become a Cultivate alumni and they know they can always come back, there’s an open door.

A number of our young people have come through the mental health system and many have been disengaged for years. One girl went on to get qualifications in horticulture at the National Trades Academy. That didn’t work out for her, so she came back to Cultivate, and now is volunteering for an elderly care organisation to build her confidence. It’s a journey, especially if you haven’t been in the system for years, and it’s great that she’s been with us for over a year and is trying to gain new qualifications. She’s now got her driver’s license, she’s got a CV, she’s done 380 hours of voluntary work with us, and is now doing volunteer work with someone else. She’s not too sure what she wants to do, but she’s working that out.

Another example is a young person that’s built up the confidence to move out of home to live independently and start a course while still coming to us twice a week. She’s worked out what she wants to do by having conversations with our staff on a daily basis. They don’t have to end up in farming, or even be interested in farming. One of them said to me, “I actually don’t know why I’m doing this, I hate getting my hands dirty and I hate wriggly worms and slugs”, and I laughed because I totally agree, but she keeps coming back. 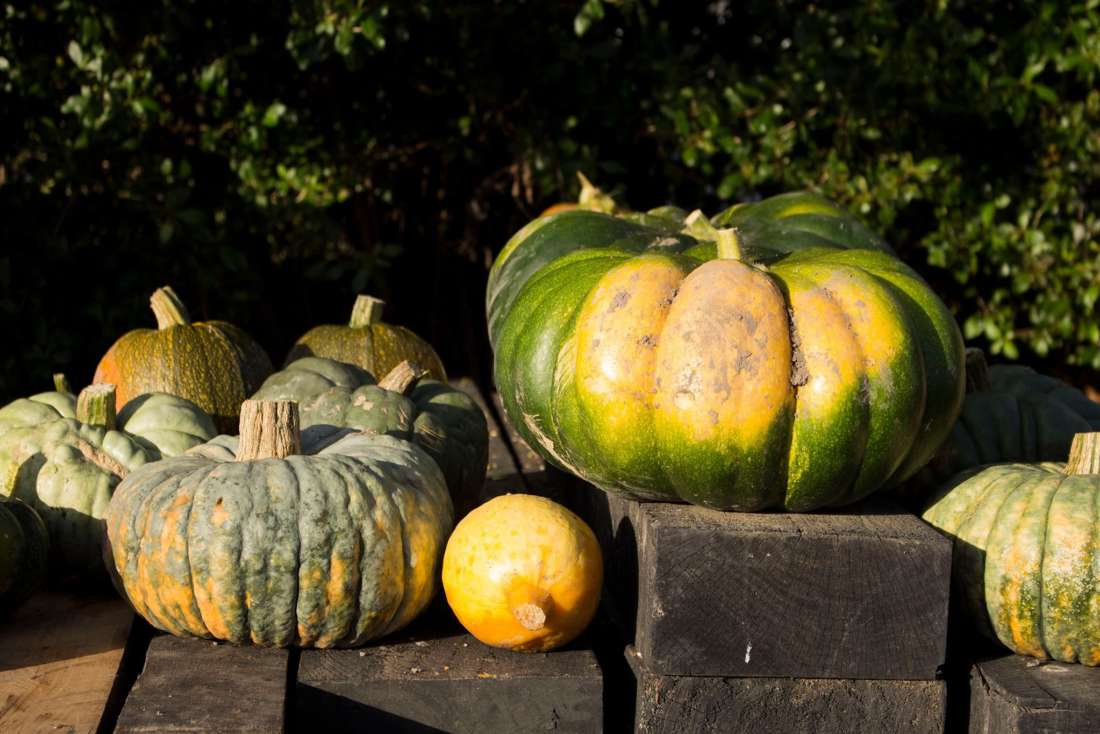 Securing long-term land and becoming less of a transitional project. Scouting out where we could have those long-term sites and making sure they’re accessible to the community. We have to focus on our core business and on marketing and media, so that people understand what we’re doing and can get involved; whether on site or from afar.

How will you transition from the temporary to the permanent?

There’s already a lot of talk in the community about what they see and what they want, but whether or not that turns into reality is the chunky next step. And that all lies in the powers of… who knows? I’ve been thinking about the transitional city, and how that’s been the catalyst for a lot of change within Christchurch. Even though it’s six years on, it’s been really important in making some significant changes and I want to continue with that energy and have that lead to more permanence. How can we keep that culture in the permanent Christchurch?

Anything else that you want to talk about?

We don’t see Cultivate as one thing, it’s more of a way of life. It’s a creative space, none of us knew what it was going to be like, we just had to put one foot in front of the other and jump the odd bit when there were gaping holes. The more I garden, the more I realise that I’m building my community around me. I didn’t realise before that I lacked community. I had lots of friends, but community is more than that. Christchurch is so spread out, and has been so siloed, but being part of Cultivate has allowed me to connect with so many other people. It’s really about getting people together, and that’s the part that’s so much fun.

The Food Farm
The Gateway Beer