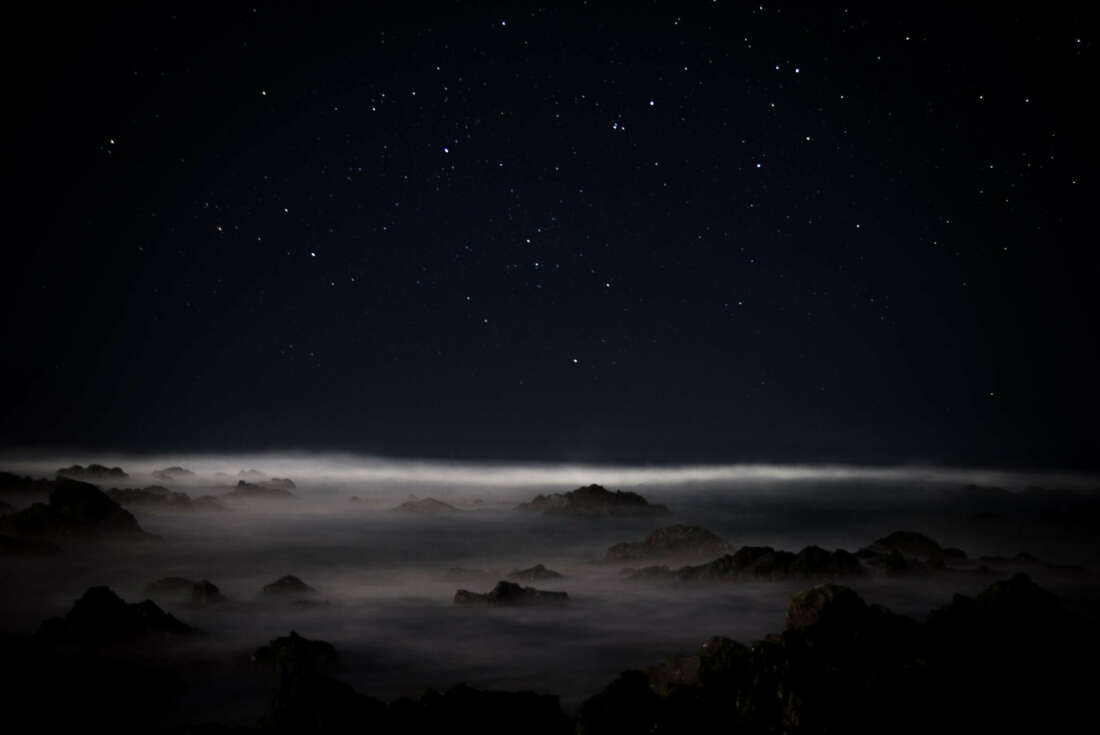 Tangaroa: the great lord of the sea

To Māori, the vast and deep reaching expanse of the ocean is the domain of Tangaroa. A descendant of Rangi-nui the Sky-father and Papatūānuku the Earth-mother, Tangaroa is the father of all living creatures in the ocean; from chiefly whales to the plethora of fish, shellfish and crustaceans. This family of the sea is known as Te Tini a Tangaroa, the multitude of Tangaroa.

Before Tangaroa and his siblings found their place in the world and established their identity in nature, the world was a very different place. According to our Māori creation narratives in the beginning there was Te Kore, complete and utter nothingness. From this void grew Te Pō, the darkness of the night, the great night, the long night, the cold night. It is here in the darkness that the two lovers, Rangi-nui and Papatūānuku emerged. Wrapped in a blanket of immense cold Rangi-nui and Papatūānuku clung to each other, arms locked in a tight embrace. They were inseparable… or so they thought.

Along with his many siblings, Tangaroa lived within the protective arms of Rangi-nui and Papatūānuku, sheltered from the biting cold of the outside world. So tight was their embrace that the children were pressured to crawl, huddle, and lay over one another.

Soon the thought emerged amongst the children to separate their parents, and this sparked a huge whānau debate. One of the sons, Tāwhirimātea, disagreed with the separation. Tangaroa on the other hand was supportive, as was Tāne who encouraged it. Meanwhile, Tūmatauenga thought that killing his parents was the best option. Eventually, despite the disapproval of some, the decision was made to force their parents apart.

Wave after wave Tangaroa tried to separate Rangi-nui and Papatūānuku but to no avail, rather it was Tāne who rised to the challenge. Tāne laid with his back flat on his mother and his feet up high pressed on the chest of his father. With an almighty effort, he pushed the land below and raised the sky above. The locked arms of Rangi-nui and Papatūānuku are severed from each other’s grip, and the children excitedly emerged into a new world, a world to be filled with light, a world of knowing, a world of opportunities.

Rangi-nui and Papatūānuku were struck with incredible sadness. The tears of Rangi-nui fell from the heavens, as the mist from Papatūānuku rose up from the earth. Tāwhirimātea saw this and errupted in a rage of fury against his siblings for what they had done. He summoned all of the winds, Te Whānau Puhi, a family of hurricanes, cyclones, whirlwinds and tornados to seek his revenge.

One by one Tāwhirimātea attacked and destroyed many of his brothers. The trees of Tāne’s forests were decimated, thrown to the East and West of the land. Tangaroa’s oceans were thrown about, crashing on the shore and forcing Tangaroa to retreat in to the depths of the moana. Haumia-Tiketike and Rongo found shelter from the howling winds by hiding in the protective soil of their mother Papatūānuku. The battle ends with Tūmatauenga, the master of strategy and conflict. Standing in defiance only Tūmatauenga could endure Tāwhirimātea’s attack.

After all of the conflict and confrontation between the siblings, Tangaroa and all of his kin began to give shape to their surroundings and take dominion over the various aspects of the world. Together they brought life in its various forms to all corners of the world; from the sea life of Te tini a Tangaroa, to the birds and trees of the forest of Tāne, to the mountain ranges with layers of stone, dirt, and sand and to the birth of humanity.

All things in this natural world, animate and inanimate, coexist in one extensive family, connected by whakapapa, a genealogy that links all aspects of the universe together. Bound with the mauri, the life principle, passed down through Rangi-nui and Papatūānuku. It is this familial relationship that underpins the holistic Māori perspective of the world.

When the summer star Rehua (Antares) rises in our sky in the early morning, the earth will be warmed by the sun and the cicada will sing its song. When the Pōhutukawa blooms, it is a sign that the kina of Tangaroa are fat. These are the rhythms and cycles of nature, observed and understood by the people of the land and shared across generations through stories, songs, and artworks.

This interrelationship is embodied in many tribal sayings that describe our mountains, rivers, and oceans as ancestors. In many cases our environments are central and inseparable from our very own identity and wellbeing. The proverb of the iwi of the Whanganui region captures this best, “ko au te awa, ko te awa ko au”, meaning “I am the river, and the river is me”.

Today I see a modern Western worldview and value system that increasingly aims to take control of nature, acting with perceived dominion over the children of Rangi-nui and Papatūānuku. The capitalist values that drive the exploitation of natural resources have created an imbalance that threatens local and global ecosystems. These values and perspectives also underpin a system of colonisation that continues to marginalise and oppress Indigenous peoples. It is this human-created reality that negates the relationship which exist between mankind and the world around us. As a result, our natural environment is experiencing significant instability and change.

I see a growing voice of whenua warriors, Tangaroa protectors, and conscious consumers speaking for, acting on, and defending our tupuna, our ancestors, and our wāhi tapu; our sacred sites. These voices share a unity and connection to nature that values Rangi-nui, Papatūānuku and their many offspring. Herein lies the answer to our planetary challenges, imbedded within the holistic and Indigenous knowledge systems of the global community. From the raven myths of the Inuit in the Northern Hemisphere to the shared Polynesian legends of Māui in the Southern seas.

When we return to a practice of harvesting kai from Tangaroa that is more like engaging with an ancestor, maybe then we can restore balance. This is the type of relationship that is as respectful as you would expect to give an elder. You don’t simply exploit and take as you wish, you seek permission to act through karakia or prayer. You behave with reciprocity, by also giving back to your tupuna. Caring and protecting for Tangaroa ensures we maintain, and better yet enhance, his mauri or life force. For Māori, this bond of kinship underpins the practice of kaitiakitanga, the act of guardianship, securing our ancestral environments for our mokopuna, our grandchildren. So be a good kaitiaki for the moana, because the vast expanse of the ocean is the realm of Tangaroa, and he may just return from the deep.