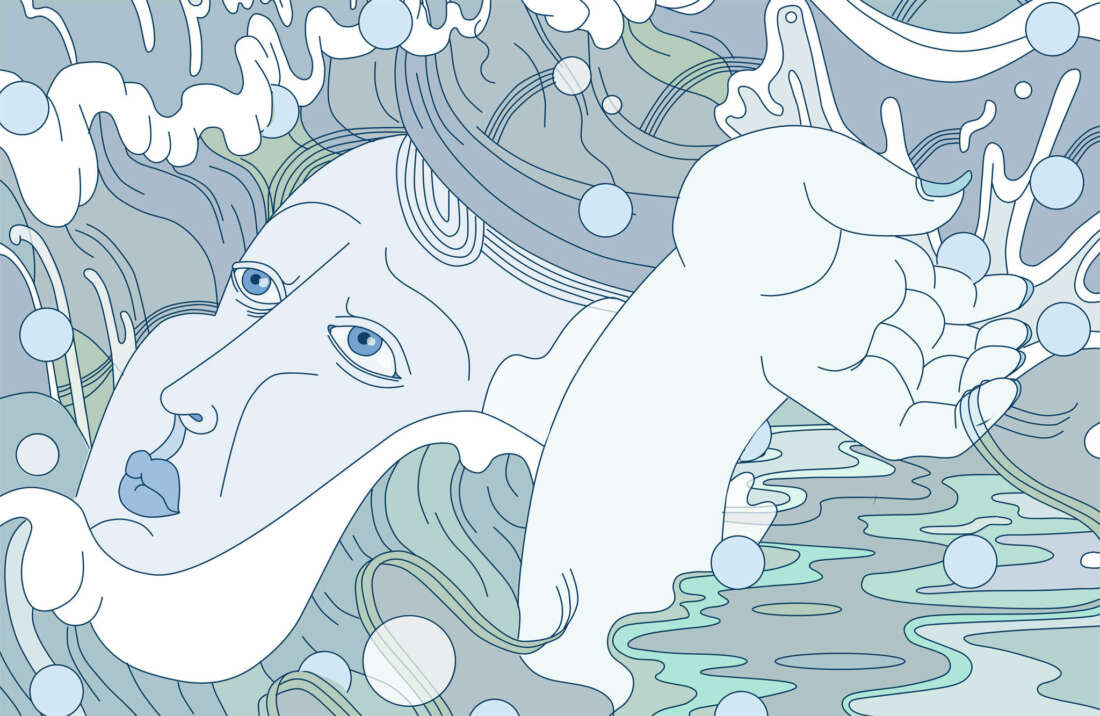 It was a chef who rowed me out to the conversation and it was another who pushed me over the side of the boat when I refused to jump. But it was a fisherman who held me under, until the water filled my lungs and the shock of the truth dilated my pupils beyond recognition.

I struggled for a while, trying to pull away from the pain afflicted by the knowledge– protecting myself with a sense of disbelief. But the night grew longer and the conversation more intense and urgent and there was nothing left to do but acquiesce.

This gentle fisherman conveyed so much brutality and such a connection to the creatures he caught in equal measures, I inhaled and the ocean seemed to swallow me up.

Over the coming weeks I would try to pull myself back to the surface, back to a place of ‘unknowing’, only to discover it no longer existed. And so I would sink once again, this time held under by others corroborating his stories. This place became my ecosystem and eventually my lungs turned into gills and I could survive in the knowing.

This once foreign place became part of my daily conversations; the terms, the players, the acronyms and species rolled like a native tongue. Within months I could hold my own speaking with other fishermen, and watch as onlookers, the uninitiated, inhaled and dilated and sank.

My people aren’t of this place. My ancestors had their hands in the soil, and I’ve always existed in terrestrial realms, growing food from the earth, not pulling it from the ocean. But my husband’s last name is Gill, a nod to his Cornish fishing tīpuna, and my small boy can pull himself along the bottom of the ocean floor with zero visibility, putting his hands in holes to find us a feed.

I’ve thought a lot about the history of fishing in New Zealand. Our creation story includes a fisherman, Maui, and his ability to pull Te Ika-a-Maui (the North Island) from the ocean, underlining the importance of fish to Māori. I wonder if the deprioritising of this protein in pākehā society was a form of colonisation? Fish was seen as lesser, red meat the imported animal of the motherland.

If this is true I can see how fish just became another resource to extract and export with little regard given to its importance to our people. Maybe I’m wrong, but I struggle to understand how little thought is given to fish in a South Pacific Island Nation with the ninth longest coastline in the world. We are a country of chicken eaters with the dominant food culture reduced to the vernacular of ‘fish & chips’- even that is a tip of the hat back to England.

So maybe we only have ourselves to blame for the situation we’re now in. I think about this a lot as I lie, floating here. I haven’t been idle though; I’ve read books about how things used to be, found in dusty corners of second hand shops and those new ones given to me by fishing industry executives. I’ve talked to chefs and food media and purveyors and those with long memories of the ‘olden days’. I’ve read industry investment reports which show that, despite amazing advances in fish-finding technology, the overall wild fish catch continues to decline. It’s this single soggy scrap of agreed truth that I clutch to as science and statistics are commandeered by both sides of the debate.

I’ve come to rest with the understanding that fish is our most precious food taonga and those who risk their lives pulling it from the ocean among our greatest heroes.

My education continues. Teachers have come and gone, pulled by tides and lost in ancient and dangerous divides. I exist in the thinnest of atmospheres, accused equally of being uncompromising and preventing people from eating fish, but also of ‘selling out’ and promoting unsustainable species and organisations. It can be an overwhelmingly lonely place to be.

There’s the ‘dehumanising’ of the enemy, a refusal to meet. There’s a running battle between commercial and recreational fishing. There’s more ego-logical arguments than eco-logical ones, fueled by anthropocentric thinking. Everyone has blind spots and confirmation bias, seeking out scientific facts which support their world view. And it’s easy to do because it’s not like we can lift the lid and count the number of fish left in the ocean for a definitive answer.

Aggregated quota means we’ve lost the majority of our small regional fishers, and with them our connection back to fish. No manner of marketing will fix this. People want to buy food from people, but instead we create packaging which means we don’t even have to touch with our hands the living animal it once was.

Give us back our fishermen.

So some days I feel like giving up. Stepping out of the ocean and back onto the solid ground of my loving mother, my Papatūānuku, sinking my hands back into her earth. But more than once I’ve pulled Toni Morrison to me, using a favourite quote like a rudimentary life raft; “I want to discourage you from choosing anything or making any decision simply because it is safe. Things of value seldom are.” So I float on.

There’s a tsunami coming. Created by the destruction of the marine environment, extractive non-regenerative techniques, ocean pollution, climate breakdown and simple, old-fashioned ‘over fishing’. If I consider the humans I’ve met on both sides of the debate they all have in common the need to protect things for their children, and how much their personal connection to the ocean drives their thinking. They are all trying to make the best of the situation they find themselves in. But still, there is a tsunami coming.

I have a choice now. Let this tidal wave carry me so far inland I can shrug my shoulders and step lightly back onto terra firma, the place I feel most familiar.

Or I can submerge once again, dive deep and hold onto and champion the wreck of artisanal fishers, hoping the tenuous anchor doesn’t break altogether, watching as the storm rages above me.

Rather than take my word for it, I would enthusiastically encourage you to start your own journey of discovery so you can find your own truth. Try to buy fish directly from the person who caught it, and if you can’t, work out why not. At the very least ALWAYS ask the method used to catch the fish, and if they can’t answer, well….what does that tell you?

Music is my constant companion, so I thought I’d share some from the soundtrack to my life over the last 12 months in case it helps the adventure you’re about to embark on.

Float On by Ben Lee
Slow Coming by Benjamin Booker
The Girl Who Fell Through the Ice by Aim, Kate Rogers
Anchor Me by The Muttonbirds
Way Down feat. Ben Weaver by Boozoo Bajou
Karma Police by Radiohead
Talk Me Down by Will Mason

Tangaroa: the great lord of the sea
State of it