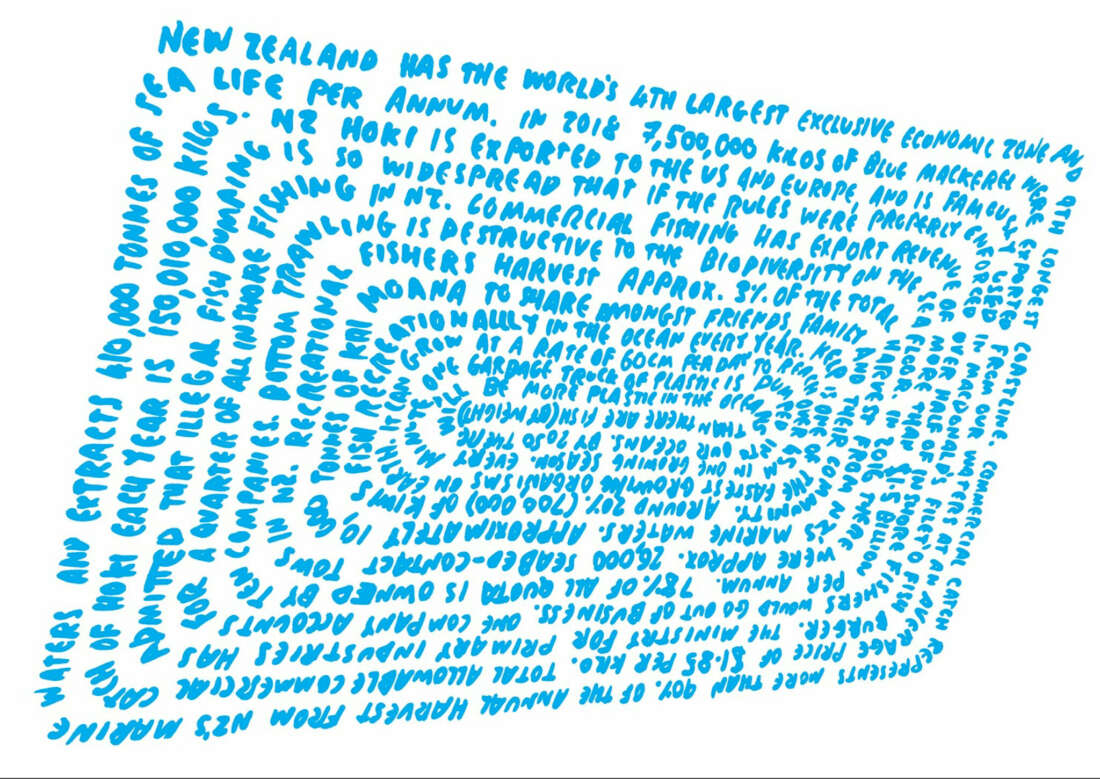 Commercial catch represents more than 90% of the annual harvest from New Zealand’s marine waters and extracts 410,000 tonnes of sea life per annum.

New Zealand Hoki is exported to the US and Europe, and is famously used in McDonald’s Filet’O’Fish burger.

The Ministry for Primary Industries has admitted that illegal fish dumping is so widespread that if the rules were properly enforced over half of inshore fishers would go out of business. (Radio New Zealand)

One company accounts for 1/4 of all inshore fishing in New Zealand. (RNZ)

Commercial fishing has export revenue of more than $1.5 billion per annum

Bottom trawling is destructive to the biodiversity on the seafloor. In 2016 there were aprox 26,000 seabed-contact tows in New Zealand waters. (Seafood New Zealand)

Kelp is one of the fastest-growing organisms on Earth which can grow at a rate of 60 cm a day to reach over 45 m in one growing season.

Every minute, one garbage truck of plastic is dumped into our oceans.

By 2050 there will be more plastic in the oceans than there are fish (by weight).