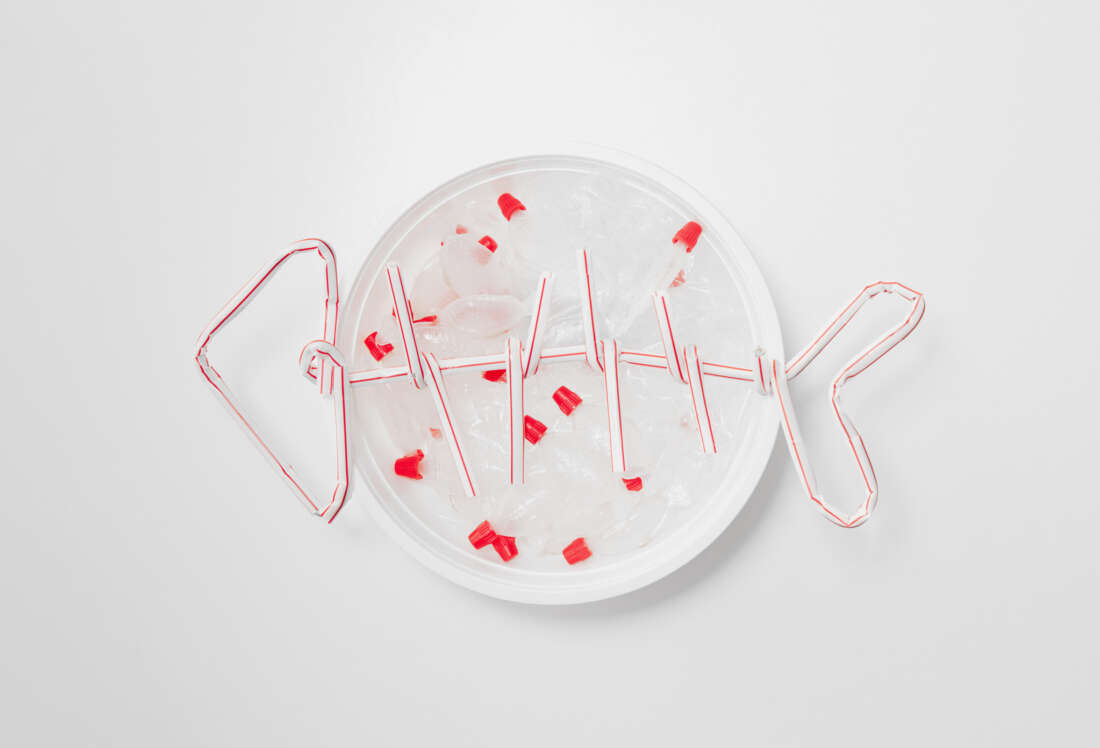 The Ocean is a Plastic Soup

Author — The Next Meal

There’s another creature in our seas we need to worry about.

Hiding away. But not really. You don’t even have to eat fish to know about it. Nor take a dip.

Everybody’s talking about it. But is everyone listening, or are our brains washing over because it’s too overwhelming, like when I try and imagine how many people fit inside a cruise ship floating on the blue.

Over and over we’ve heard about how to fix it – bulk buy, paper dreams, hessian hopes.

Could we be blinded by the beeswax-soaked cloth skewing truth from bleary eyes? Plastic is

Everywhere. Especially in our food system.

And yeah, it’s true and it’s really cool if you can buy from the market, make your own, fill your socks with dried chickpeas. It helps. And I can try to because I’m fucking lucky. But the thing about these options is that they’re just

Not accessible for all. Is it possible to feed people cheaply without suffocating in soft plastic wrapped around $2 half cabbages?

I once worked at a school helping feed kids with no lunches. We made pasta with greens from the garden and rice with spiced onions. Pizza with cheese and potatoes. But all that feeding was ever so

Slightly poisoned by the Glad-Wrapped guilt of what came with sourcing those cheap ingredients. Poisoned by pasta packets and rice sacks and cheese foils. I’d leave my plastic wrappers in the school kitchen bin

And drive back from Otahuhu to my organic olive oil dipped Freemans Bay flat like the bamboo tooth-brushed paper-bag-of-lentils fool I am.

People can definitely make a difference, but we’re still way up shit creek

And all the while the Guardian says there’s an estimated 5.25 trillion pieces of ocean plastic debris. And I believe them, because they give a

Shit. But don’t most of us? And yet only some of us have the luxury to do stuff about it.

There was, for a moment, an option for us to recycle our soft plastics in big shiny bins at the supermarket. It had to stop for a few months because we had too much shit for other countries to process.

It’s due to come back though – soon. And Newshub says there’s even a guy, Jerome Wenzlick, who’s making durable fence posts from recycled soft plastics. They’ll even be ok in Bio-Gro certified soils.

Call him crazy but call him hope too.

Same goes with the NZ Plastic Packaging Declaration – lots of big wigs have said they’ll commit to 100% reusable, recyclable or compostable packaging by 2025. This is progress. But this is also 2,956,320 minutes away and the World Economic Forum says what flows into the oceans each year is the equivalent of a rubbish truck of plastic tipping every minute. My brain is back to the cruise ship feeling.

Options. What are they at this point?

Unnecessary plastic feels like a good place to start. But some say it’s worse for the earth to waste the damaged-as-a-result-of-being-plastic-wrap-free cucumber than keep it wrapped in the first place.

Probably best to just do every little fucking thing we have power to. And do what we can for people with less power. Do the paper dreams and hessian hopes. Less excuses too. Last week I bought lots of plastic packets of shitty herbs for a work thing and I heard Greta Thunberg in my ear saying “we can’t just be a little bit sustainable”. And she’s right, if we are going to talk, then we need to walk. Wherever we can. The plastic soup keeps on boiling but at this point it’s better we all work to reduce it to a simmer than helplessly watch it boil and burn from the side of the stove.