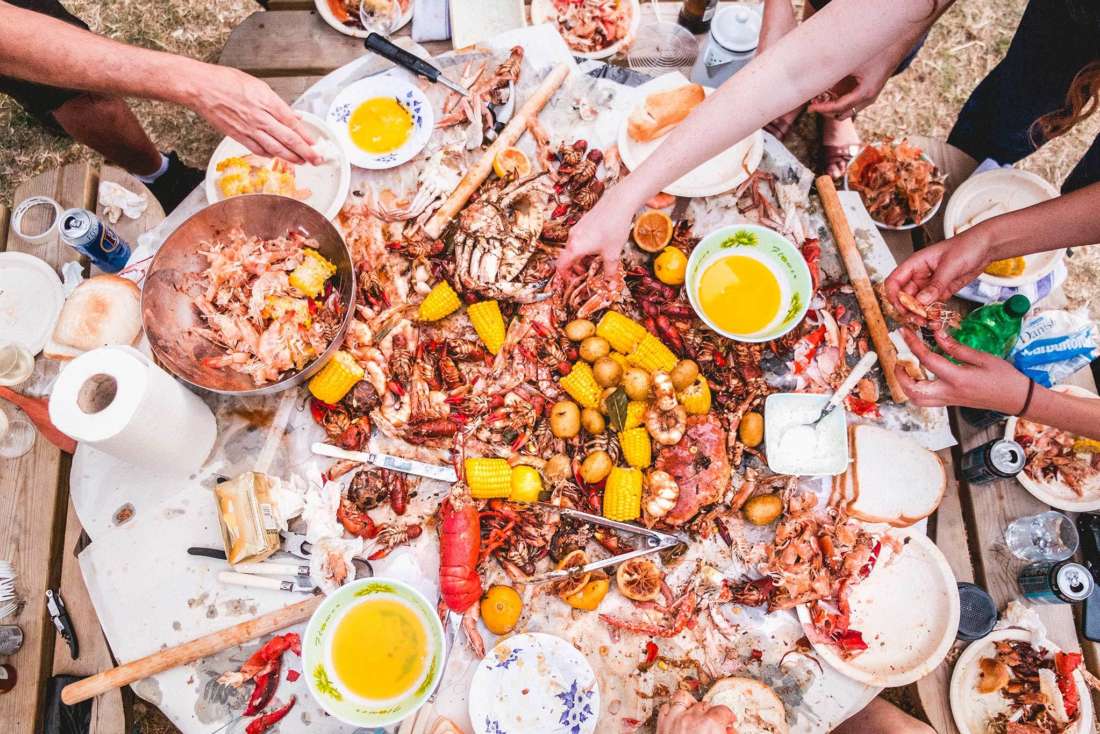 Charlie and I had been talking and dreaming about a Louisiana style crab boil for almost a year. One day last summer it all came together. We had an occasion, I had a morning off and Charlie wasn’t too busy to squeeze in an early morning mission to the home of all things fishy. Billingsgate Market.

Billingsgate got its name from being a water gate to the medieval city of Trinovatum (London). The fish market was formally established in 1699. In 1849 it moved off the streets into a riverside building and in the 19th century was the largest fish market in the world. Then in 1982 it moved to its current location close to Canary wharf. Today it’s still the UK’s largest inland fish market, open Tuesday – Saturday 4am-8:30am.

2012 saw it open to the public and today it fills the needs of a large percentage of London restaurants as well as anyone else who can manage the early start. 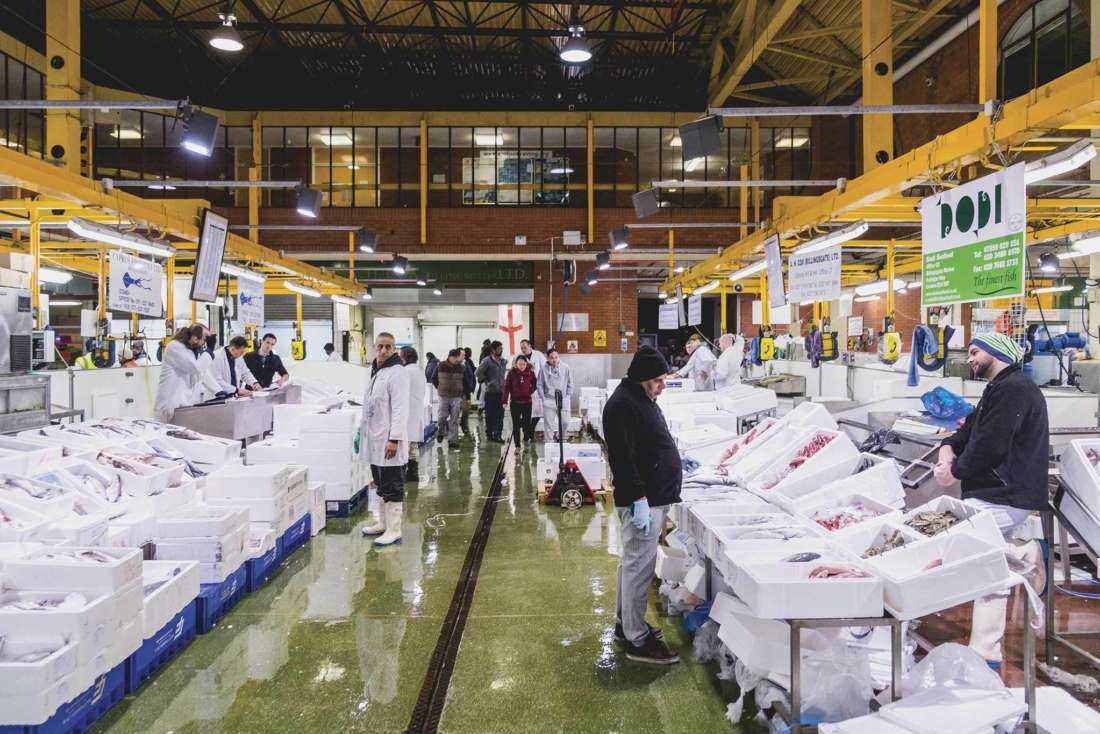 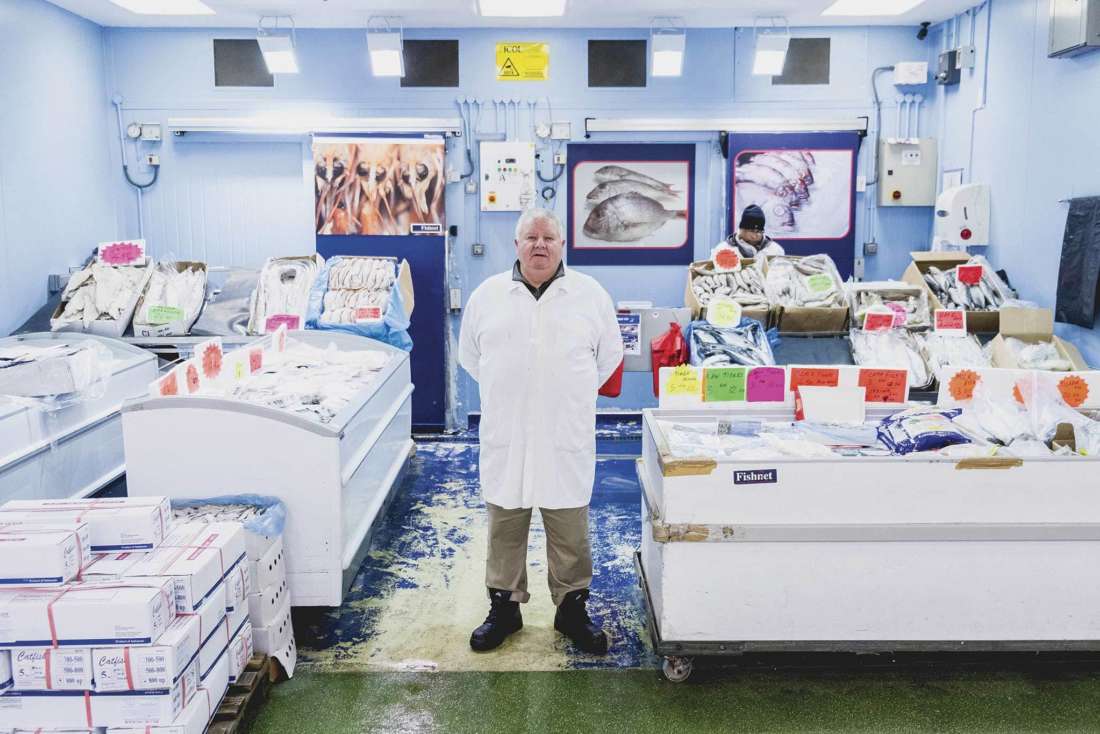 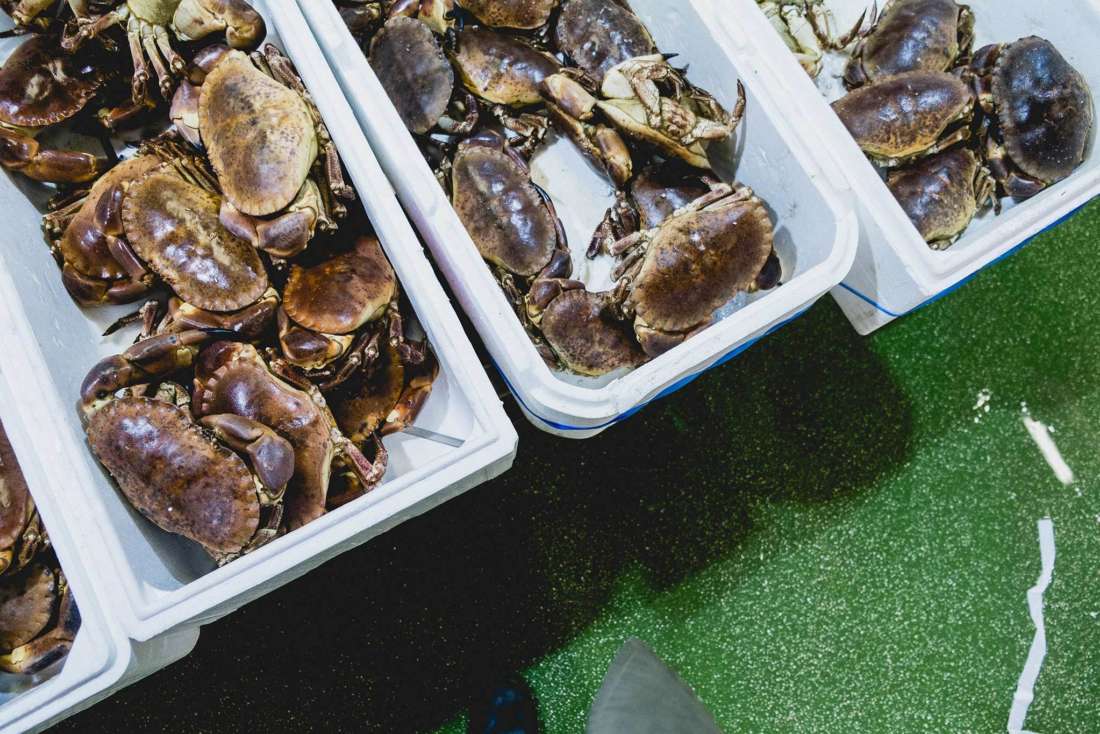 Products range in price and quality. Frozen, farmed, mass produced right up to the freshest, line caught, local, high quality stuff. With produce coming in from overseas as well as by truck from ports as far afield as Aberdeen and Cornwall. You can find almost anything you desire. A large range of seasonal specialties and all different types of fish, shellfish, roe, and anything else that comes from under the deep blue.

The variety means you have to do the rounds to spy the best deals, but be prepared, the fishmongers are known for their coarse language and witty banter. From personal experience it’s hard to match at that time of the morning.

Should you need a cuppa and something to munch on before the sensory assault, there is a fantastic traditional English cafe, which serves as a hangout for the fishmongers in their white coats and knee high wellies. Go for the scallop and bacon roll – so delicious and greasy.

We had a big crowd of about a dozen coming in the evening so we spent about sixty pounds on a mixture of prawns, lobsters, crabs and fresh water mud bugs or crawfish. The best deal being a big bag of miscellaneous claws and nippers for a tenner.

We raced the cargo back to our respective refrigerators and then went on about our work days, before reconnecting later to put together the feast. 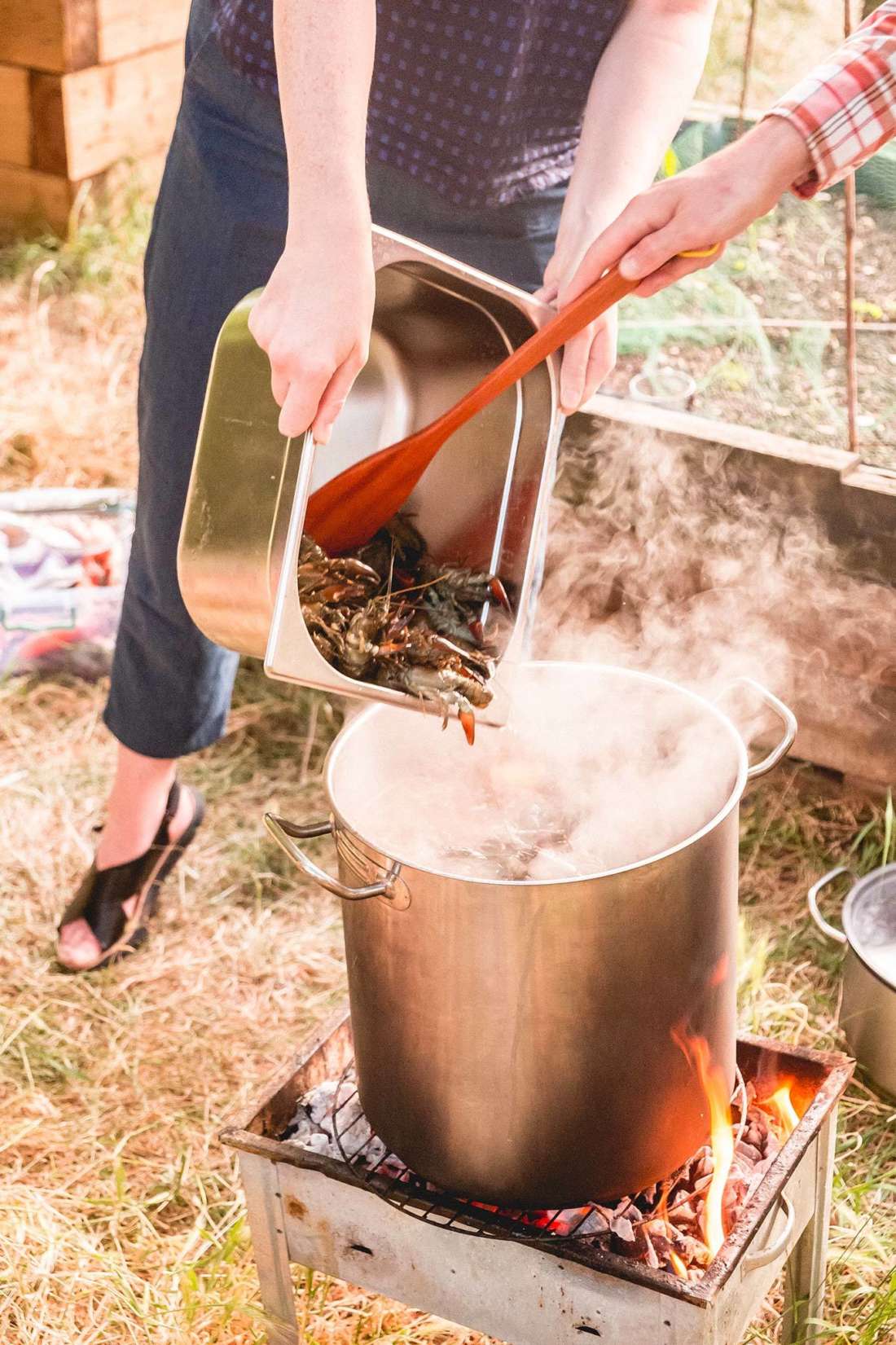 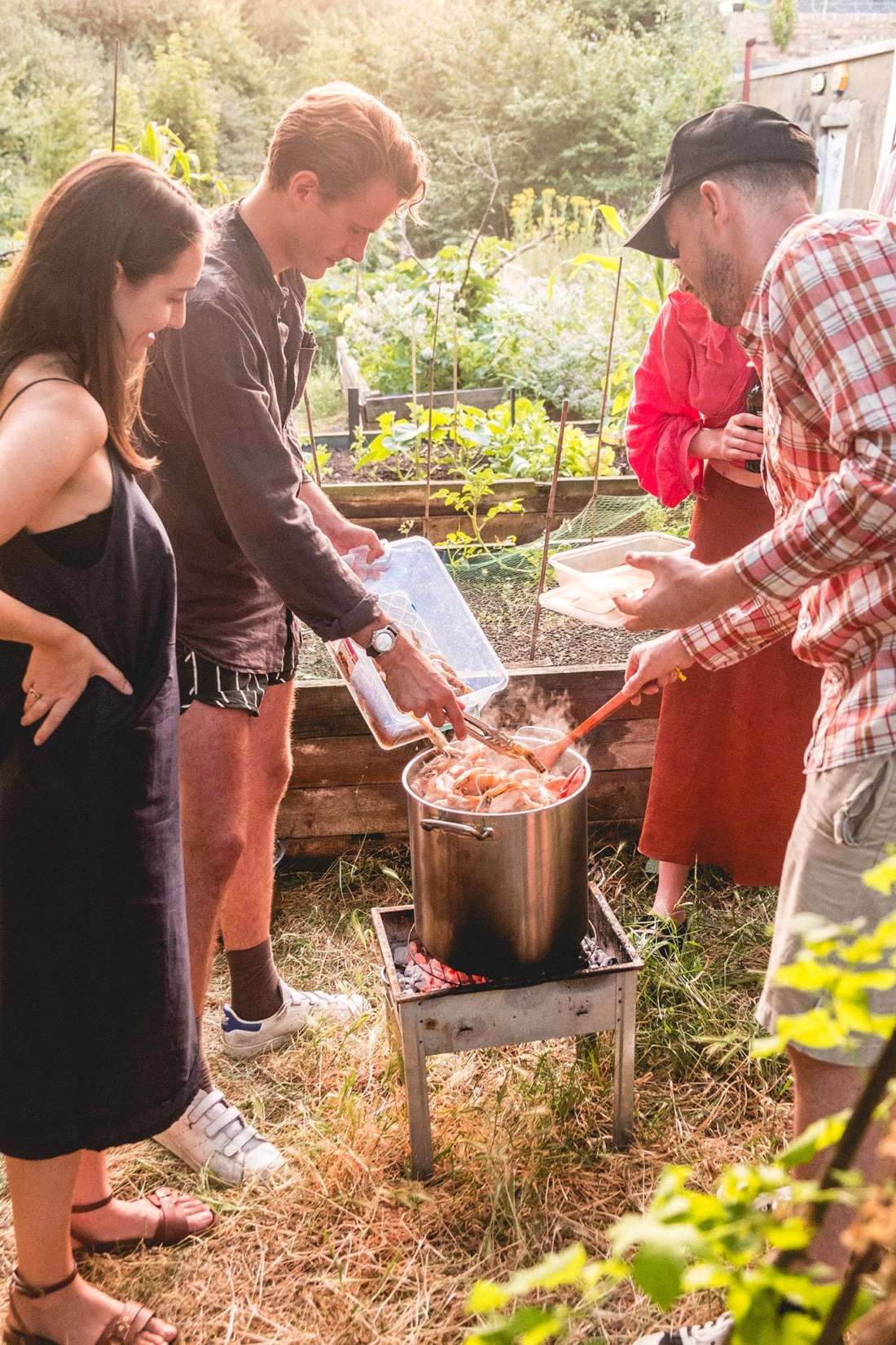 The most important part of a seafood boil of any type is the seasoning for the water you’re planning on cooking in. You won’t drink the broth but it must contain enough flavour to infiltrate all of those critters cooking in the pot. It’s also nice to throw in some potatoes and corn to eat alongside all the seafood. Those potatoes really take on the flavour of the seasoned pot liquor.

I had heard of the American seafood seasoning “Old Bay” so I set about researching its contents and reverse engineering something close. Here’s where I got too.

Makes about a cup.

You need to use a lot of this stuff to really season all the bits you have in the pot. Really go for it, until the liquor is very red and potent smelling (I used most of a cup for about 6l water). The flavour will seep into whatever you have decided to boil but it will not overwhelm the delicate flavour of the seafood, don’t worry. Save a pinch or two to sprinkle over the finished product.

Bring the seasoned pot liquor to a boil and add the potatoes and corn, once they are done to your liking take them out and begin adding the seafood, biggest things first and the smallest last. We did this over a timespan of 8-10 minutes. We had a lot of larger sized items. The smaller the seafood the quicker it cooks – use your judgement. Depending on what’s around at the time you could use a mixture of mussels, prawns, pipis, clams, crabs or even crayfish if you’ve got a few lying round. You could even add some fish heads or a few chunks of firm fleshed fish if that was what was at your disposal. Then take the pot off the heat and let it steep for around 20 mins. Less if you have only used small quick cooking things. This is crucial. It helps impart the flavour of the liquor evenly. Finally strain the pot of all liquid and discard.

Now the big reveal, dump all of the contents out of the pot onto your chosen flat surface – covered with a sheet of plastic, we used opened out rubbish sacks covered in newspaper – the ground, the back of a ute, or a table at the park will all work perfectly. Then it’s time to get messy and start feasting. We served ours with white bread and bowls of garlic butter, but honestly just the contents of the pot would suffice. 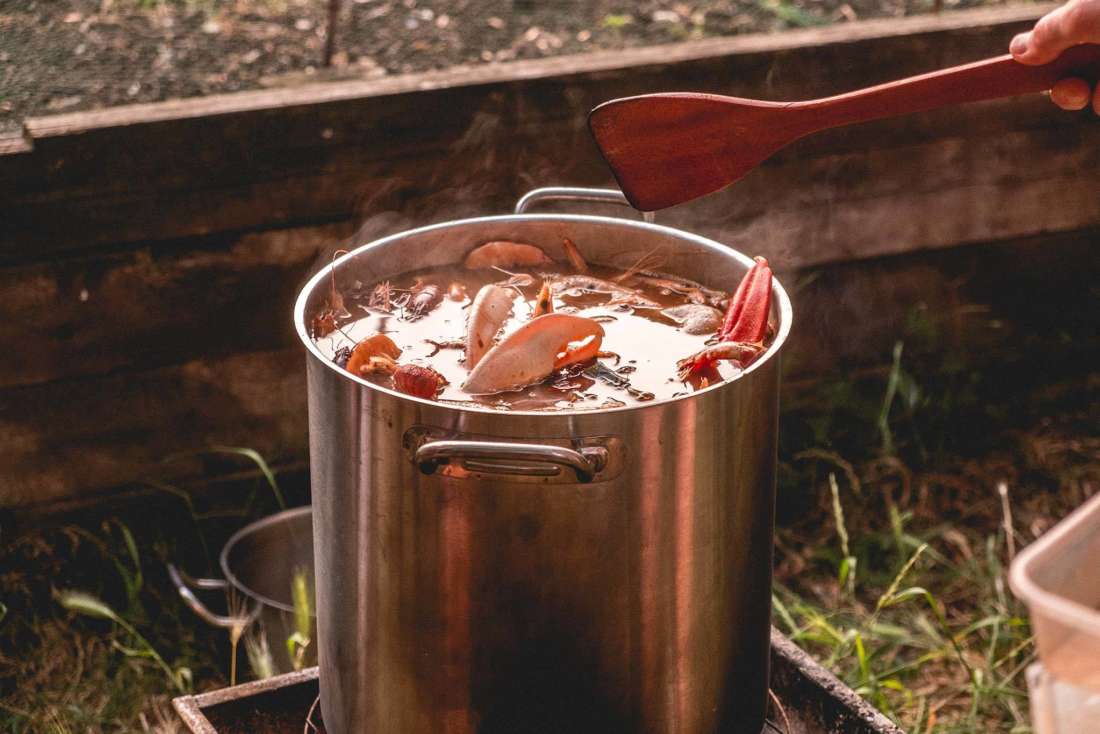 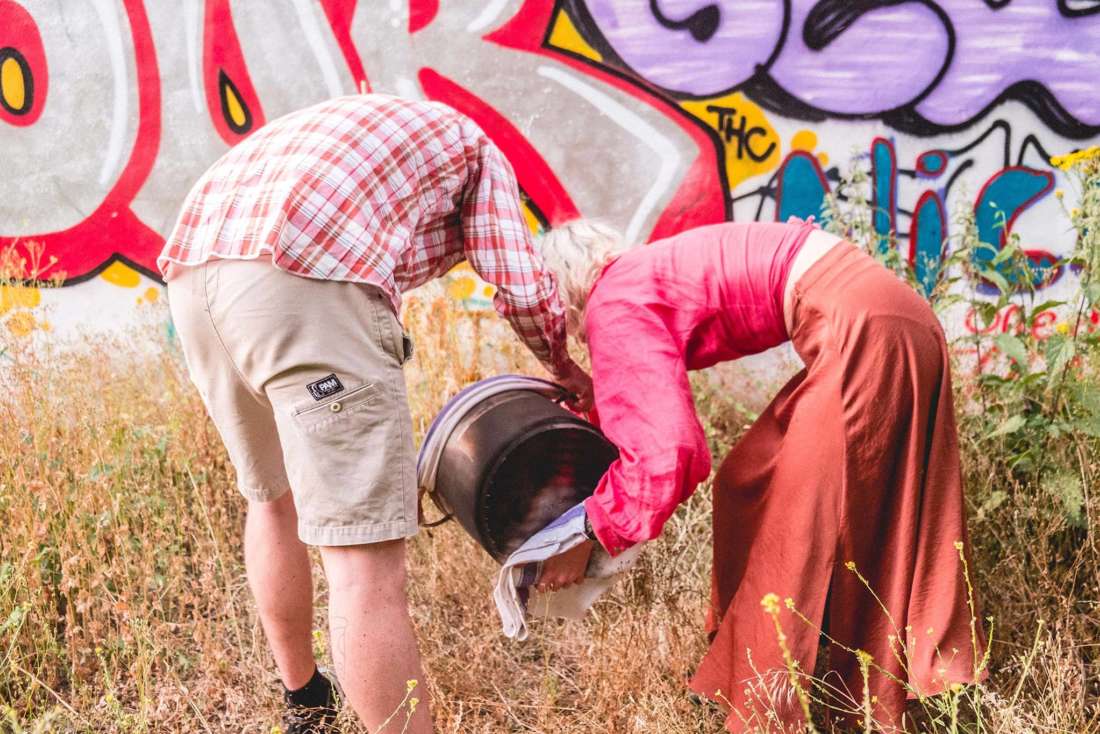 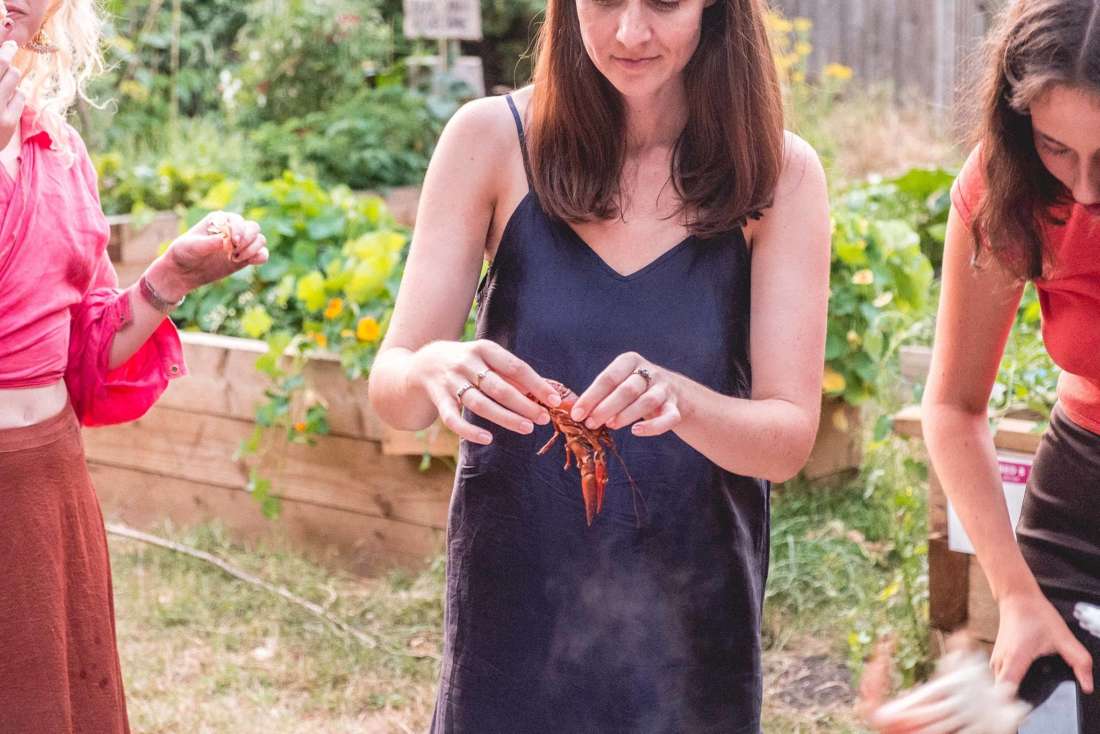 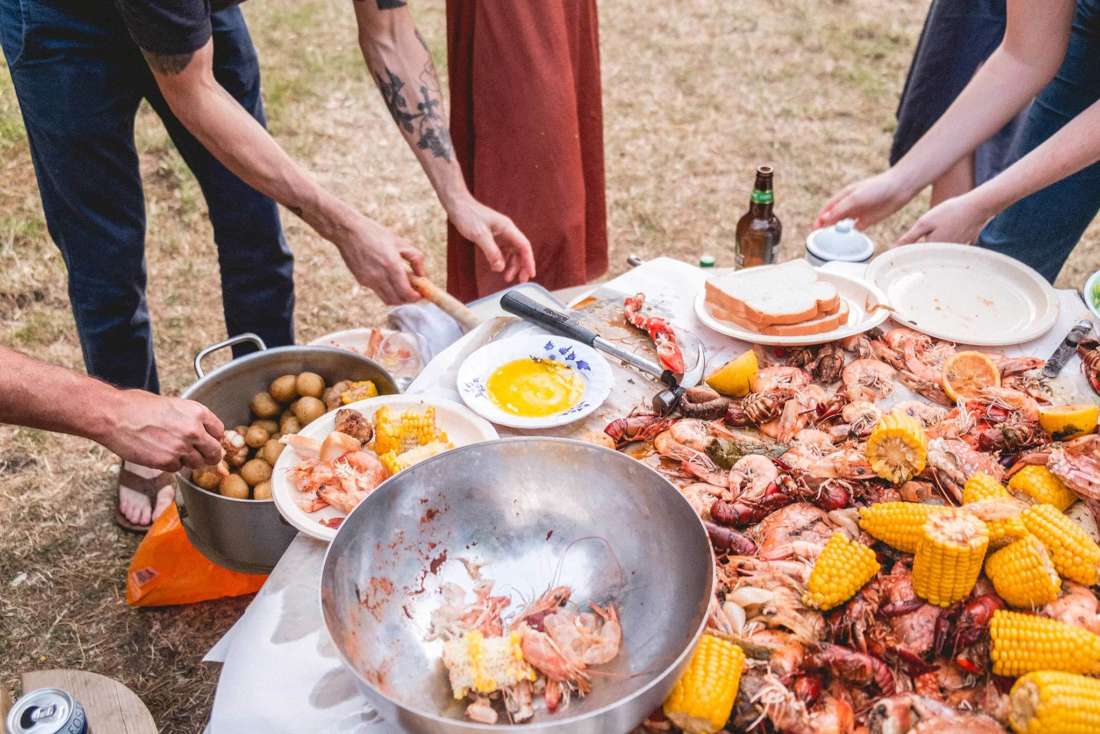 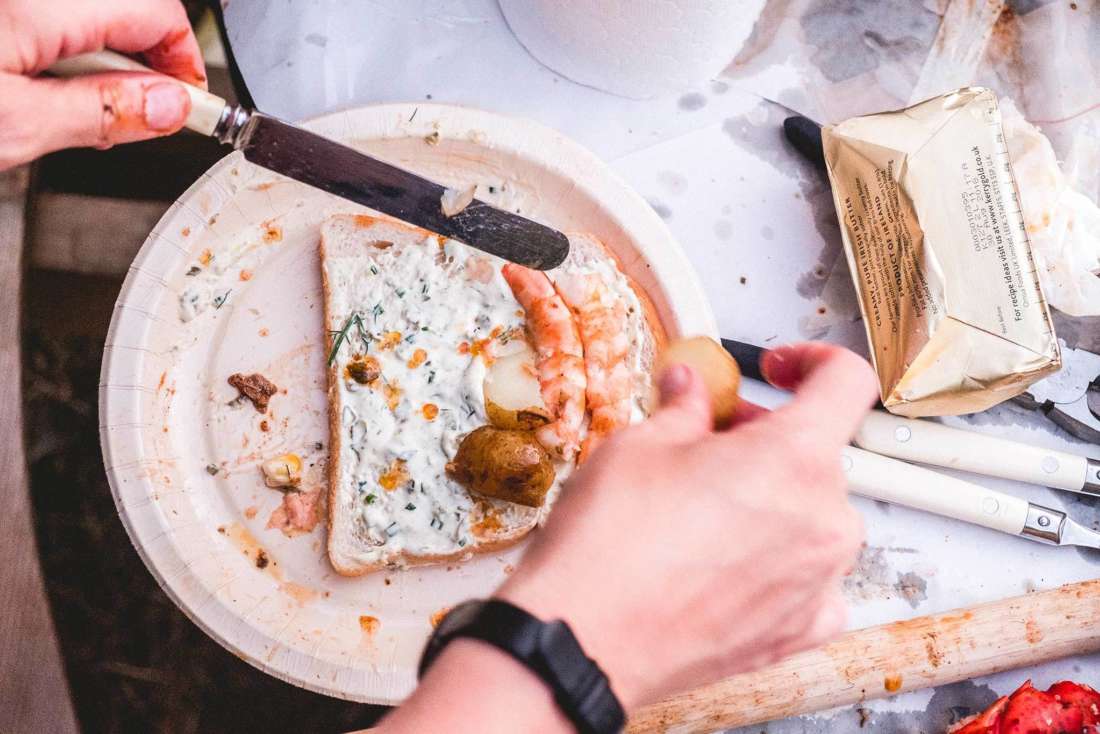