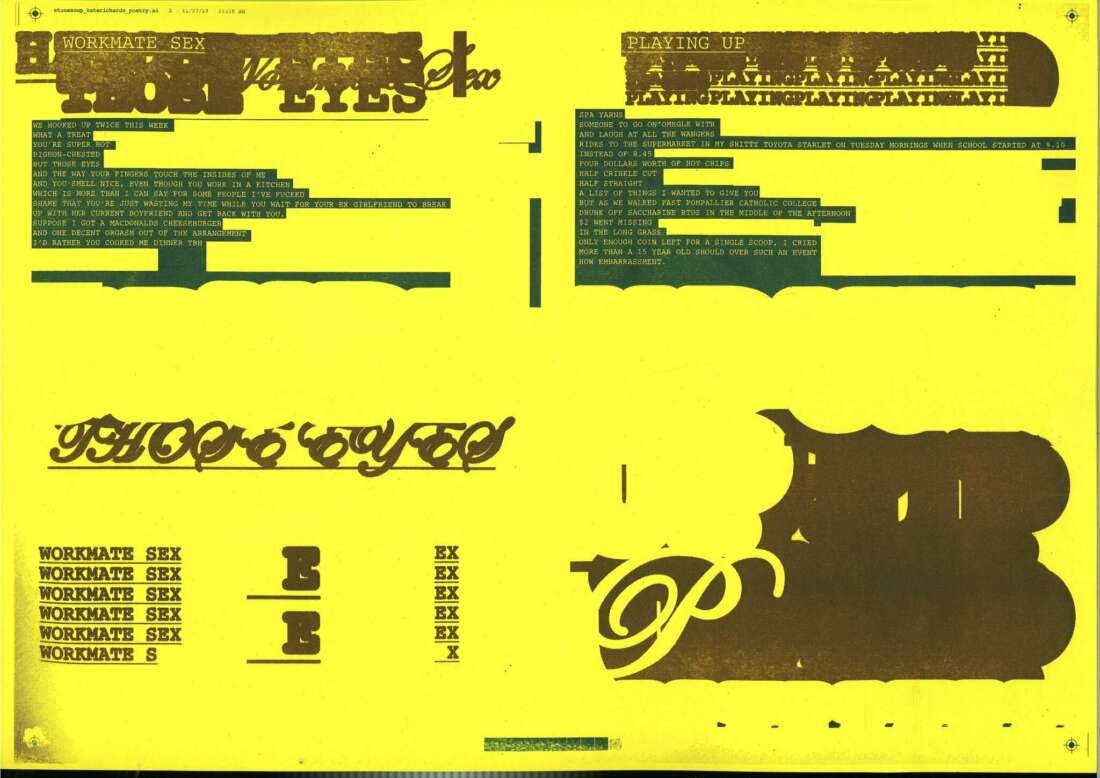 We hooked up twice this week
What a treat
You’re super hot
Pigeon-chested
But those eyes
And the way your fingers touch the insides of me
And you smell nice, even though you work in a kitchen
Which is more than I can say for some people I’ve fucked
Shame that you’re just wasting my time while you wait for your ex girlfriend to break up with her current boyfriend and get back with you.
Suppose I got a McDonald’s cheeseburger
And one decent orgasm out of the arrangement
I’d rather you cooked me dinner tbh

Spa yarns
Someone to go on Omegle with
And laugh at all the wangers
Rides to the supermarket in my shitty Toyota Starlet on Tuesday mornings when school started at 9.10
Instead of 8.45
Four dollars worth of hot chips
Half crinkle cut
Half straight
A list of things I wanted to give you
But as we walked past Pompallier Catholic College
Drunk off saccharine RTDs in the middle of the afternoon
$2 went missing
In the long grass
Only enough coin left for a single scoop, I cried
More than a 15 year old should over such an event
How embarrassment. 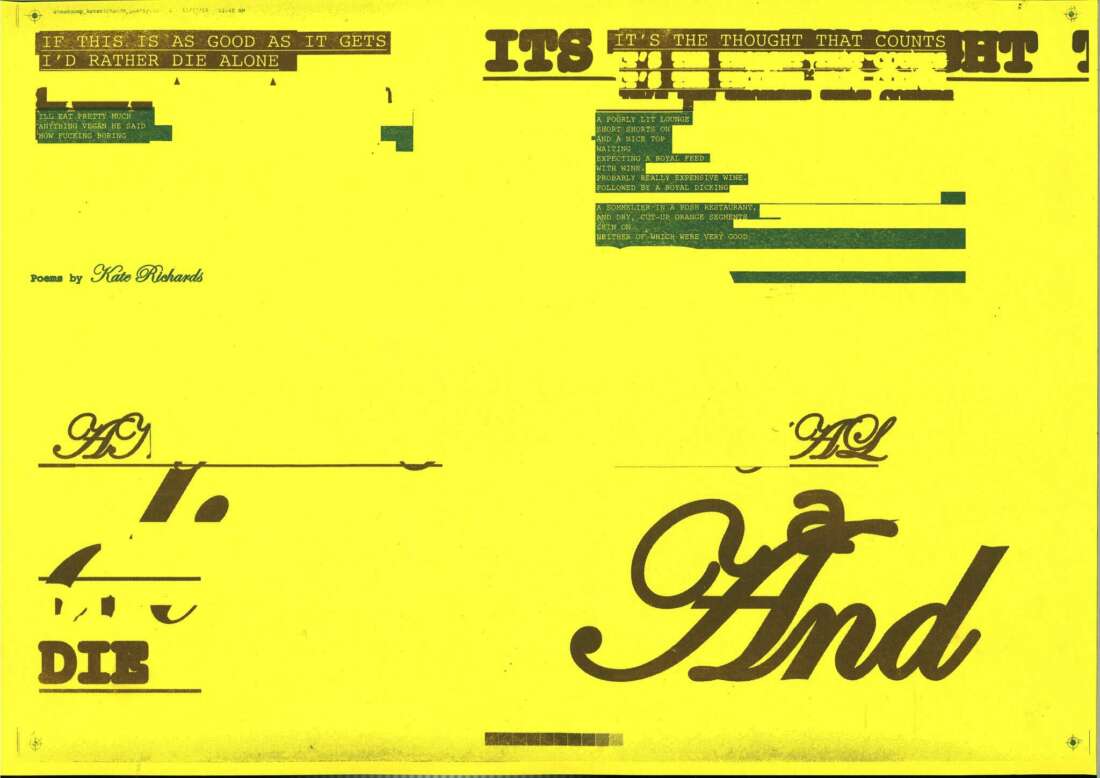 If this is as good as it gets, I’d rather die alone.

It’s the thought that counts?

A sommelier in a posh restaurant, you gave me wet kisses
And dry, cut-up orange segments
Skin on
Neither of which were very good