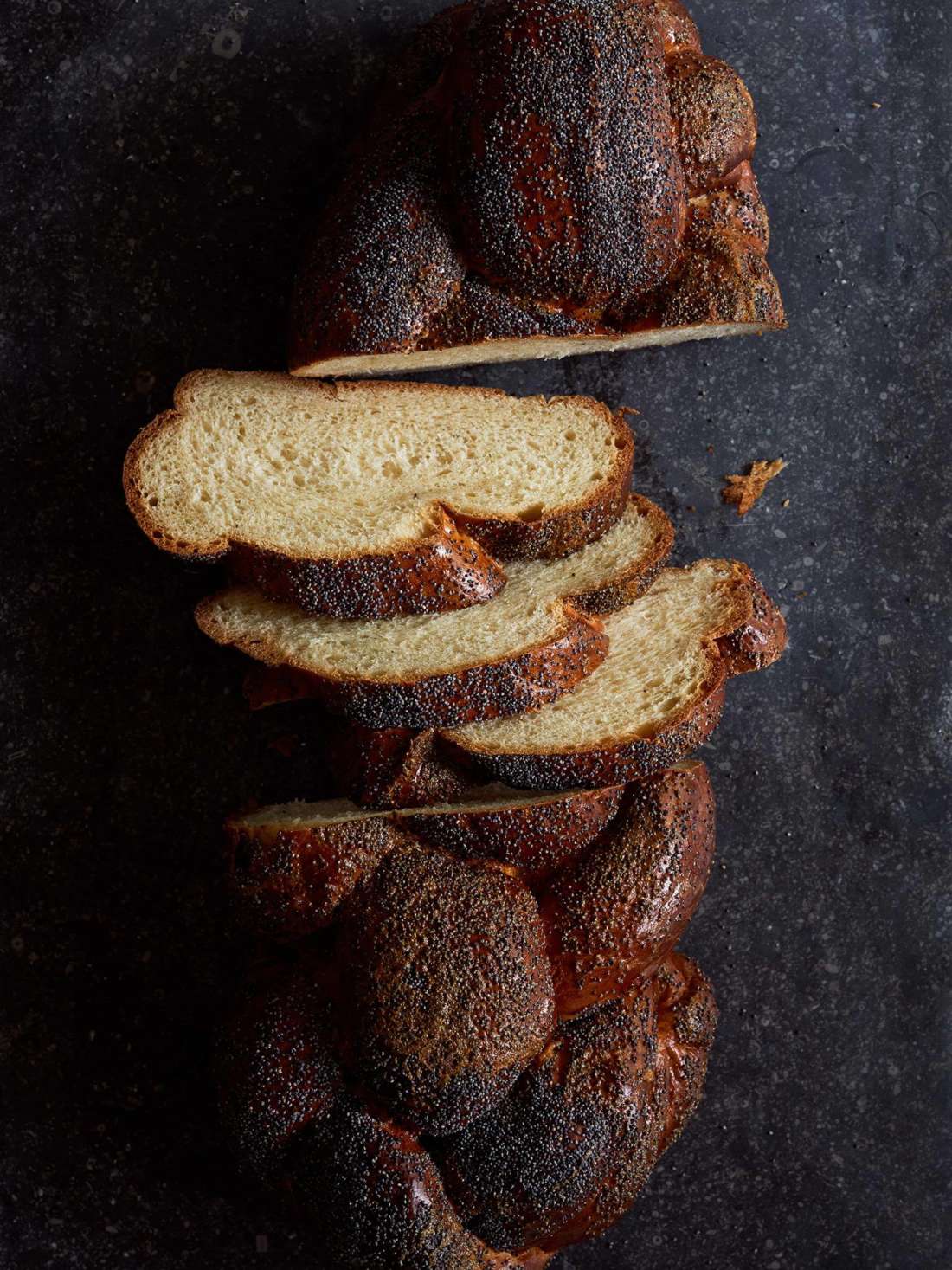 Milk and Meat – a love letter

Religion, it’s a funny thing. I grew up in a family that didn’t give two hoots about God, or maybe we just didn’t know two hoots about him…or her. Look at that, already stirring the religious pot.

To be honest, I was actually that pretentious know-it-all ten year old that found smug satisfaction in attesting to my teachers, family and friends that God doesn’t exist and how I had the proof! What fun I must have been to have around. Neither my family or I passed any judgement on those who chose a religious life, we just had enough quirky ritual of our own to consider making room for another person in our lives. Let alone church.

Yet somehow, out of twenty odd thousand Jewish folk in New Zealand, I’ve hooked up with one of em’. And while my lovely Jewish-man-friend Elliot’s family isn’t that strict in their practice, it is still very much a part of their lives and his. So in many ways, it’s now a big part of mine too.

After a recent road trip down a scorching American highway earlier this year left us gasping for a glass or two of wine to calm our frayed nerves, Elliot, caught up in the moment, and the wine, asked me to marry him. Catch is, one is not technically Jewish if the mother isn’t — I’m not — which means any future offspring wouldn’t make the cut to officially “join the club”. One point for the matriarchy, yippee! No points for me…yet. If I was going to get hitched, that meant it was time to get serious. Did this mean, given I’d said yes, I was considering converting to Judaism?

Fast-forward to today and I am officially embarking on this transition. Mostly, I feel committed and enthusiastic, but sometimes I wonder, can I really do this? An orthodox conversion is no walk in the park.

What do I have to do you ask? Well, first and foremost, live within walking distance of the Synagogue, and from sundown Friday to sundown Saturday, 24 hours of enforced rest, which is taken very literally; no cooking, no turning lights on and off, no driving. Essentially a time warp back to prehistoric days of no cars or internet. With summer fast approaching, we’d rather be dining out, chowing down on good food and slurping back a cocktail, or two. But then, I kind of appreciate this strange but relaxing ritual, forced to unwind at the end of the week.

The biggest adjustment though, gnawing most at the back of my mind, is that bit about shovelling our mouths with food and wine. With conversion comes a new diet, a kosher diet. I won’t get into the nitty gritty but one of the standouts for me is the prohibition of consuming milk and meat together. No more juicy steaks with herby butter oozing over that perfectly grilled crust. What about a cheeseburger? Forget about it!

But I challenge you to meet a Jewish family and their friends and not be charmed by the warmth, humour and instant net of cultural richness that pulls you in. I may not be able to eat that butter-laden steak — at least not in front of the Rabbi — but the upshot of this conversion is that every Friday night I know there is a Shabbat dinner amongst a community within which I am welcome. Where there is beautifully braided sweet Challah bread and meals which resemble small banquets, prepared by my soon to be mother and sister-in-law. A revolving cast of regulars and special guests trickle through the door, long conversations both serious and silly, shared over food, and more food fill the night, always finishing with tea, something sweet and then more gabbing. Jewish traditions draw us to the table and into community at the end of the week, this has become my new normal and I wouldn’t have it any other way. Elliot is more motivated by culture than prayer, and once you throw that into the mix you’ve got my attention. Some people marry for milk and meat, I’m doing it for feasts and conviviality…and love, of course.

Put 1kg of the flour into a large bowl. Don’t be shy with the bowl size. Make a well in the middle and pour in the warm water. Add the yeast and almost all of the sugar, reserving 2 tablespoons for later. Stir until combined then set aside in a warm place for 15 minutes or until the yeast mixture is foamy. After yeast has foamed, add salt, 2 tablespoons of sugar, and the melted honey to the well. Mix and wait for the mixture to become foamy again.

Add eggs and oil together, gradually incorporating the rest of the flour to the wet mixture until it resembles a ball of unruly dough. Pour this onto a clean counter and knead until it comes together, about 10 minutes. Dough should be sticky but not so much that it sticks to the counter. I like to slowly add more flour until it’s a smooth, slightly sticky, but manageable ball of dough.

Place dough into a lightly oiled large bowl, set aside in a warm place for around two hours or until it has doubled in size. Watch this as sometimes in warmer months, or cosy homes, it can happen sooner.

When the dough has doubled in size, divide into two pieces. Divide each ball of dough into three equal balls, rolling out into long strands. Cinch the tops of strands together then plait the dough as you would long hair. Cinch the bottom of the finished strands together, tucking both top and bottom ends underneath the braided dough to cover the seams. If you want to be adventurous google other ways to plait the bread, I prefer a four strand plait myself. The finished loaf can be frozen and defrosted five hours prior to baking for another day.

Preheat oven to 180C. Put the loaves on tray lined with baking paper and let rise for 30 minutes to an hour. Twenty minutes into the rising time, brush with a thin coat of egg wash. Repeat again just before putting loaves into oven and sprinkle with sesame or poppy seed, or both.

Bake loaves for 45 minutes, half-way through brush again with egg wash. You know the bread is done when it is firm and sounds hollow when you tap the bottom. Let cool on wire rack for 20 minutes.

Makes delicious French toast the next day, or toasted slices are super for chicken parfait.