The food movement has a tendency to deify heirloom seeds, and for good reason — they store incalculable genetic value and maintain diversity in a food system which has been engineered towards monoculture farmed with industrial chemicals.

Michael Pollan wrote “seeds have the power to preserve species, to enhance cultural as well as genetic diversity, to counter economic monopoly and to check the advance of conformity on all its many fronts.” But Dan Barber, another hero of the food movement, is liberating this position from applying exclusively to heirlooms by starting a cutting-edge seed company, Row 7 Seeds, with plant breeder Michael Mazourek and seedsman Matthew Goldfarb. 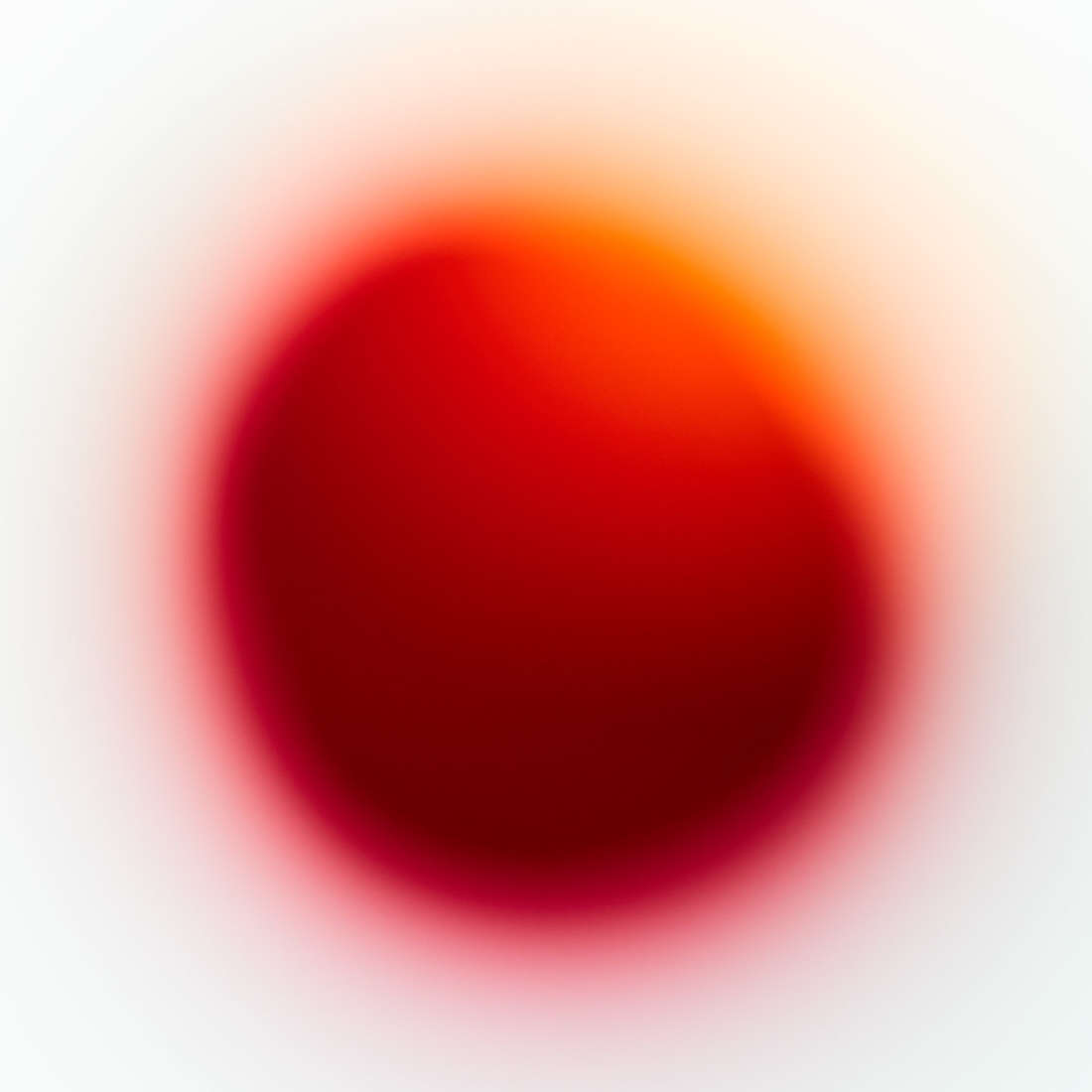 The primary pursuit of any good chef is flavour, so it is common for chefs to gravitate towards heirloom varieties. “Rightfully,” said Dan Barber in an Edible Education lecture at UC Berkeley (available to view here), where he recently talked about his new project, “because breeds of food and grain were actually more delicious in the past,” before the pursuit of efficiency destroyed diversity and flavour in our agriculture. And they look interesting, eschewing the uniformity of an industrial crop. “Misshapen heirlooms, with their celebrated lumps and bumps, have become the standard for good flavour” he states in his essential book The Third Plate.

Dan is famous for championing produce at his restaurant Blue Hill at Stone Barns in Upstate New York, currently ranked number 11 in the world, pushing vegetables to the forefront of his dishes and even serving guests a course of raw carrots, unaccompanied, straight from the garden. He is an advocate of building food culture with which to drive a transformation of agriculture towards a just and sustainable food system. And the farm at Stone Barns has been focused on growing delicious heirloom varieties for his restaurant.

But in 2009, almost the entire tomato crop of approximately 20 heirloom varieties was wiped out by a infestation of late blight. The sole survivors were a small plot of a new variety called Mountain Magics, bred at Cornell University to be resistant to late blight, that Blue Hills farmer Jack Algiere had planted that season as a trial. Dan was sceptical, they looked “too perfect” and he assumed they would have no flavour. He was wrong, and quickly conceded that they actually had better flavour than his prized heirlooms — and they had provided a crop in spite of the blight.

Jack had challenged Dan’s prejudice with his Mountain Magics and explained that he believed that heirlooms are “great to have, and they have been saved for a reason. But they capture a moment in time. That can be a burden as well as a joy.” A door had opened for Dan, leading to a realisation that good plant breeding with the right incentives could offer a lot of space for opportunity between an heirloom stuck in time and a seed genetically engineered by a mega corporation like Monsanto. Where traditional plant-breeding techniques practised for many thousands of years, combined with the latest technology in gene mapping to identify desirable traits, could continue to evolve and build more flavour, nutrition, diversity and resilience into our agriculture.

In The Third Plate, Dan describes how the Mountain Magics event led to a group of plant breeders from Cornell being invited to Stone Barns for a meal and the beginning of a dialogue about the place of plant breeding in the pursuit of delicious food. Michael Mazourek spoke passionately about breeding in a world disconnected from its food. “Before we even begin with an idea for a seed,” Michael is quoted, “we need to prove there is a market… the whole universe of breeding possibilities gets whittled down to two sentences [on the seed packet], and one of them has to be about yield and the other has to be about uniformity.”

In all my years breeding new varieties — after maybe tens of thousands of trials — no one has ever asked me to breed for flavour. Not one person.

“Breeders aren’t talking to people who care about flavour,” says Barber, “they’re taking to the Walmarts of the world,” and “if you’re selecting for uniformity and yield, you’re selecting against flavour.” But what if we started with what is delicious, he wondered, so he sought Michael out after diner and asked him if he could breed a winter squash like the Mountain Magics, smaller, with a greater intensity of flavour. Michael replied, “in all my years breeding new varieties — after maybe tens of thousands of trials — no one has ever asked me to breed for flavour. Not one person.”

From that meeting of the minds the Honeynut Squash — experimental line 898 — was born and a few years later a small, sweet squash that yielded only slightly less per acre than a commercial variety — just like Dan had requested — was growing in the Stone Barns garden. The Honeynut went on to be a celebrated ingredient on other menus by chefs inspired by its flavour, which resulted in farmers growing it; which resulted in it turning up in farmers’ markets; which resulted in more awareness and demand. And now this sweet, nutritious little squash is sold in Trader Joe’s and Whole Foods stores throughout America and is being used to make baby food and squash seed oil. Chefs had driven the culture which created a market that made it viable for farmers to grow a better ingredient. 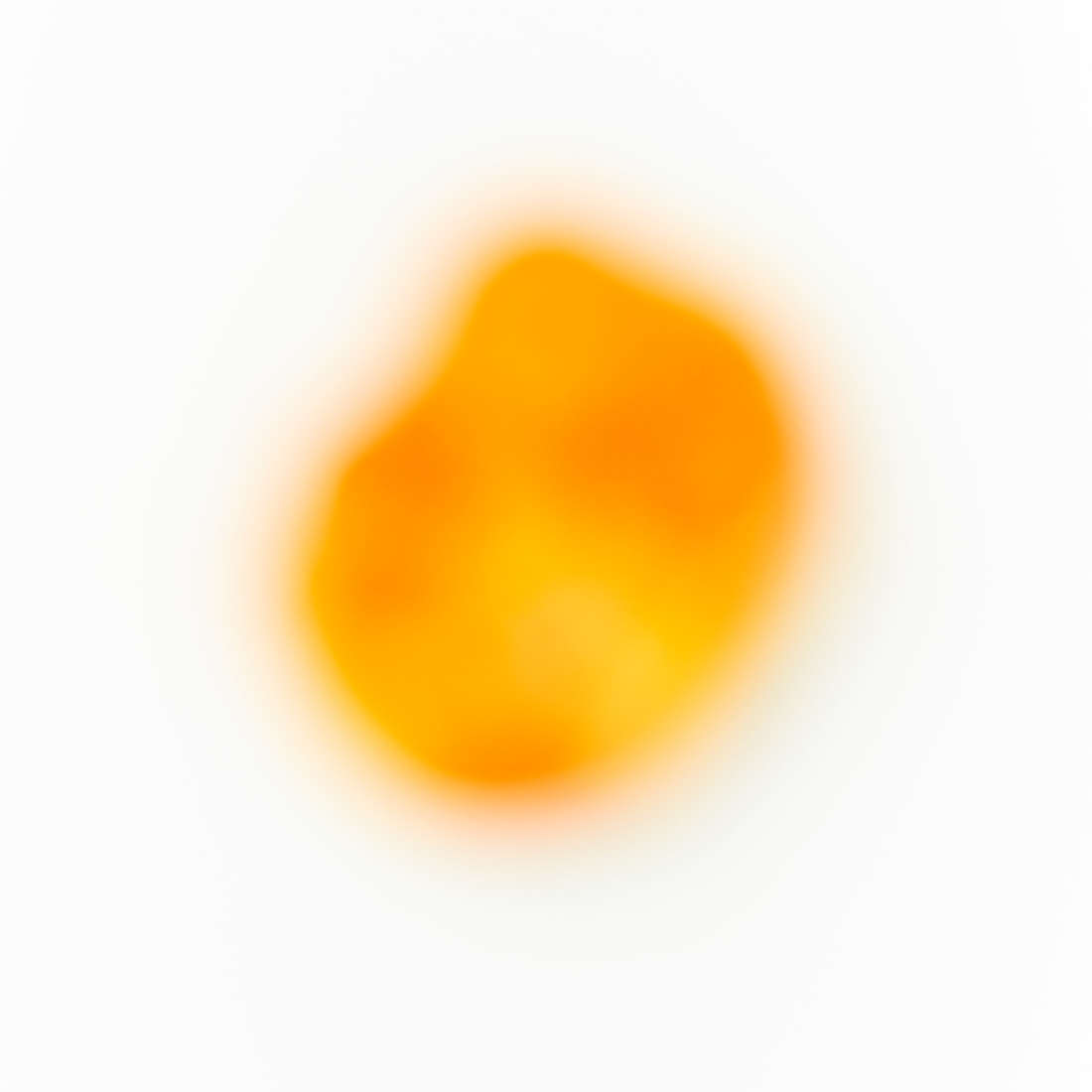 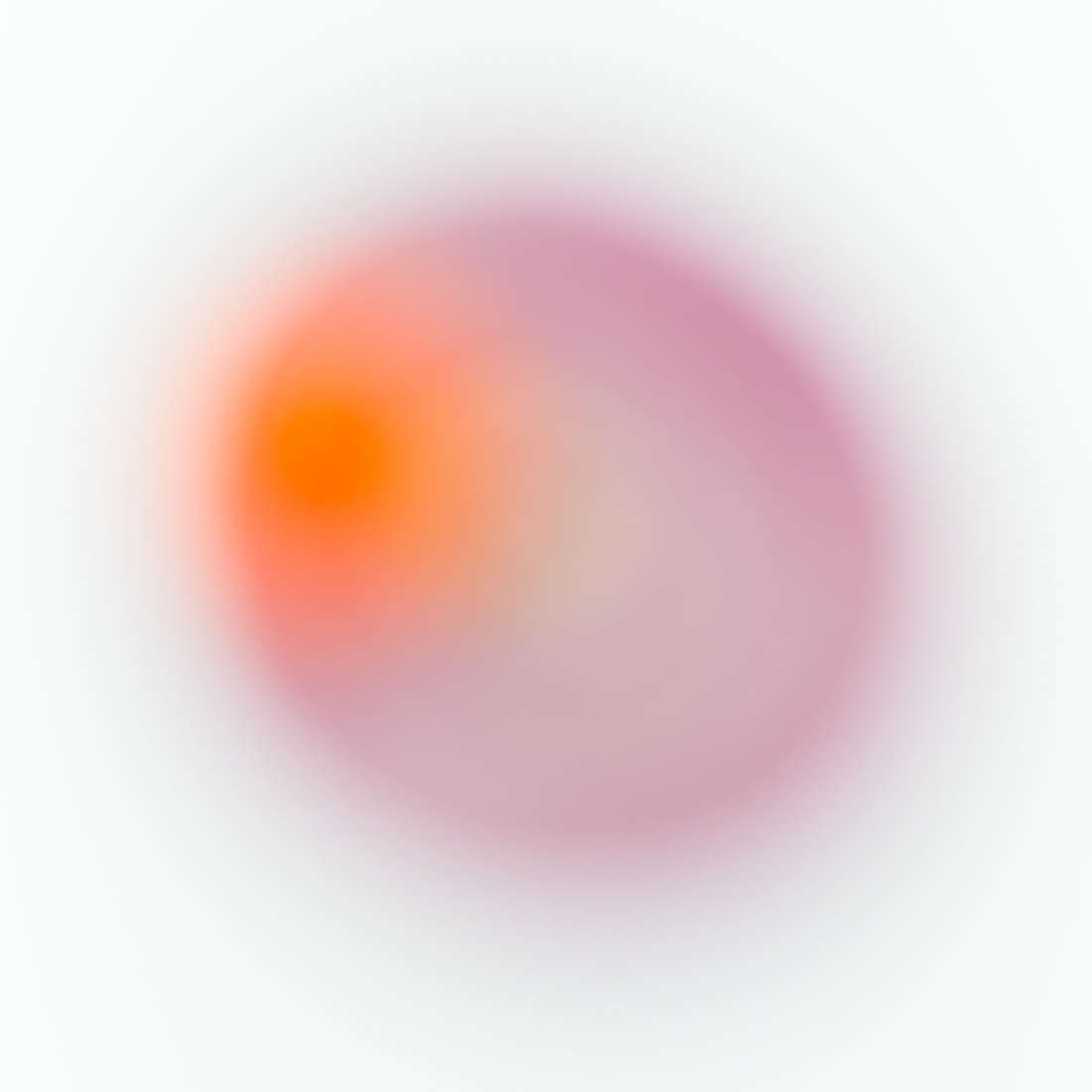 Inspired by the Honeynut’s success, Row 7 Seeds was born earlier this year, and boldly states it seeks to “reimagine the food system from the ground up.” It is a collaboration between Dan Barber; Honeynut creator Michael Mazourek, associate professor of plant breeding and genetics at Cornell; and seedsman Matthew Goldfarb, a researcher at Cornell and organic seed grower who, with his partner Petra Page-Mann, owns and manages a 20-acre organic seed farm in Naples, NY.

“Born from a unique cross-pollination of chefs and plant breeders,” they state, “our mission is to change how we eat by fixing how — and what — we grow at scale.” Row 7 hopes to sell seeds that are easier to grow in farms and gardens, taste better and offer more nutrition, and increase seed diversity, accessibility, and affordability.

Row 7 Seeds has some core tenants. Their seeds are co-selected in both the field and the kitchen — they must work in both spheres. They are breeding plants for food, “not property”, so are committed to no patents which restrict research or access and will register their seeds in the USDA’s National Germplasm Resources Laboratory, accessible to all. They are breeding for health, “more flavour, more nutrients”. All seeds are 100% certified organic and non GMO, bred and produced specifically for organic systems, making them stronger and more resilient, designed to thrive without synthetic chemicals. And Row 7 is a ‘participatory community’, a conversation between breeder, farmer and chef, with a licensing structure which redistributes a percentage of its sales to public institutions to help further the research.

Their initial offering will quickly broaden, but currently consists of seven crops. The Badger Flame Beet, mild, sweet and missing beet’s notorious earthiness, which allows it to be served as carpaccio, “sliced raw with salt and lemon juice”, says Dan. The Habanada Pepper, the result of years of crossing, selection and DNA analysis to minimise the habanero’s famous heat while preserving the floral and melon-like flavours inspired by heatless habanero seeds — a quirk of a natural mutation in the field — which Michael was gifted by researchers in New Mexico. A small “creamy, nutty and buttery” potato with a yield Dan says “ranks up there with commercial breeds, but flavour that allows it to be served with only salt.” A cucumber they propose to have “bold and complex flavors long forgotten in cucumbers”, and three varieties of squash, a vegetable Michael has been growing since childhood in his parents’ garden. One of which is the continued evolution of the original Honeynut, and another designed for scale and the processing industry. All three boast thicker skin for improved storage, concentrated flavour, high levels of beta-carotene and a ripeness indicator where the squash declare their readiness on the vine by changing from green to orange. Some of the offering are experimental trial varieties, works in progress that will evolve as feedback emerges. 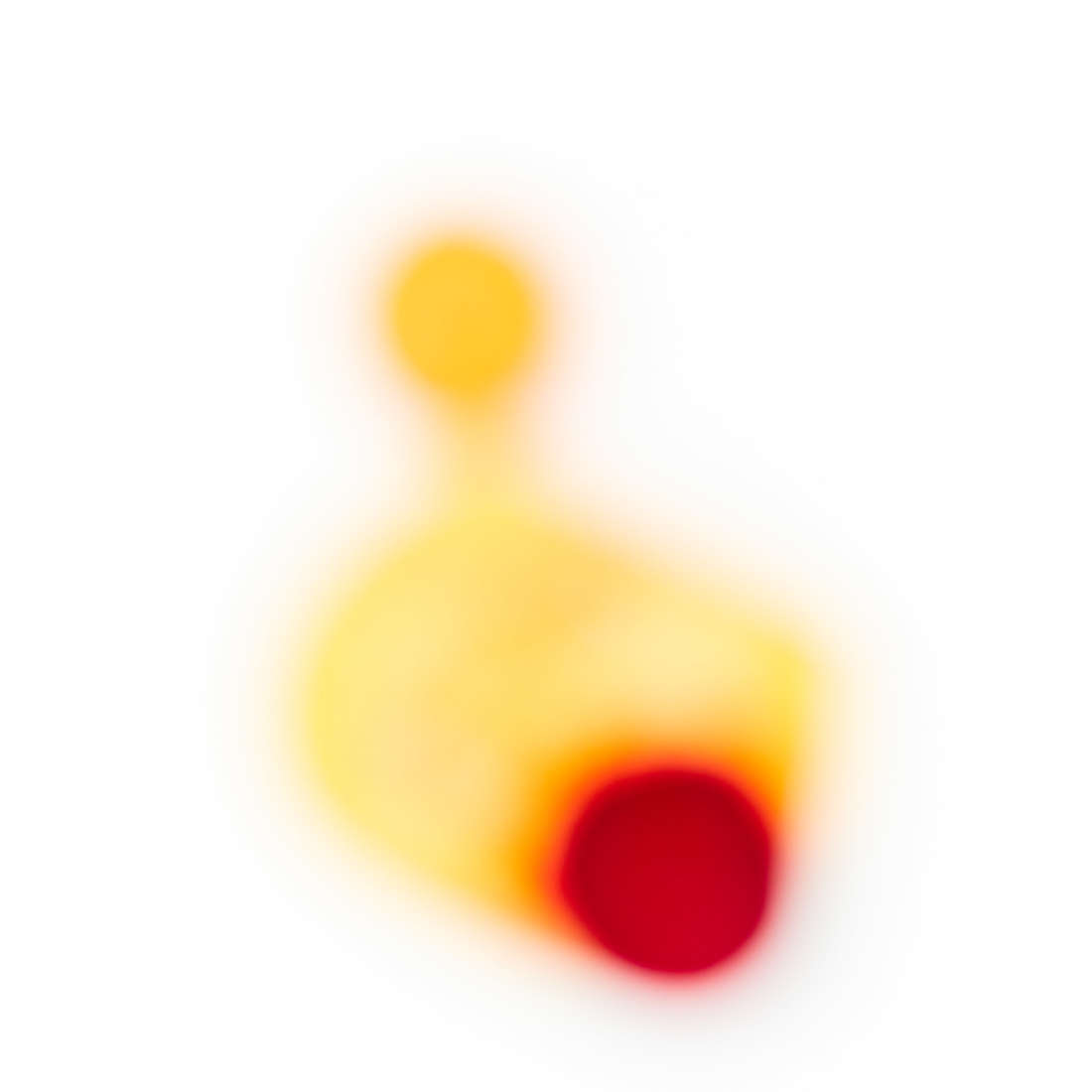 Row 7 is invested in changing our food system, grounded in history, building on the legacy of heirloom crops with ongoing selection, crossing and use of the latest technology. The breeders of the heirlooms we love continued to breed and improve their creations until for whatever reason their work ended and the proceeds were frozen in time. But Dan Barber suggests we can continue to improve “for the environment and the culture, if that’s what we reward”, and that if we breed for flavour and yield it becomes affordable, and “democratises this flavour”.

Working together, farmers, chefs, and breeders can become part of a complex web of relationships that supports the health of the land.

He has coined the term ‘Regenerative Cooking’ or ‘Seed to Farm to Table’, where “the recipe starts in the field”, and plant breeding is an integral part of the food system. He reiterates Michael Pollan’s adage, that in the food movement we can create change through pleasure, and proposes a correspondence between deliciousness and regenerative sustainable agriculture. In The Third Plate, Dan proposes that “working together, farmers, chefs, and breeders can become part of a complex web of relationships that supports the health of the land”, but warns, “those relationships won’t last without a permanent food culture to sustain them”.

This permanent food culture creates the market that makes a shift in agriculture achievable for farmers. And “the onus is on us to change the culture”, he says, “and I put a lot of that weight on chefs, because we have this moment, we have this bully pulpit and we actually can speak to issues that light a fire that creates change”.

Kiwis in the know are eager to get their hands on Row 7 Seeds, for their home or restaurant gardens, but they are not yet available here. But perhaps the question Dan, Michael and Matthew are asking us is; what could we be doing here? Perhaps working to create a food culture which would inspire breeders and farmers to build on the incredible work of heirloom preservation done by the likes of the Koanga Institute, which has a repository of genetics adapted over time to our place, which could hold the foundation of the future of a resilient abundant, and regenerative New Zealand agriculture, accessible to all.