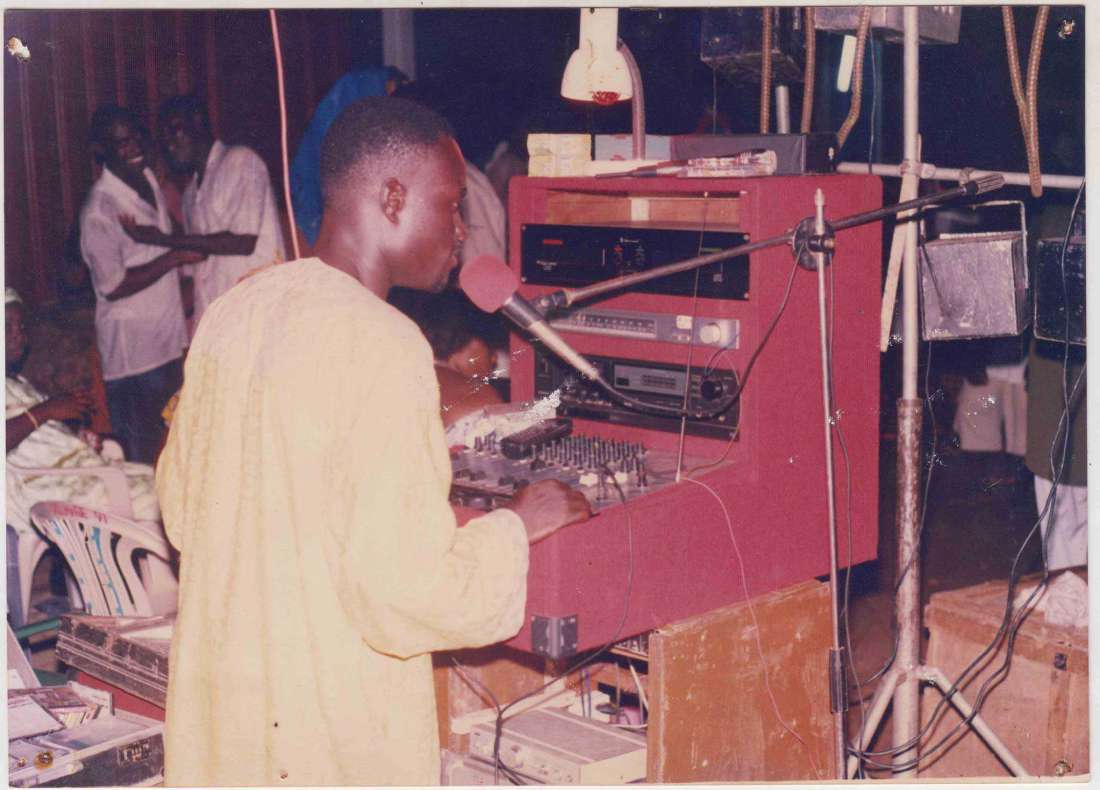 With his debut album Trotro, Ghanian producer DJ Katapila (government name: Ishmael Abbey) re-imagined the rhythms of the traditional Ga music of his homeland through a lens coloured by 90s Detroit techno, Chicago acid house and the club music styles of the Ivory Coast and Togo. In the process, he codified twenty years of working experience as a mobile DJ into a singular sound. While after its release in 2009, Trotro garnered Ishmael a degree of recognition around West Africa, its recent international re-release through Awesome Tapes From Africa looks set to take him around the world. 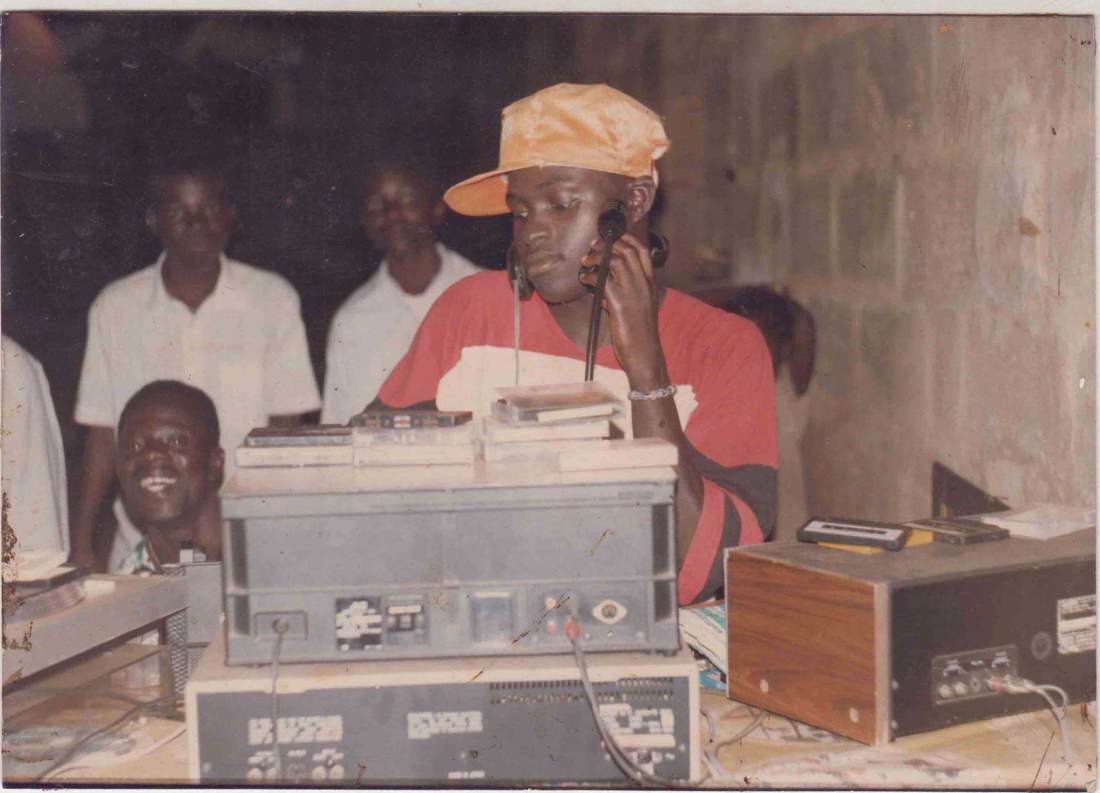 “When the people are dancing, I watch the dancefloor, and I pitch the music to play for them,” he explains. “The BPM [beats per minute tempo] that our people liked [at the time] came from songs we called gbe oh, a music from the coastal area. Coastal people like fast music. Sometimes when we play foreign songs, we will have to pitch them so that people will dance to it. I wanted to make music that was danceable. When I am playing techno music, I will take the beat and mix it with the same rhythm that our local people like.”

Now 43, Ishmael was born in 1973 in the bustling seaside neighbourhood of Jamestown in Accra, the capital of Ghana. Raised at the center of the Ga ethnic culture and tradition, he spent his school years taking part in drumming, chanting and dance groups. “Before I was playing ghe ohe [music], we used to play gyama [music] in school,” he recalls. “I get all the techno songs from gyama. The rhythm comes from gyama.” 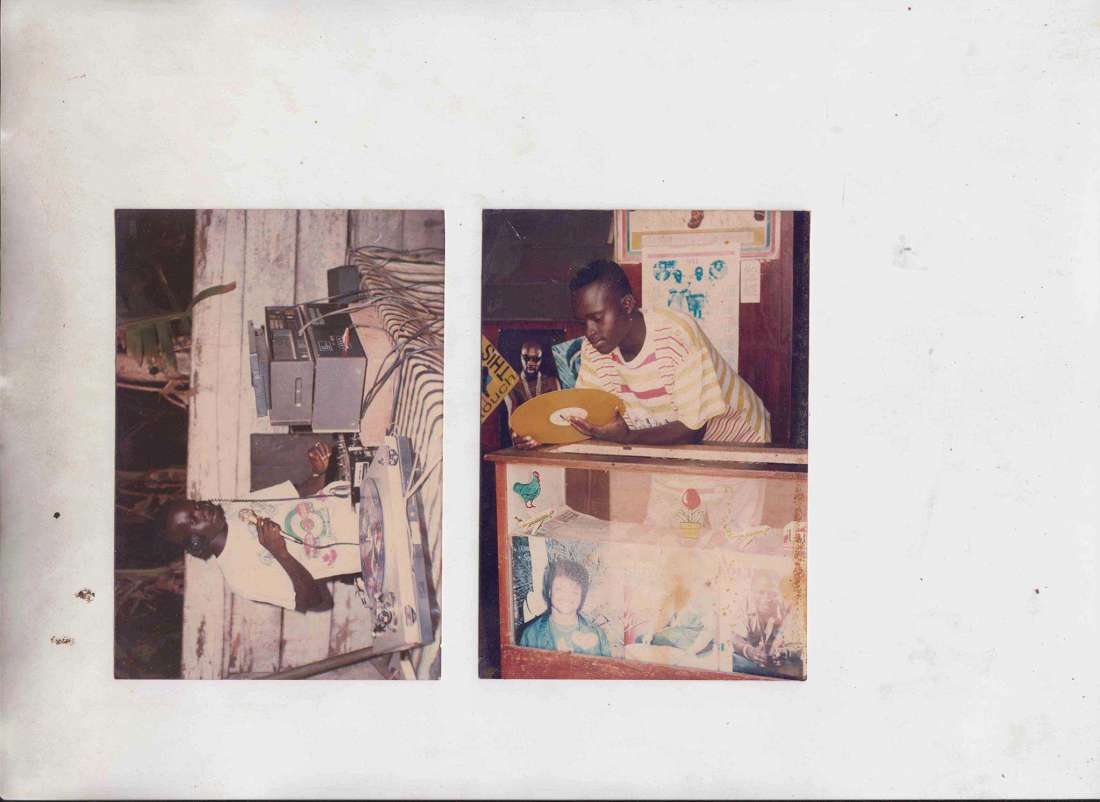 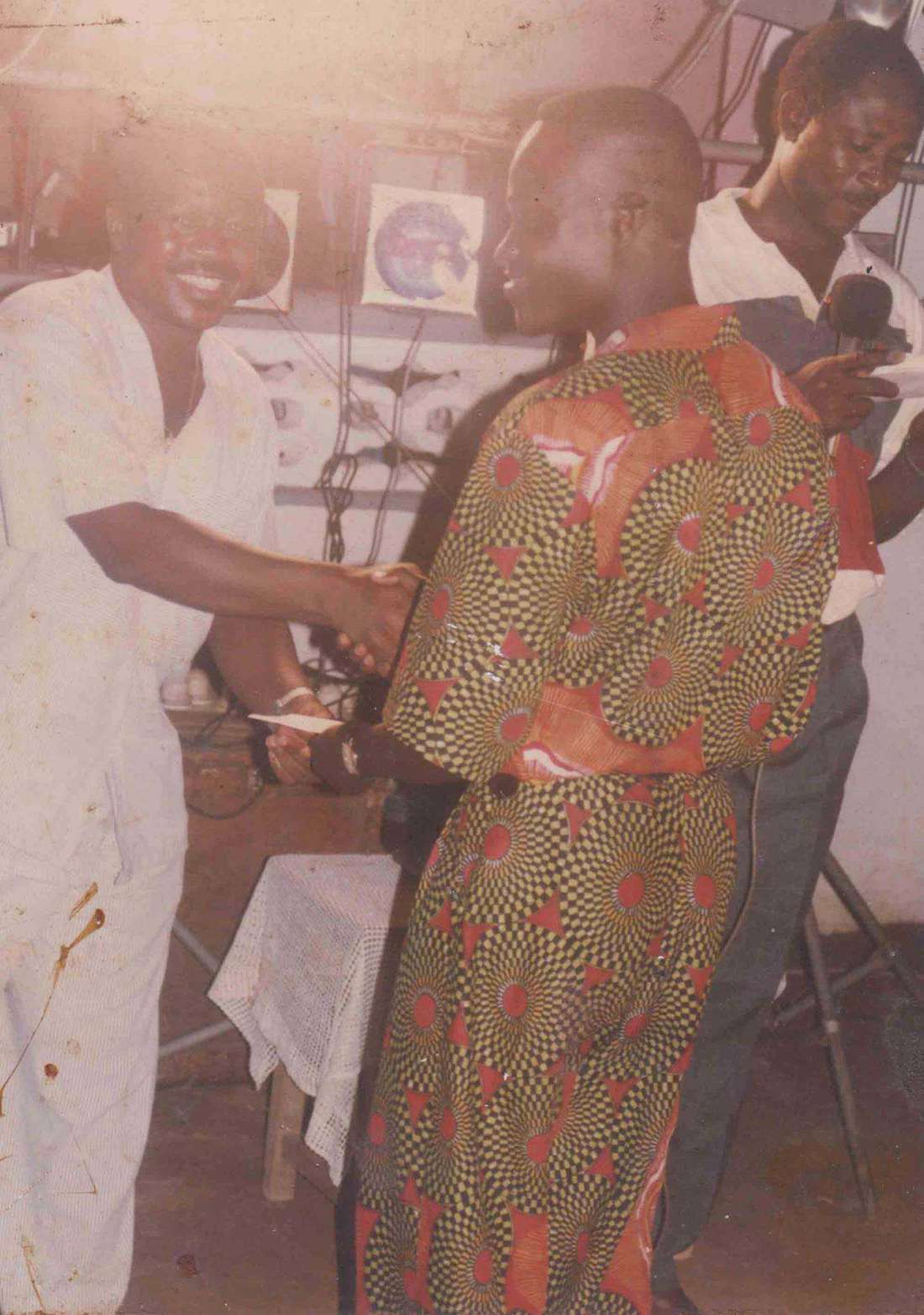 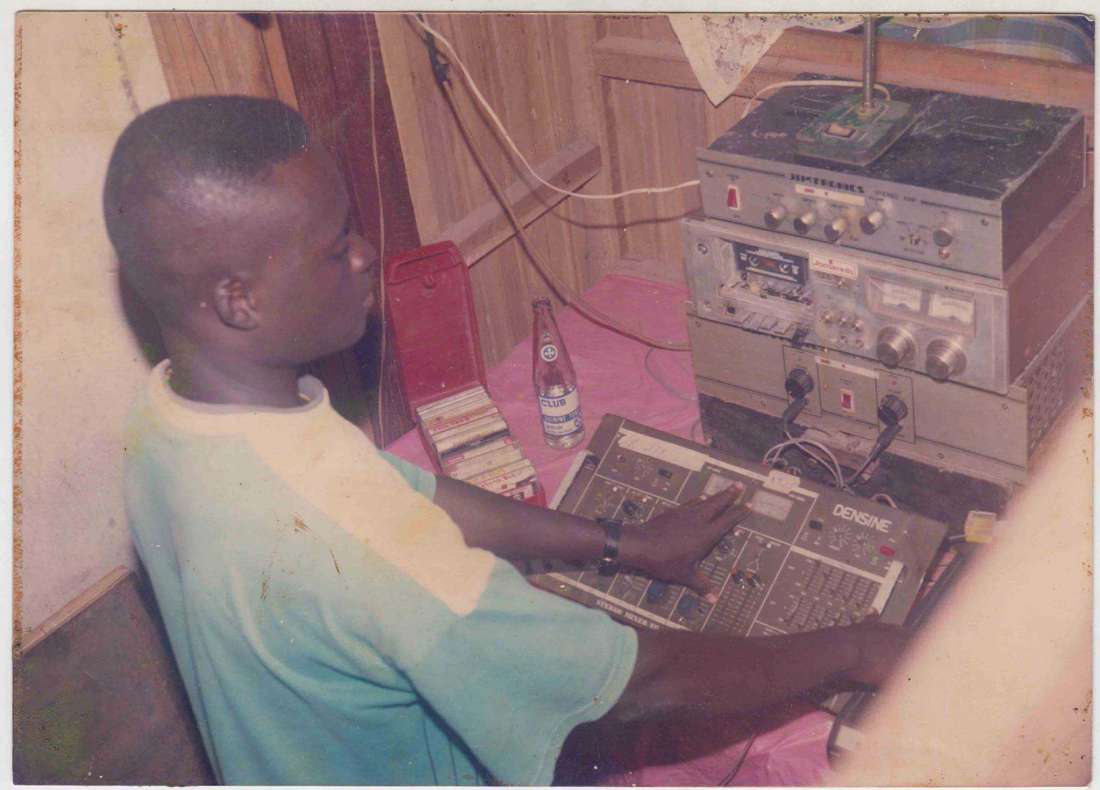 At age fifteen, Ishmael started DJing. “I was short, so I had to stand on a crate to be a DJ,” he recalls. “I would play Rick Astley, Michael Jackson, even though Michael was young like me, C&C Music Factory and some house music.” Ishmael learned with a mobile DJ company. His boss was a pilot and would travel abroad, returning home with music from Europe and China. They played records and cassette tapes and their bread and butter was DJing at the massive multi-day funeral parties held every weekend in Ghana, a tradition he remains part of to this day. “we have all types of songs we play at the funeral, but after we bury the person the feeling changes,” he says. “We have to play songs for them to forget what has happened.”

Through his tireless work ethic in the mobile DJ scene, Ishmael earned the performance name Katapilar, a direct reference to a local construction company called Caterpillar. “They called me ‘music caterpillar’ because I can play music non-stop for three days,” he explains. “I can play all night and then pack up in the morning and drive to the next place and do it all again. I am a DJ, but at the same time, I am an engineer.”

By 1998, Ishmael had begun to insert his own Ga and Twi-language chants and raps into his open-eared DJ sets – a mixture of Chicago house, Detroit techno, 90s dance pop, soca, calypso, highlife, gospel, dancehall and Francophone music. Adding Yamaha DD11 electronic drum pads on top, his DJing began to resemble a live performance and the future template for Trotro slowly shimmered into shape. His potential as a producer wouldn’t be properly realised until his mid-30s though. “My friend gave me Fruity Loops 3,” he remembers. “We didn’t have a lot of computers in West Africa, but because I DJ, I had one in my room. Then I started creating something.” 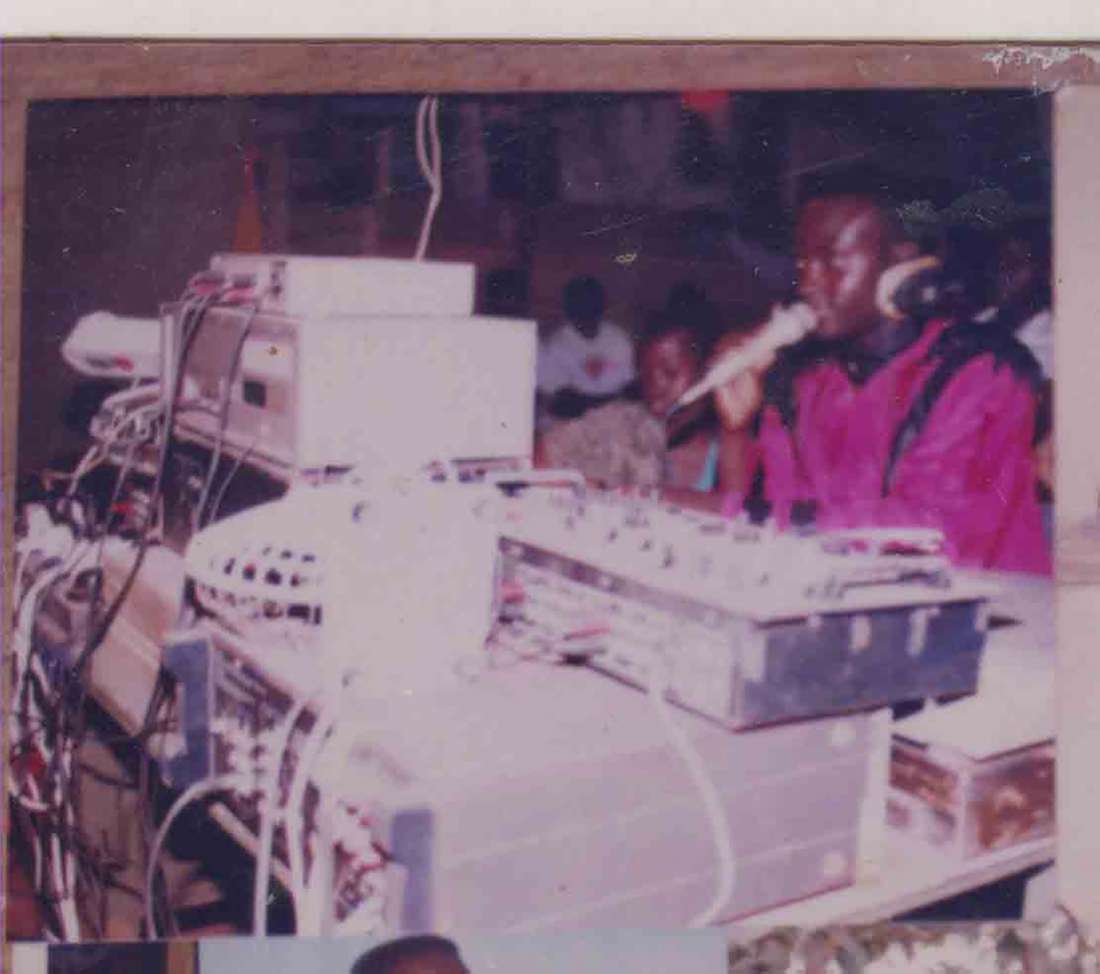 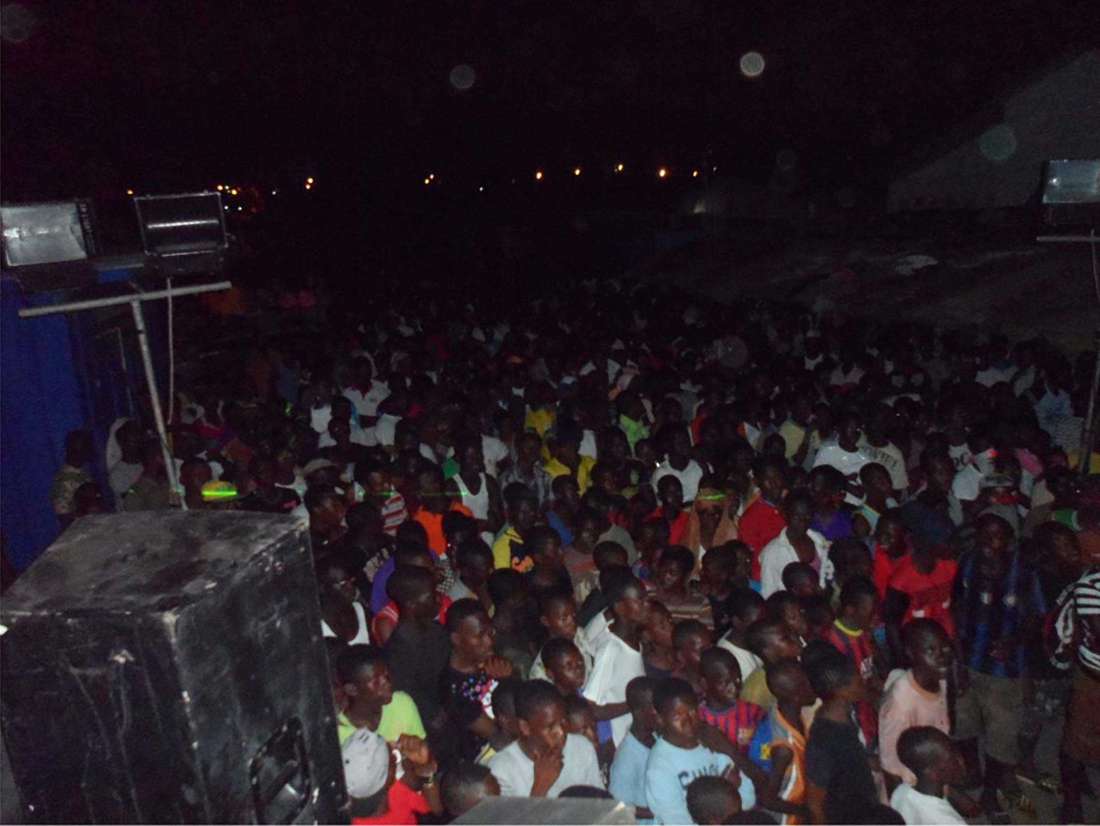 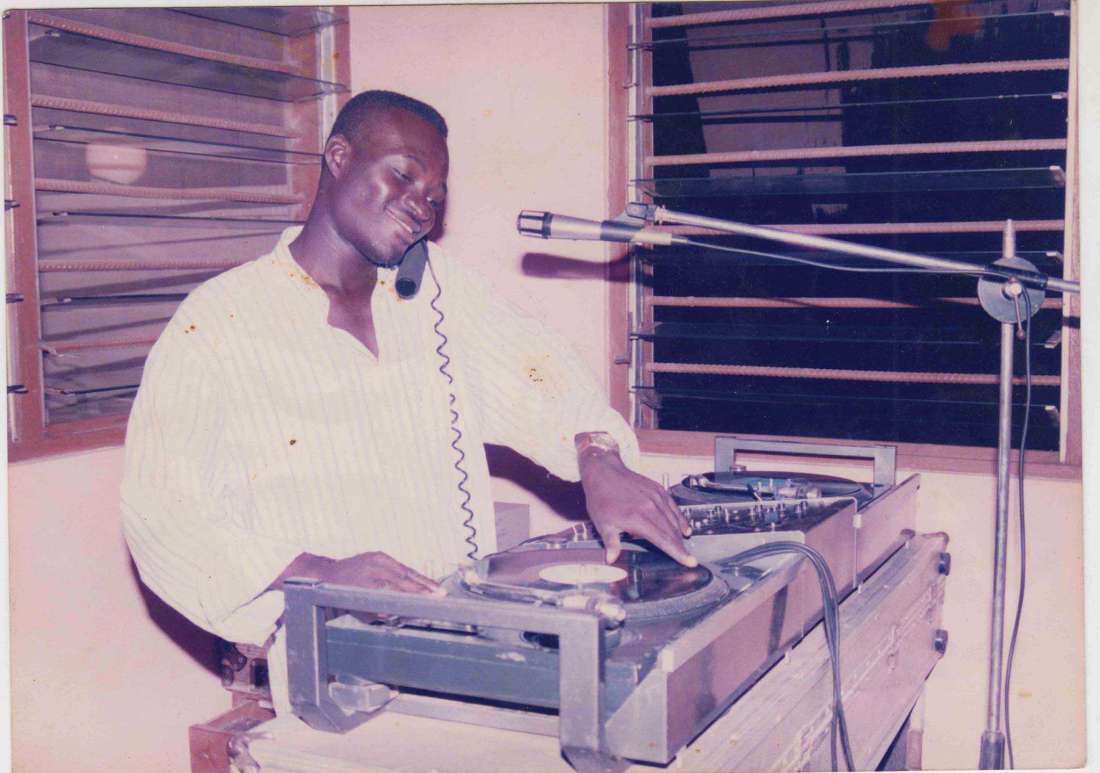 Ishmael’s first creations were songs like ‘Cocoawra’ and ‘Zoomlion’, both explosive blends of squelchy synths, up-tempo drum patterns, Ishmael’s chanted vocals and pitched-up samples of his young daughter’s voice. The songs caught the attention of other mobile DJs and radio hosts, most crucially DJ Lalo at Obuno FM in Tema. Coinciding with the rise of gbe ohe music (and its accompanying dance), by 2009, his buzz allowed him to release Trotro and reach a larger audience. “The reaction to my songs is very awesome. That is why I keep going. Sometimes when I am DJing, they come and ask me who did the song I am playing. I say, ‘Oh, it’s me!’ and sometimes they wonder, are you?” he laughs.

While Trotro is, musically speaking, the result of a culture clash between countries, genres, and eras, when it comes to the Ga and Twi lyrical refrains Ishmael details the songs with, the focus is decidedly local. Casting his eye at internet scammers, privately-owned buses, porridge, family and so much more, he presents a compelling and distinctive depiction of daily life in Accra. Hopefully, given the attention Trotro has won him, he’ll soon be sharing his music and stories with dancefloors around the world.

Trotro is out now through Awesome Tapes From Africa.