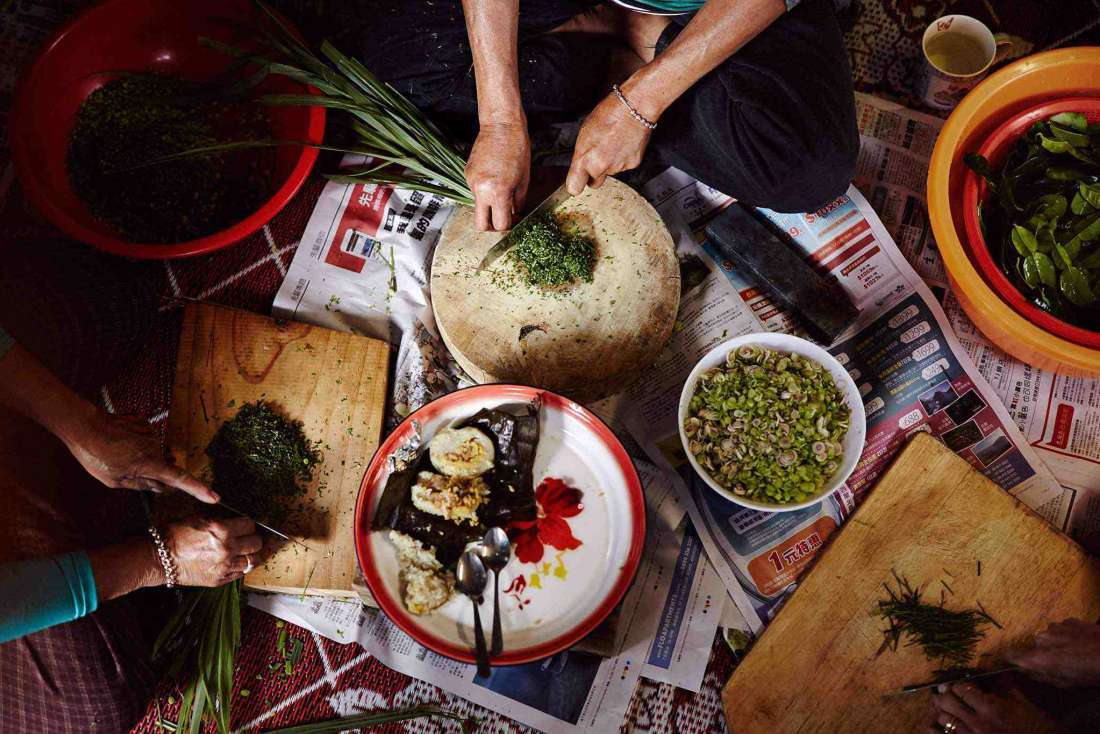 On a grey-skied Friday in April, in an unprepossessing suburb in South Auckland, two houses stand out from their row of identical neighbours. Underneath colourful, striped flags, a giant pyramid of golden Buddhas stand in the driveway. Just behind, symmetrical golden platters holding piles of fruit and vegetables are stacked high on a 7ft shelf. A few bottles of Lift and an iPhone 6 are wedged in as an update on the traditional decoration, of which an oversized winter melon is the centrepiece. Guests are arriving, and after pressing their palms together to salute the hundred little Buddhas, they light incense and kneel before the food in prayer. 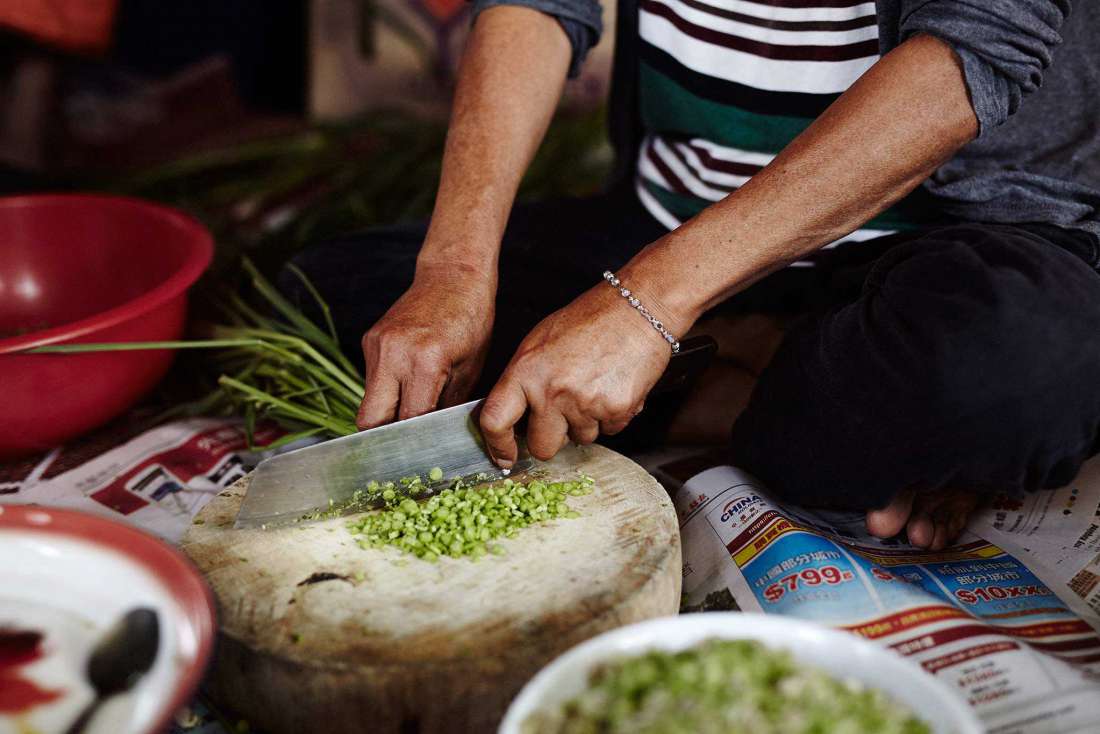 The houses in question are now a Cambodian Buddhist temple called Wat Puthearam, founded two years ago by members of the 4,000-strong Khmer community in Auckland. The temple’s original function as state housing can still be seen underneath the swathes of shiny fabric and posters of Buddha that adorn the walls; the roomy garage has been strewn with cushions and mats, repurposed as the temple’s main hall.

This Friday in April is the start of the three-day Cambodian New Year celebrations, the biggest holiday on their cultural calendar. In Phnom Penh the hectic streets are emptying as the city dwellers join their family in the countryside, coming together to eat, play games and enjoy the end of the harvest before rainy season begins. Although more than 9,000 km away and considerably cooler, the Auckland landscape seems to strive to provide an authentic atmosphere for its own version of the celebrations, with drops of early autumn rain occasionally spattering the crowd.

As you would expect for a harvest festival, traditional Cambodian food is central to the proceedings. We are greeted with banana wrapped in coconut rice, grilled in the banana leaf and washed down with jasmine tea – it’s gloriously warm, sticky and filling. Although the main celebrations are not until Saturday and Sunday, a team of middle-aged women are already in the makeshift kitchen, chopping giant bushels of lemongrass and tubs of lime leaves into tiny slivers. Next to them, still unchopped, lie bags of other ingredients that make up one of the more obscure – and underrated – Southeast Asian cuisines; soya beans, green beans, spring onions. 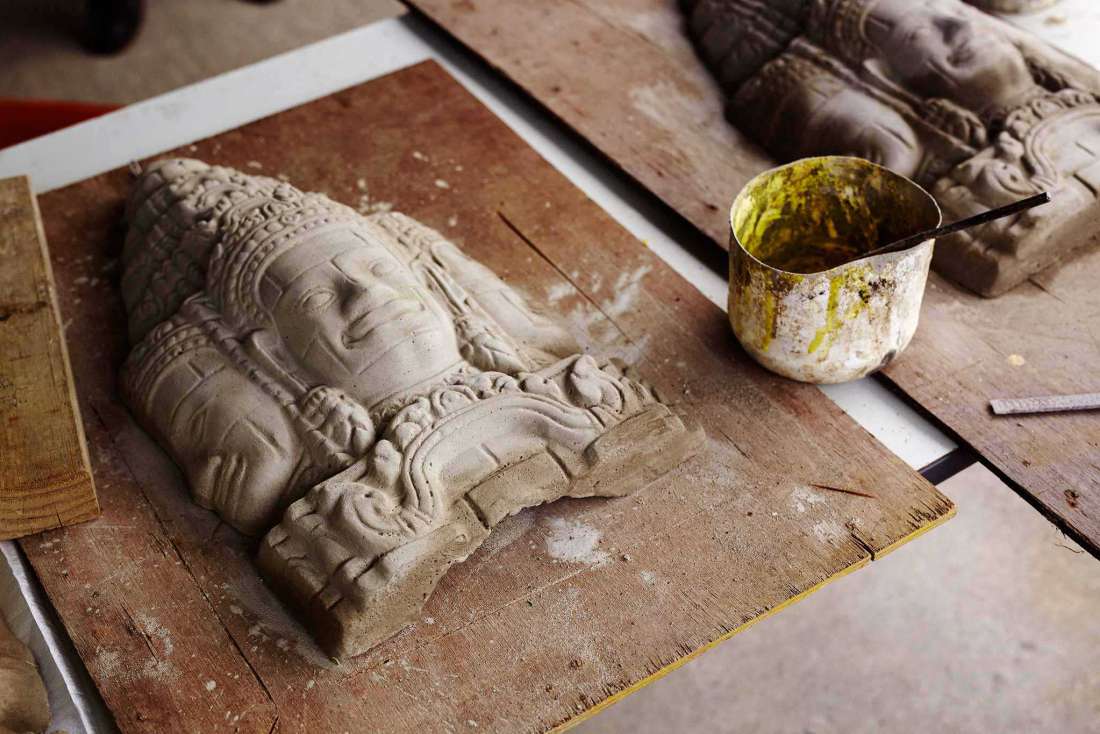 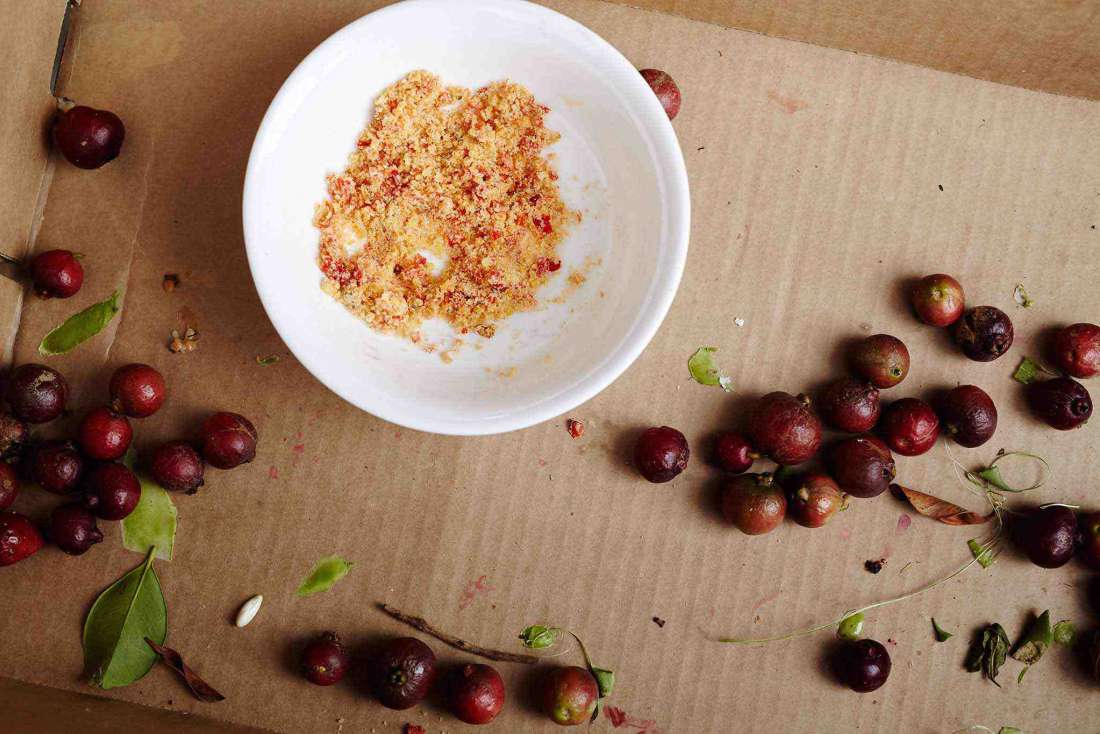 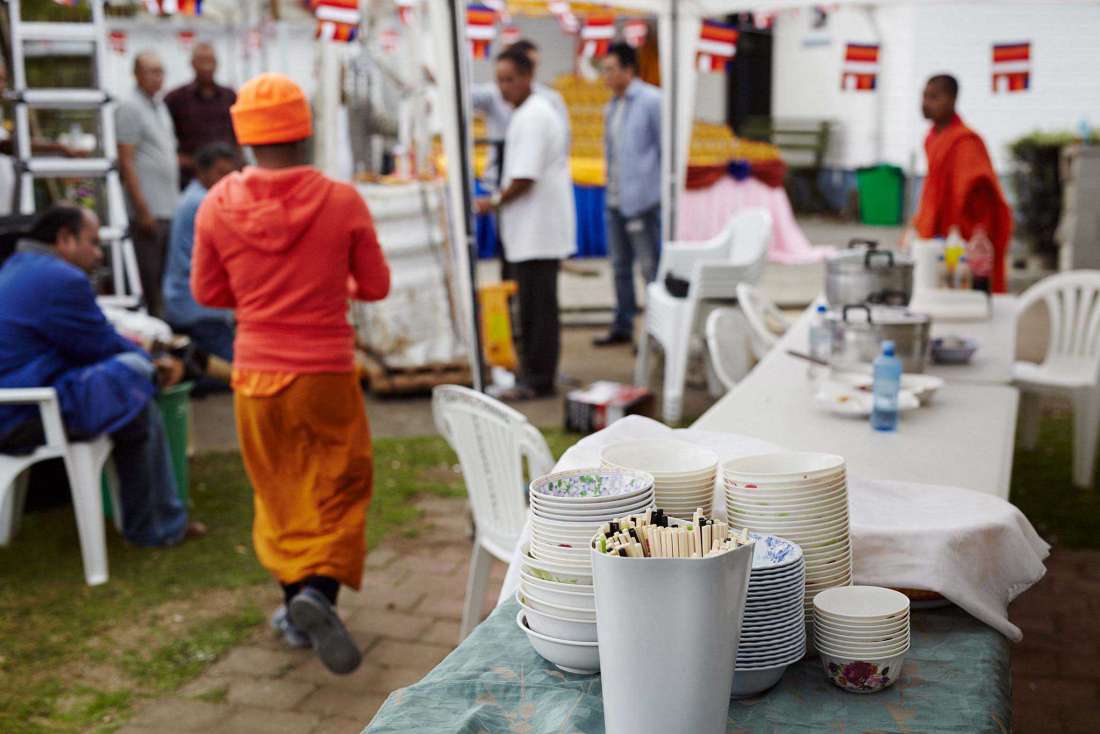 A young monk in orange robes and an orange beanie hat explains that the food is donated by the community, and mostly grown organically in their own gardens: it turns out Khmer ingredients thrive in Kiwi soil. Not a strand of lemongrass is wasted – the white tips are collected for one noodle curry, while the green ends, which are commonly thrown away, are collected for another dish.

For the older people here, such abundance was once unthinkable. Many came to New Zealand as refugees following the Khmer Rouge, the ultra-communist regime which, between 1975 and 1979, dismantled the country’s infrastructure and killed a fifth of its population.

In the regime’s forced labor camps, food was scarce – sometimes just four cups of rice for 100 people – but the culture of sharing often persisted. Rick Leng, who arrived in New Zealand as a refugee in the late 1980s, reflects back to those times as he fries doughnuts. “Us kids, we would run to the fields to catch rats, snakes, turtles, anything we could find, and cook them up together”, he says. Later on, as an illegal refugee in a Thai border camp, he hid underground from the Thai guards, who at the time were shooting illegals on the spot. The legal Cambodian refugees hid him underneath the camp and shared their food rations with him, until he too received legal paperwork. 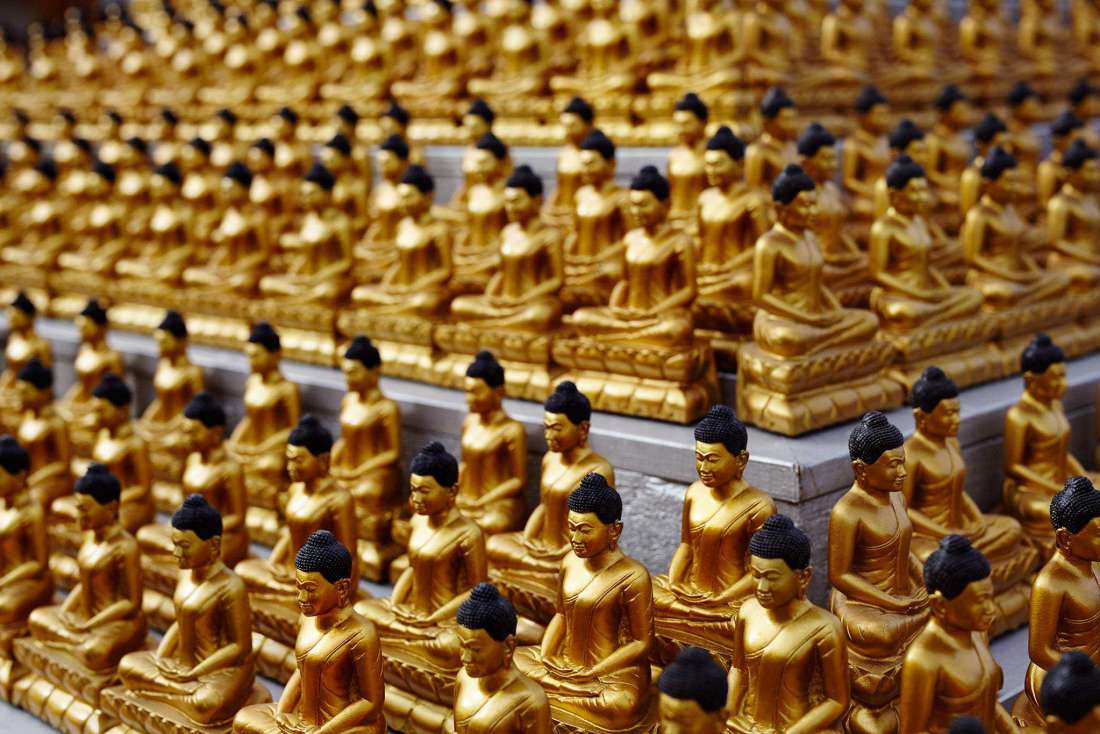 Indeed, the temple is not far from where the refugees first arrived in New Zealand during the 1980s and 90s – the Mangere Refugee Resettlement Centre, which is still open and recently welcomed the country’s first batch of Syrian refugees. Rick, who previously volunteered for the Red Cross helping fellow refugees, can sympathise with the victims of the current crisis. “My heart breaks for the Syrians. New Zealand’s refugee quota has remained the same since the 80s, even though the population has grown another one and a half million. Surely we can take a few more.” I don’t want to tell him that the truth is even more depressing: New Zealand’s 1987 quota has actually dropped 50 places to admit just 750 people per year.

The atmosphere is immediately recognisable to anyone who has been to Cambodia: warm and filled with laughter. The cooks sit in a circle and work with a relaxed but ever-moving pace, stopping now and then to snack on sour guava with chilli salt or a bowl of noodles, never in short supply of helpers willing to make some tea or fry some doughnuts. The New Year festival’s theme of harvest merges with Buddhist generosity and the feeling of community; the weekend is all about giving. 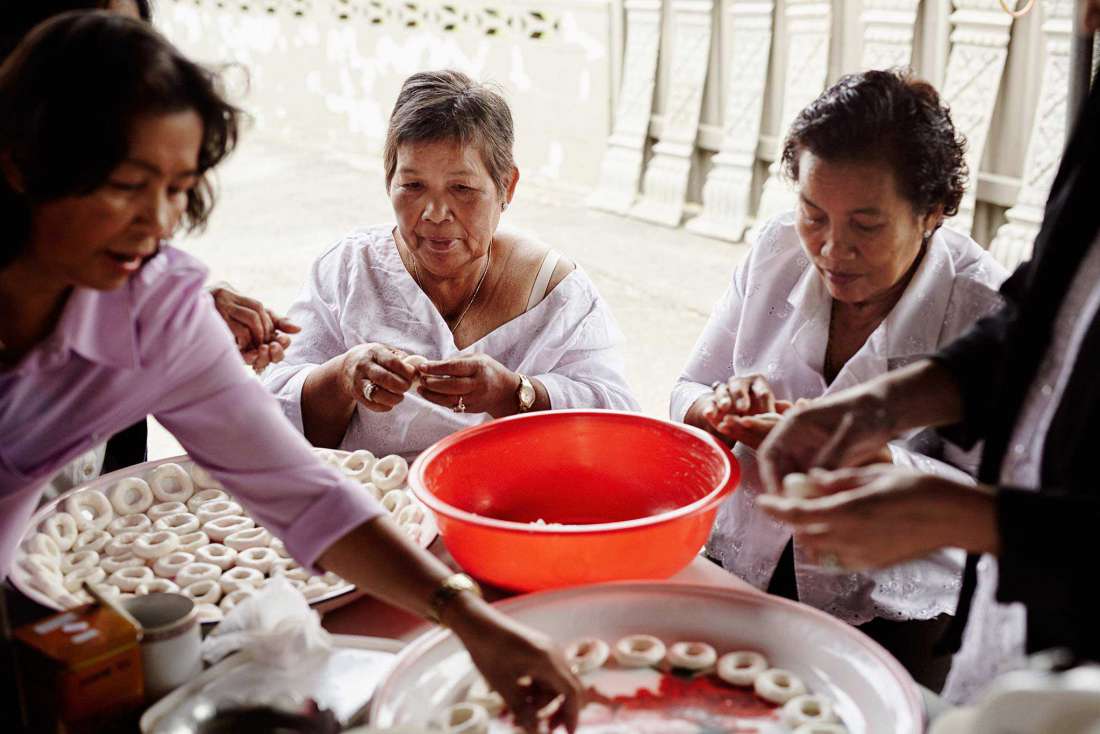 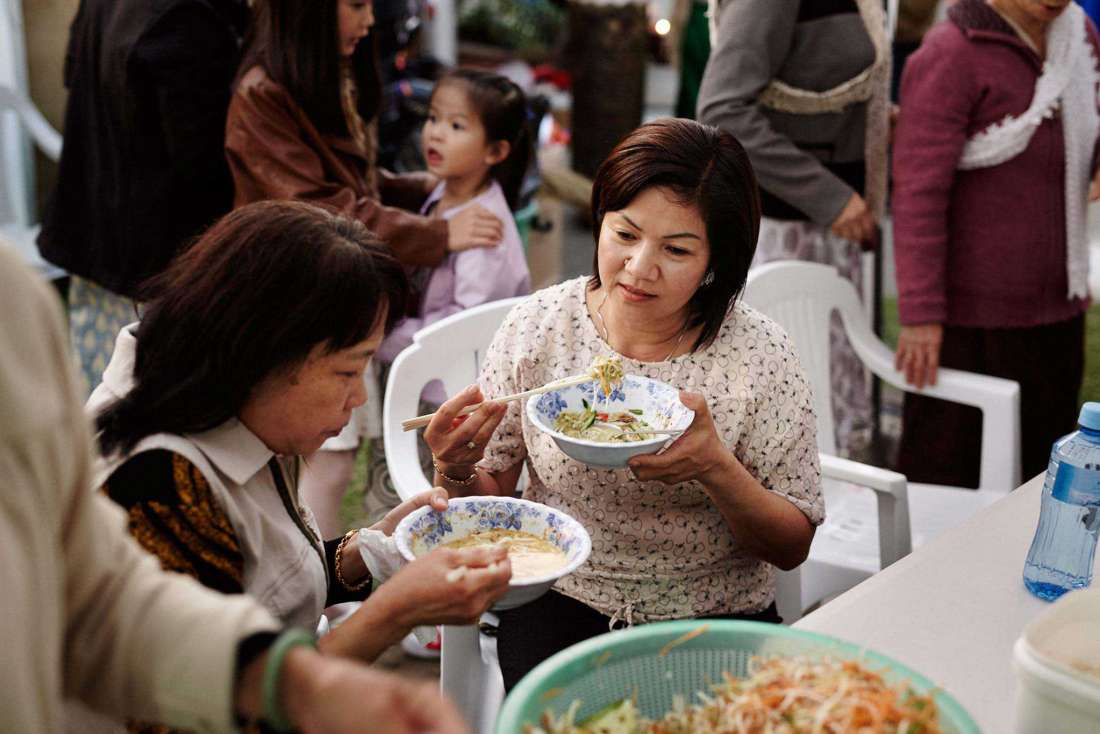 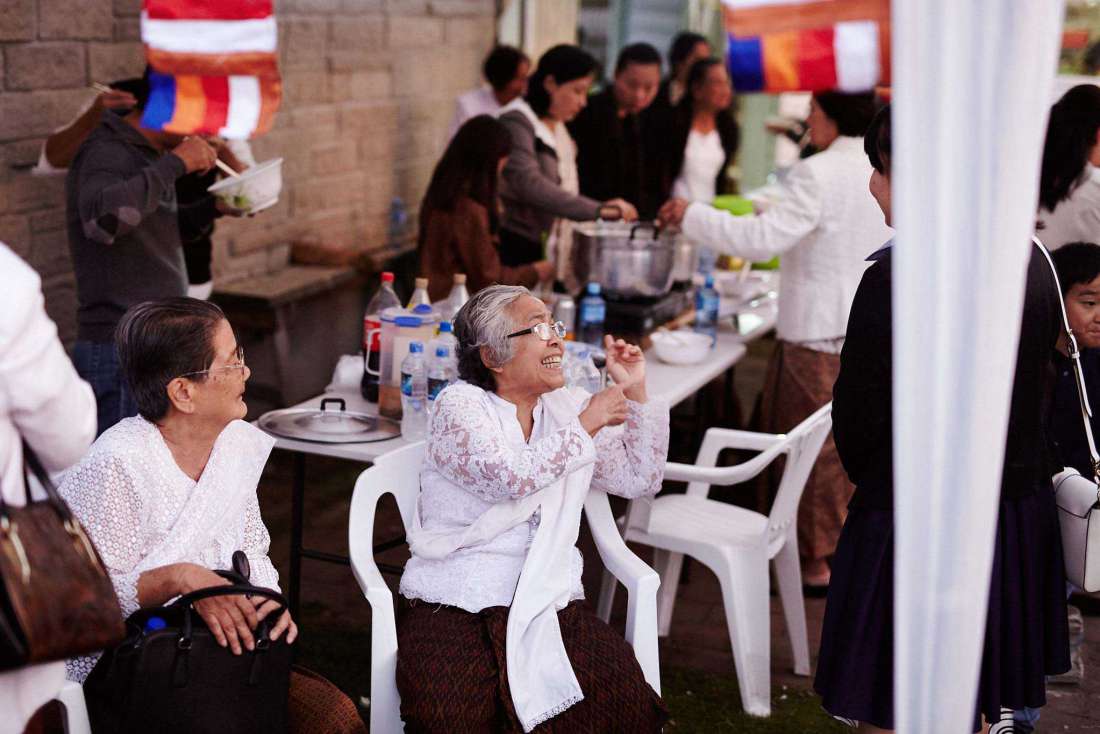 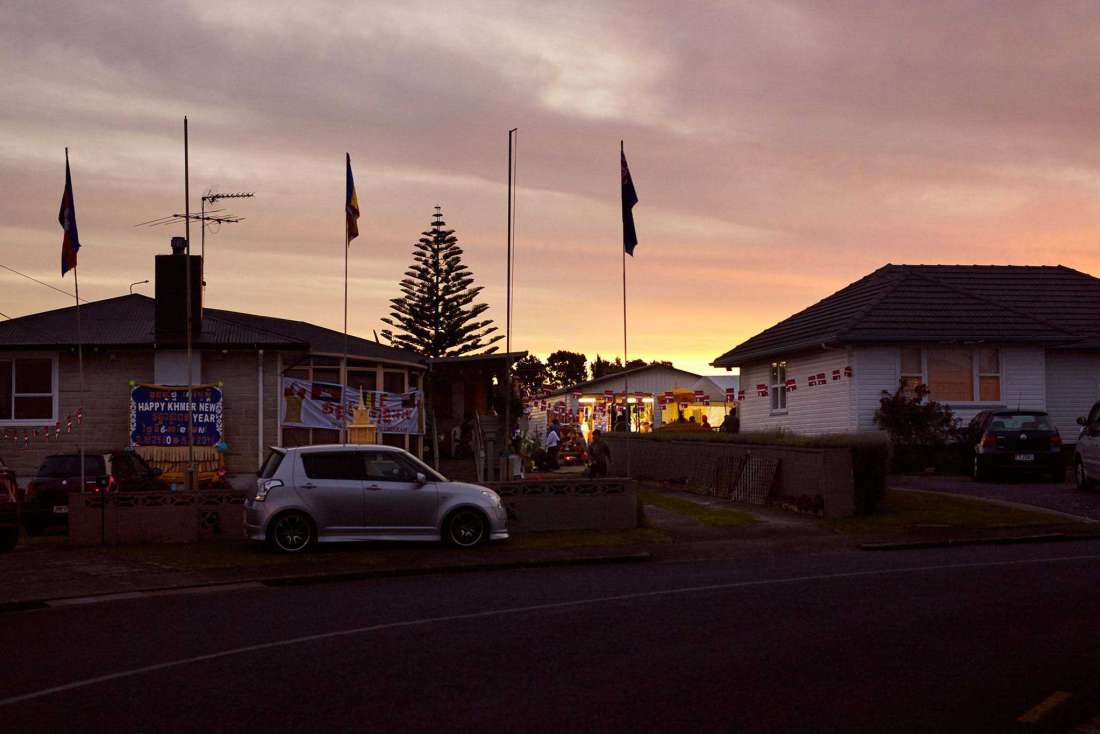 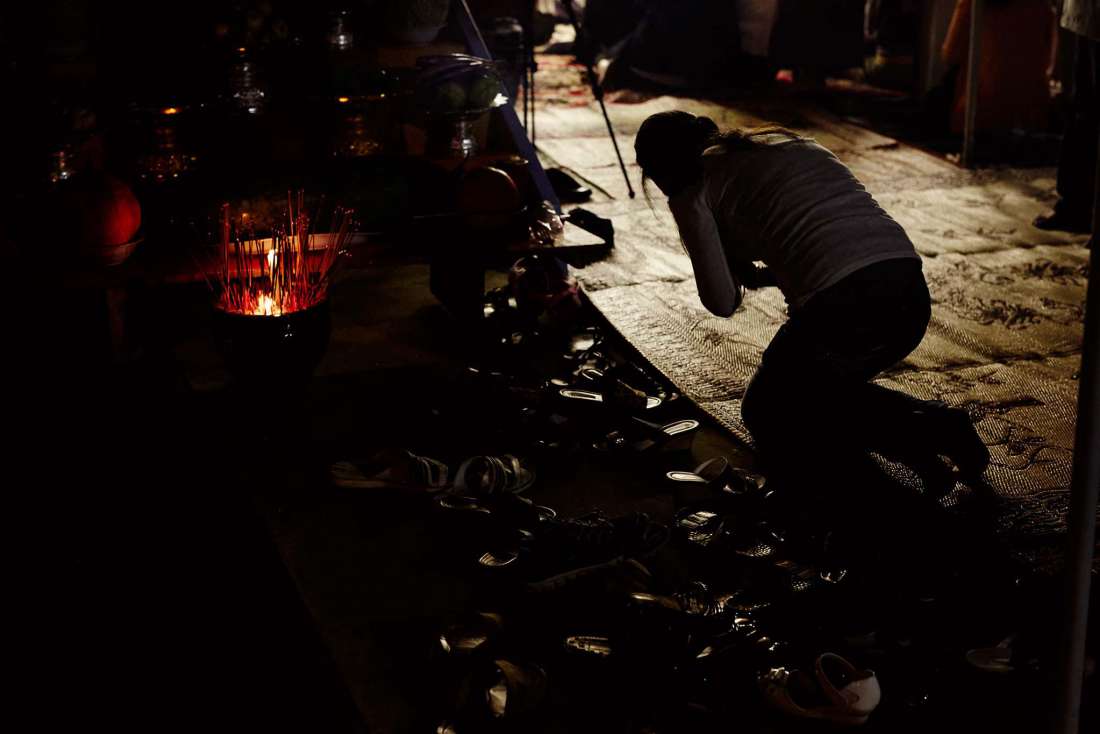 At the time of print, New Zealand’s Cabinet is using its own autumn harvest period to review its long-static refugee quota. While the decision whether to share its bounty or to keep its borders hardened is in the balance, it might help New Zealand to look at the Kiwi-Khmers as they continue their ritual of harvest-time generosity.
The current refugee crisis is often explained in physical language by wealthy countries – the economy “straining” like a muscle, resources “stretched” beyond comfort, to the point where taking refugees seems to be the least desirable option. Australia, in a bizarre and internationally criticised twist, has even started offloading unwanted refugees into Cambodia, which is still recovering from its own devastating genocide and refugee exodus.

The deal cost Australia $55 million, yet only two refugees have agreed to be settled in Cambodia, a country with an average wage of less than $100 per month, which can provide them with limited support at best. The massively costly operation lessons none of Australia’s economic “strain”, but sends a clear xenophobic message – refugees are not welcome.

Nevertheless, Australia still takes five times more refugees and asylum seekers per capita than New Zealand, which ranks 90th in the world in per capita assistance to refugees, according to Amnesty International. Whether the country chooses to follow the unwelcoming lead of its neighbours or stay true to its historically liberal cultural identity remains to be seen. Meanwhile, New Zealand’s refugees of the 1980s continue to remind us that giving doesn’t have to be a strain – it can also be easy, joyful and very delicious indeed. 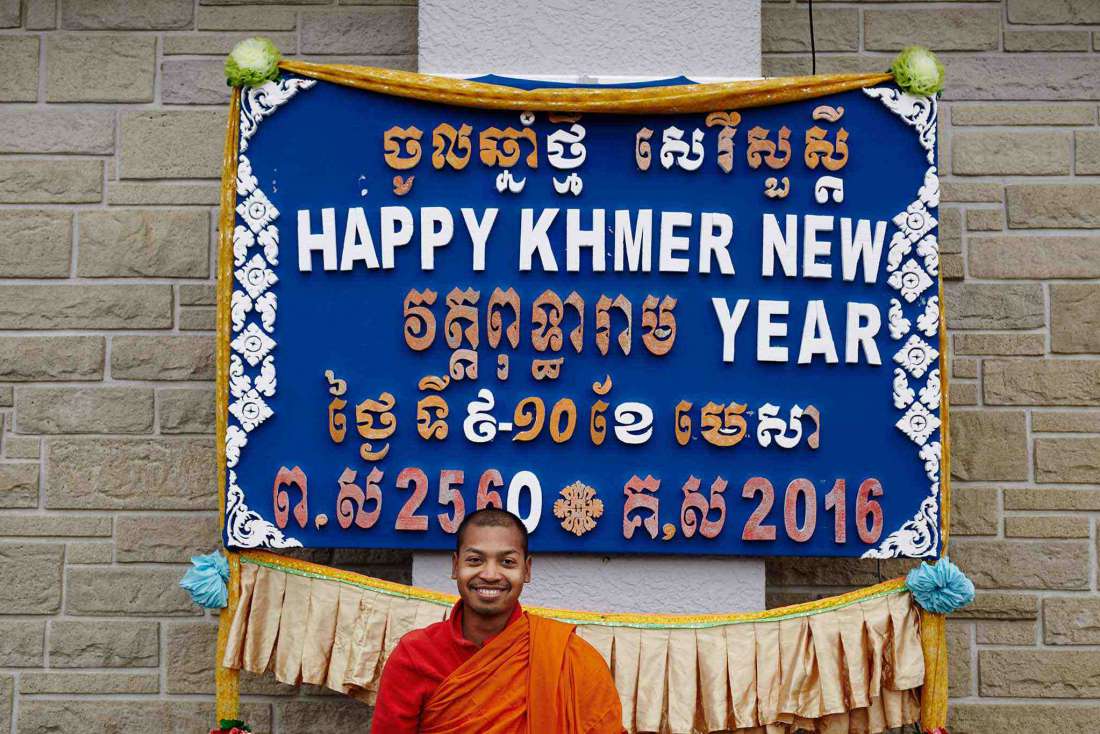 Eve Watling is a journalist and co-founder of the Cambodian arts magazine, Milk. She is currently working on Tokata, a multi-media book project with French-Cambodian artist Saphy Vong, exploring the Cambodian community in New Zealand. The book, and it’s accompanying tape of music, combines traditional myth stories with contemporary stories of migration. You can check it out at tokatatokata.tumblr.com