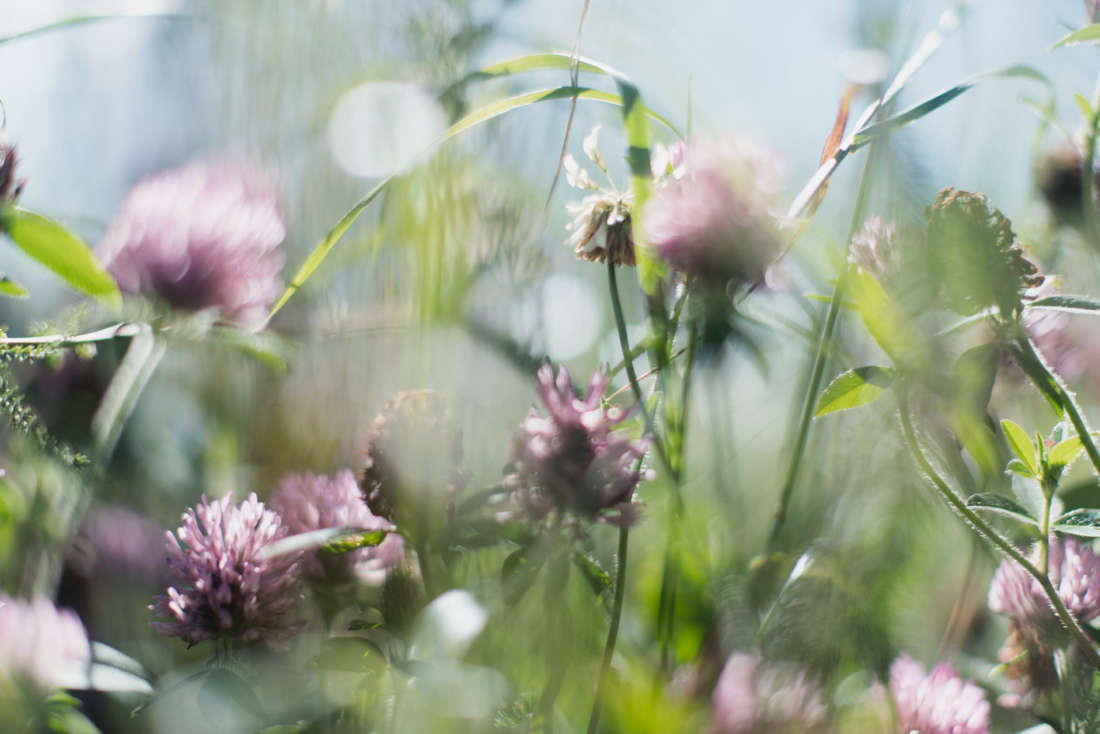 A story about doing the best with what you’ve got

One of my favourite quotes is from the mouth of the assiduous and generally awe-inspiring Dr Jane Goodall, “The greatest danger to our future is apathy”. My family have been farming on the foothills of a mountain called Maungatautari, in the Waikato for over a century. Today, the land is a medium-sized organic dairy farm and apiary. And, if you count the 15 metres of garlic we planted at the weekend, we’re in the beginning stages of having a modest market garden in a year or so.

I’m 32 and have been working in advertising since I was 20. I made a decision three years ago to come back to the land, when we could make it work. My boyfriend Richard and I make the trip down to the farm just about every weekend to help out. I really believe that family-run farms are the future of farming in New Zealand. When you live your lives on the land, you can’t help but be connected to it.

But it’s not easy. In fact, it’s damn hard. Farming is geared towards big, industrial dairy, which is hurting our environment and local communities. The best defence we have is caring about agriculture and our food system. Farming needs the best of us. This is a story about how lateral thinking was used to make marginal land more meaningful.

Organic principles guide us, but we choose to farm using a ‘best tools for the job’ approach, with a belief that great ideas can come from anywhere. We aren’t afraid to try new things – robots milk our cows and we use sensors in a few of our beehives. By farming with an organic ideology, technology frees us up to observe, monitor and stay ahead of animal health issues. We need to be proactive in keeping the farm and animals healthy, as putting out fires isn’t an option under the organic model. It also allows our cows to observe their natural behaviour, with little human interference.

We don’t think it’s enough to just rely on the organic model when it comes to the environment. A regenerative practice, with an emphasis on diversity, is what we’re especially excited about. Three years ago we applied for funding through the Waikato River Authority to help us restore more than 5ha of land that we’d been using to graze beef animals, back into wetland. In agriculture, it’s called marginal land and for about a century, it’s land that’s been marginalised in New Zealand.

In our district, being so close to the Waikato River, this land is usually wetland. Wetlands are often misunderstood. By and large they’ve been forgotten about: ploughed up, hoofed up, dredged up and in some cases actively drained out. It’s been estimated that about 90% of our wetlands have been drained – one of the largest wetland losses anywhere in the world. 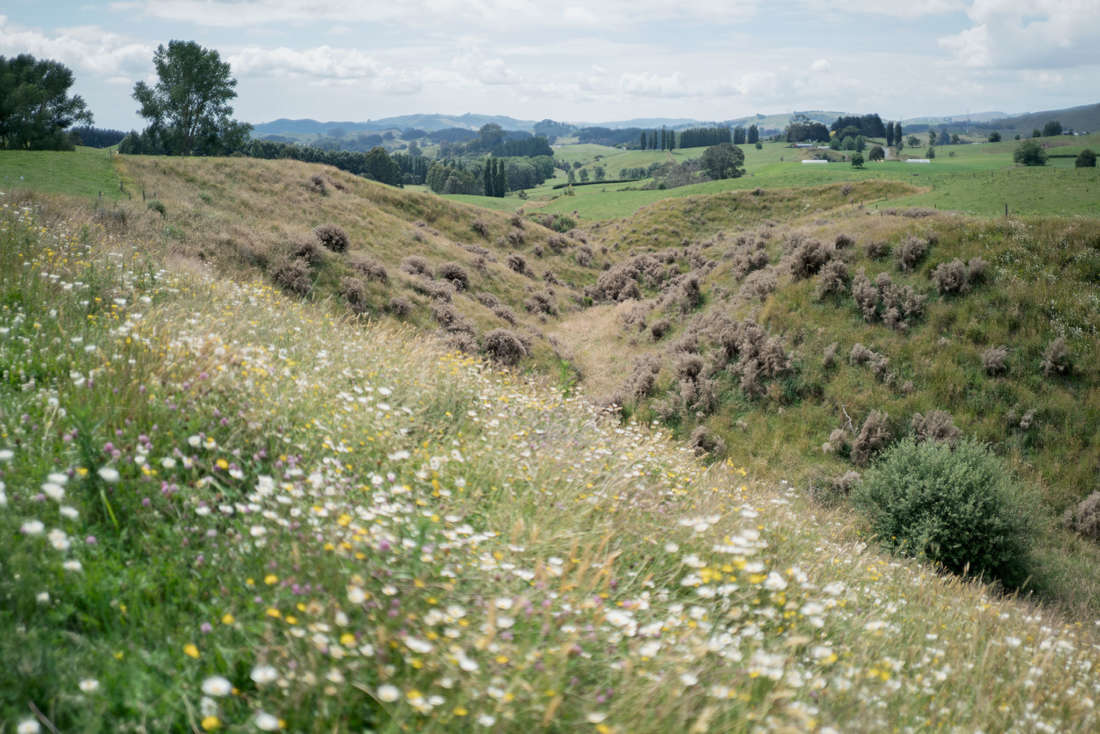 With the help of an ecologist, we prioritised the areas that needed restoring and made a plan to increase the water quality at two exits of the farm. The first step was to retire the land from use. Although these previously inorganic areas were fenced off, a handful of beef animals teetered on its sides. Although these areas were good for our heavy, stocky animals, it wasn’t good for the eroding land, or its wet gully floor.

Planting took place in the winter of 2015 to benefit both the riparian and wetland areas. The gully slope now grows cabbage trees, harakeke (flax), manuka, kanuka and the wetland area has cabbage trees, giant umbrella sedge, rautahi (cutty grass), harakeke (flax) and toetoe. In a few short years the rank grass, pampas and gorse have slowly been drowned out, by a curated blanket of native flora. Birds have started to spend more time darting about and more species have chosen to make the streams their home.

We learned a lot from the first phase of the restoration and have continued to expand the area to a little over 7ha. All up, we’ve planted about 20,000 trees and shrubs over the last three years, including a magnificent forest garden. The biggest renewal we’ve seen is around water quality. Generally speaking, wetlands, or ‘kidneys of the landscape’, are effective at filtering groundwater and transforming contaminants lost from the land and nutrients that could harm our rivers. These get into our waterways through nutrients, leaching and surface run-off. Microbes living in wetlands absorb and break down these nutrients, which in turn increases the quality of the water. Our weirs have also added to this, as weirs are like sieves, helping to reduce the amount of impurities that leave the farm.

The diverse, organic polyculture pasture that Mum and Dad have developed also adds to this. It’s pasture that has colour, depth, texture and is constantly changing. A biodiverse pasture benefits cow health and milk production, improves the soil and decreases nitrate leaching. This improves water quality, as plants with deeper roots capture more carbon and nitrogen. Because we farm organically, we don’t add nitrogen fertiliser.

Perhaps the best story to come out of retiring and regenerating the land has been the introduction of bees to the wetland surrounds. Bees love to feast on our native flower-producing trees and shrubs, which can be planted in these areas, thereby restoring their productive value. 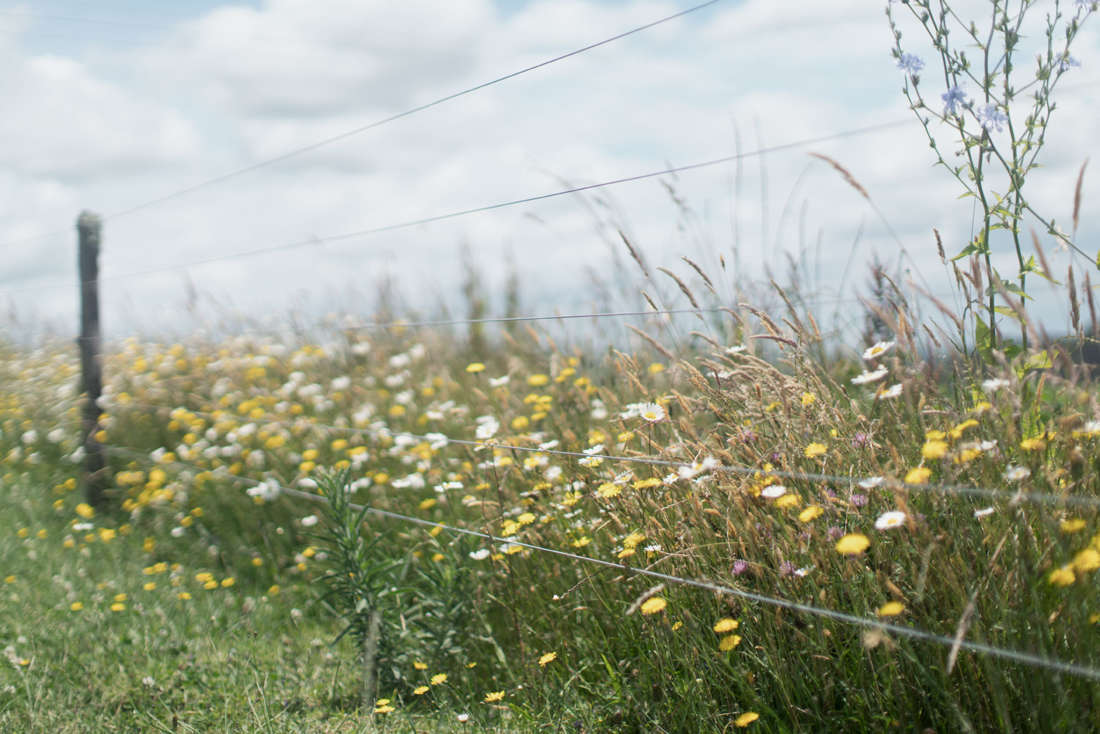 Last year, Richard and I read just about every beekeeping book we could find, joined two local beekeeping clubs and went on a course. In August, we bought ten nucleus or ‘nucs’. These are small hives of bees that have been split off from their parent hive. We painted the heat-treated wood off-white, to preserve it from the elements and nailed, wired and waxed together 500 odd frames and placed the bees in their new homes. Beekeeping has its own set of challenges, but we manage them using the same philosophy, using organic treatments, which work well for us.

On a blazing, dry day in March, we put escape boards on the hives, for the bees to naturally leave the honey boxes, without us having to intervene. The next day, we took the honey boxes off, which was approximately a third of the bees’ honey. We decided early on that we only wanted to take as much as was polite. After all, a worker bee only makes an average of one and a half teaspoons of honey in his lifetime.

Since then, we’ve ‘wintered the hives down’, which means reducing the boxes, to make sure they can be as warm as they can be over the cooler months. And, we’re going to make splits from the hives in spring, so we can increase the size of the apiary. The honey is one thing, but bees help pollinate our trees and our pasture, creating a richer, more abundant and productive farm for all that live their lives on it. There’s a codependence between the bees, the pasture, the cows, the wetland and us.

With family farms, it often comes back to a multi-generational view of custodianship. It doesn’t stop with you and because of that, no decision can be based on short-thinking.