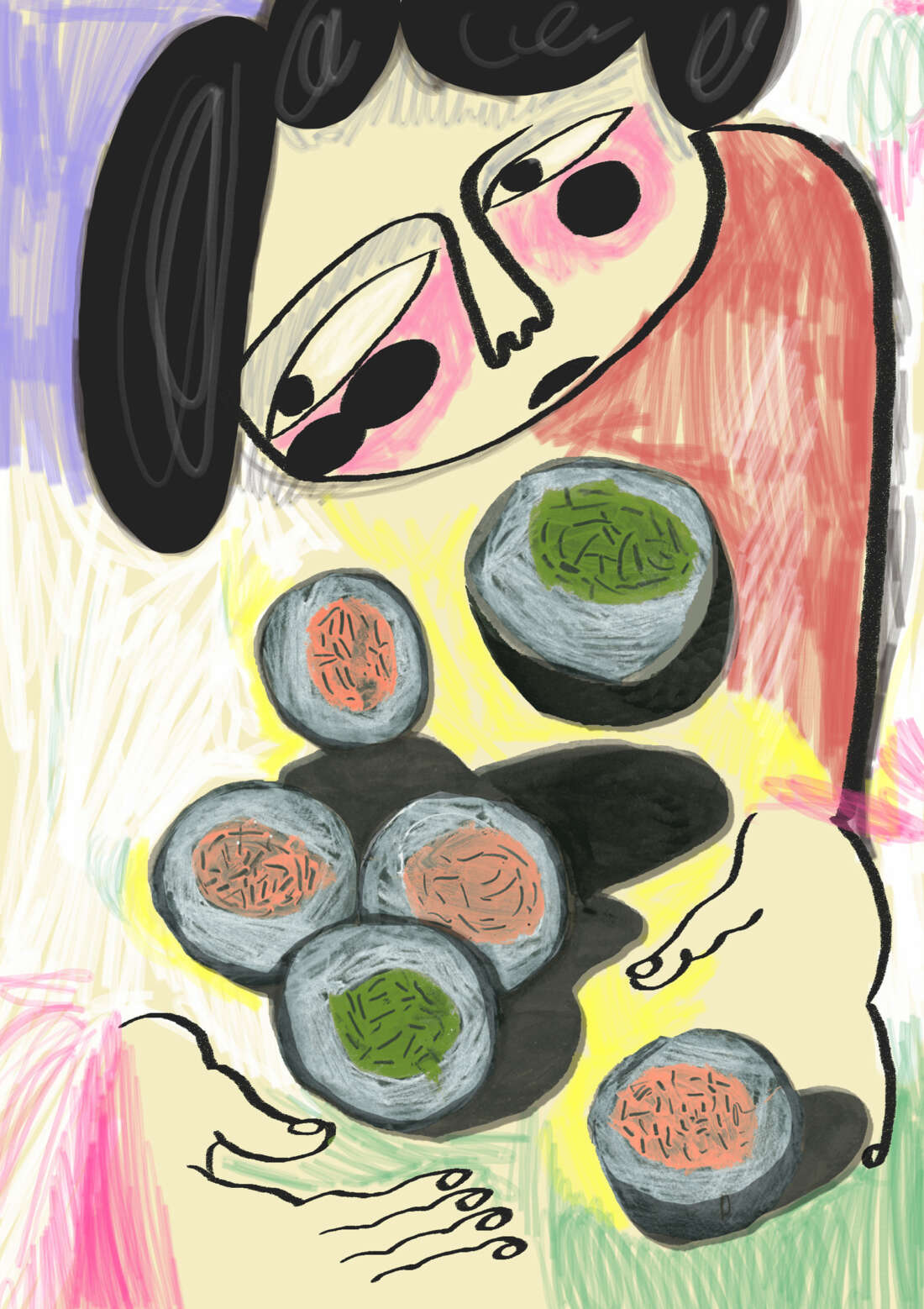 It all started when I said I was going to pack sushi for my children’s lunchboxes.

I was met with outrage from my English in-laws. “You can’t do that to your children!” and incredulity, “Why would you not do that at home as opposed to a public sphere?"

You’d be right to assume these reactions were from 1970s Britain but in fact they were uttered in the summer of 2021, in the southwest of England — one of the least diverse parts of the country.

This exchange turned into a full-blown argument about how I was using my kids to further my own cultural propaganda.

I pointed out I was only doing this as we lived in a microcosm of whiteness, and was met with more outrage as they declared I was basically more racist than they were. Silence ensued.

Those who have watched closely the events of the last year — racist allegations at Bon Appetit; the Ivy Asia’s appalling video; and the now infamous Reddit article where two families were divided over the culinary prowess of a Chinese chef — will know just how important food is as a vessel for transporting cultural heritage, conveying authenticity and preserving tradition.

The latter has been particularly poignant in my life. Shortly after arriving in New Zealand in the early 2000s, like any immigrant, I found myself searching for the food of my fellow Malaysian diaspora, whether it was the banana leaf rice from Santhiya’s, the roti at Uncle Man’s or the assam fish at KK.

I first encountered sushi for lunch on the school grounds of Avondale College in West Auckland, in the 2000s, when Korean high school friends brought in kimbap (the Korean version of sushi). It was well-accepted there and I never heard so much as a whisper about it being odd.

“Sushi isn’t even your own food!”, my English family interjected following my continued adamance that I would feed my children sushi.

Despite the fact the tiny wrapped morsels of rice are not representative of my Chinese- Malaysian birth heritage, sushi was always a big part of my upbringing. We’d eat it on special occasions and family meals and it was a common sight at big family gatherings, catered events and ubiquitous buffet-style halls dotted around the city of Kuala Lumpur where I grew up.

Although I can’t claim it as my own cuisine it is probably as much a part of my own culinary journey just as mac and cheese or spag bol makes up a British child’s diet — both imported Western classics.

Britain claims to be diverse and not institutionally racist, however, food and indeed, school lunches, still have a long way to go in terms of representation and appear to present a bone of contention for parents of non-Caucasian heritage such as myself.

Take for example a typical menu at my children’s West London school which sports a so-called “Asian-themed bar” purveying items such as butter chicken, samosas and falafels. I’m all for that. But to me, that screams South Asian and Middle Eastern — both very different cuisines in my cultural dictionary.

On a side note about curry, I have even heard a family member say spices were a way of masking rotten food - such is the attitude reflected by some.

To reinforce this narrow range of culinary selections, every week, without fail, families and schools across the country would be subject to fish and chip Fridays. Even pensioners who no longer follow a working week still religiously follow this in the same way a roast would be commonplace on a Sunday.

Children are very adaptable as we know, but if they are continually given the same selections, that is unfortunately the only thing they will know and ask for time and again. My greatest fear is that my children will only know ham and cheese sandwiches. And when my family argue, “They asked for ham and cheese sandwiches!”, my argument is, “You never offered them anything else so why would they ask for anything else?”.

This is the constant uphill battle I face.

In the end, I was determined to make sushi even if it killed me.

I made it three out of five days for their school lunches: maki style and onigiri variations filled with chicken and carrot; ham, cream cheese and cucumber; and salami and cream cheese.

When the week was done, their school friends were green with envy, and wanted some of their food, and my children felt like they were the cool kids.

A half-Japanese customer at my coffee shop who grew up in the UK told me her mother would make her bento boxes as a child but she eventually stopped because she understood how embarrassing it was.

When I think about the hurt her mother must have felt, the hurt I feel today after the events of my own “sushigate” pales in comparison.

And I hope with each passing generation, the pain will fade, and eventually there will be no more stigma, questions or embarrassment for a child or a parent no matter what their lunchboxes hold.

So bring on the sushi, bring on dolmades, injera, summer rolls, coxinha, latkes…go nuts (not literally though, as schools take their nut-free policies very seriously!).

Illustration by Frances Haszard and her niece Willa