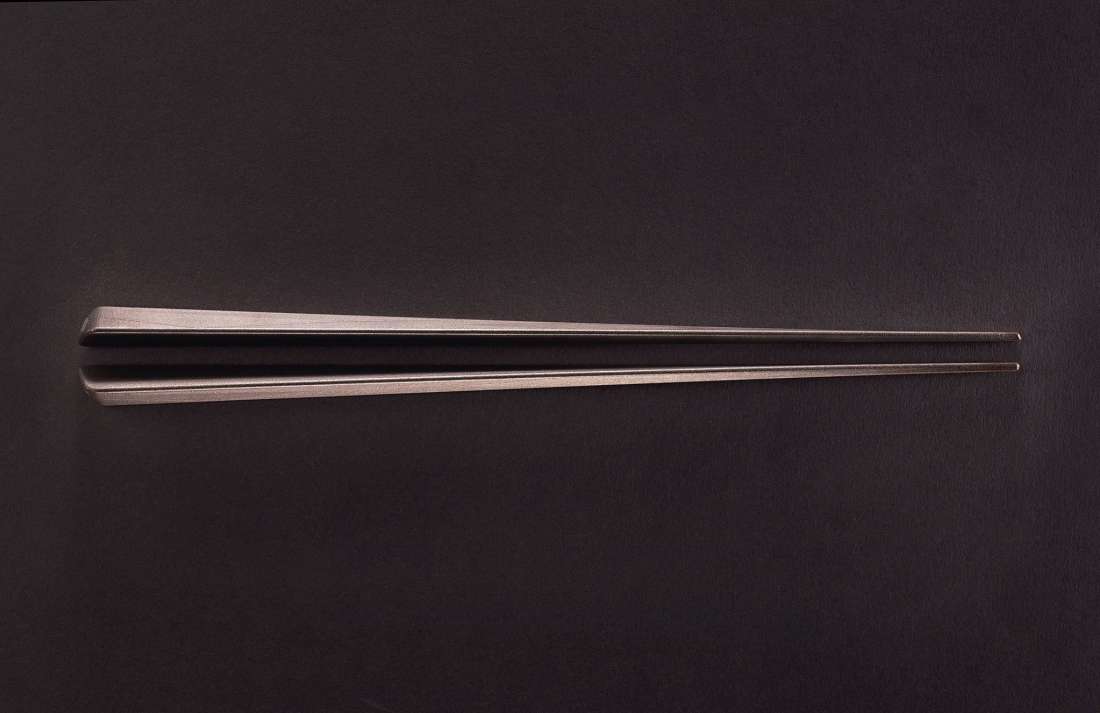 Daniel Kamp makes beautifully designed everyday objects, designed with the explicit intent that they will last and be so beautiful that you’ll never want to let them go. 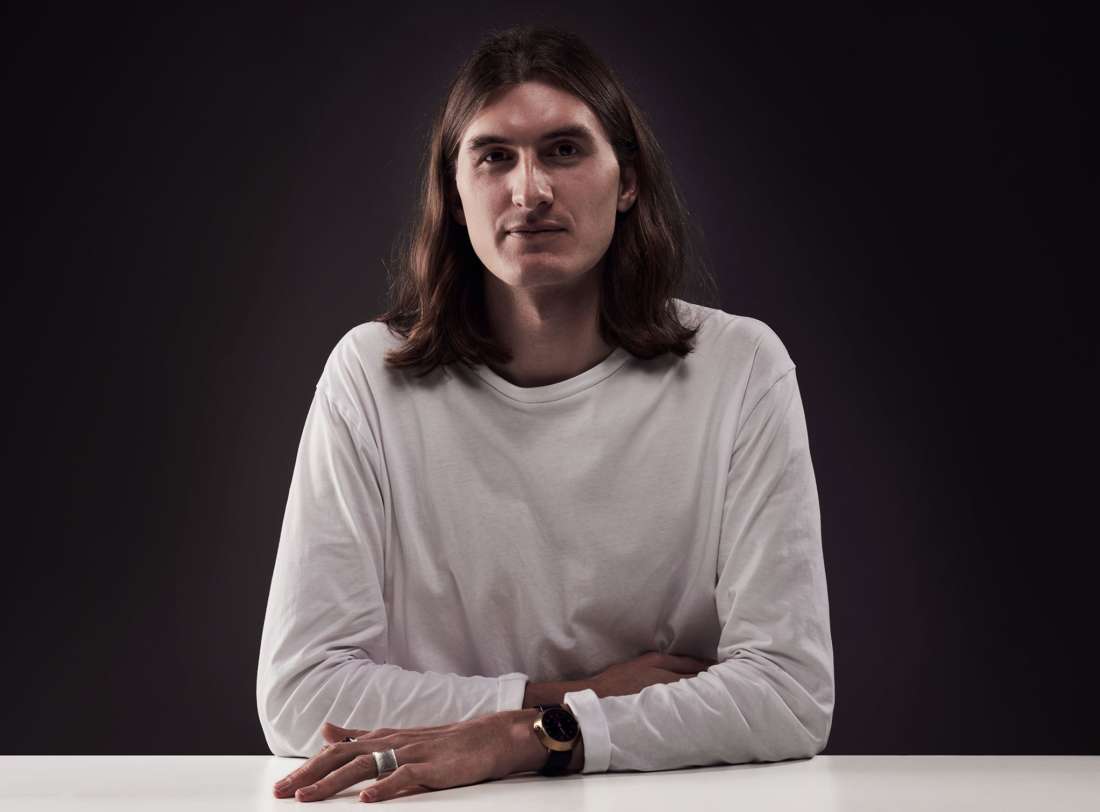 Daniel studied what they called “industrial design”, but never really felt that was the right moniker. He has arrived at the idea of “post-industrial design”, which he thinks “is much more relevant, because we live in a post-industrial society, right!?”. He wants to be part of the emerging world and not the practices and ideas of the previous hundred years.

After graduation, Daniel went quickly into a creatively successful furniture design studio with a couple of friends, making contemporary pieces which sold around New Zealand and in Australia. This soon led to being commissioned to apply their skills to other people’s projects, which became Think & Shift, a product and spatial design consultancy studio Daniel ran with collaborators Sam Griffin and James McNab.

But at the end of last year, Daniel had an epiphany – he “felt like looking forward”. Think & Shift had become a successful practice, but wasn’t his vision of his future. He thought: “I can’t just keep making excuses and thinking I’ll do the thing that I want to do later… once I’m established, once I’ve got money. So I just left at the end of last year, sold my shares back to the company, used that money to do a bit of travel, then set up Kamp.studio.”

Kamp.studio is an experimental design practice with a focus on 3d printing, but Daniel is quick to point out that it’s “not all about 3d printing. I don’t want to be bogged down to one particular technology. The idea is that Kamp.studio explores opportunities through creating things. As those opportunities arrive I’ll act on them. The first is to create everyday things with 3d printing, because the technology just came of age. It’s been around for a long time now but up until the last couple of years, 3d printing meant shitty breakable plastic objects”. 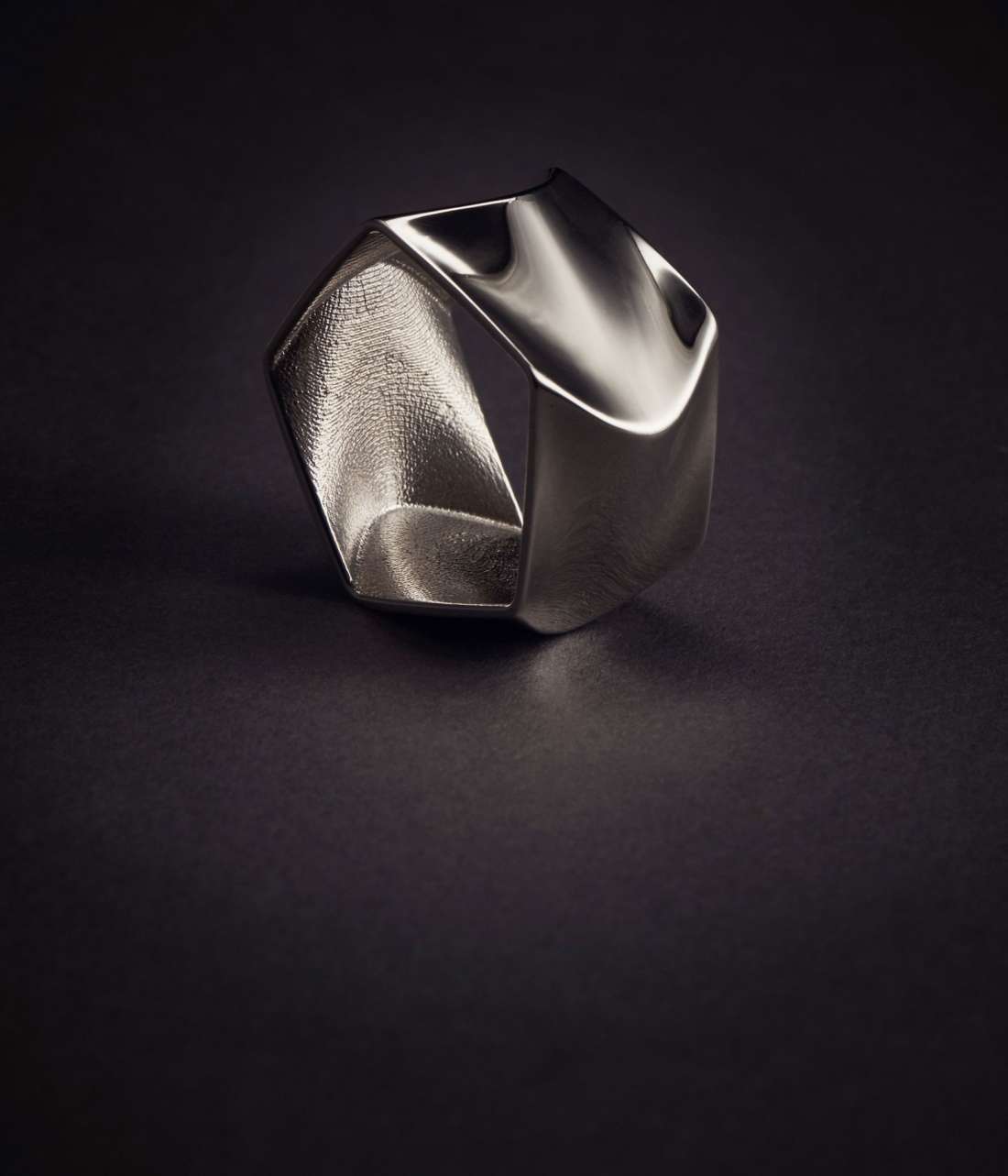 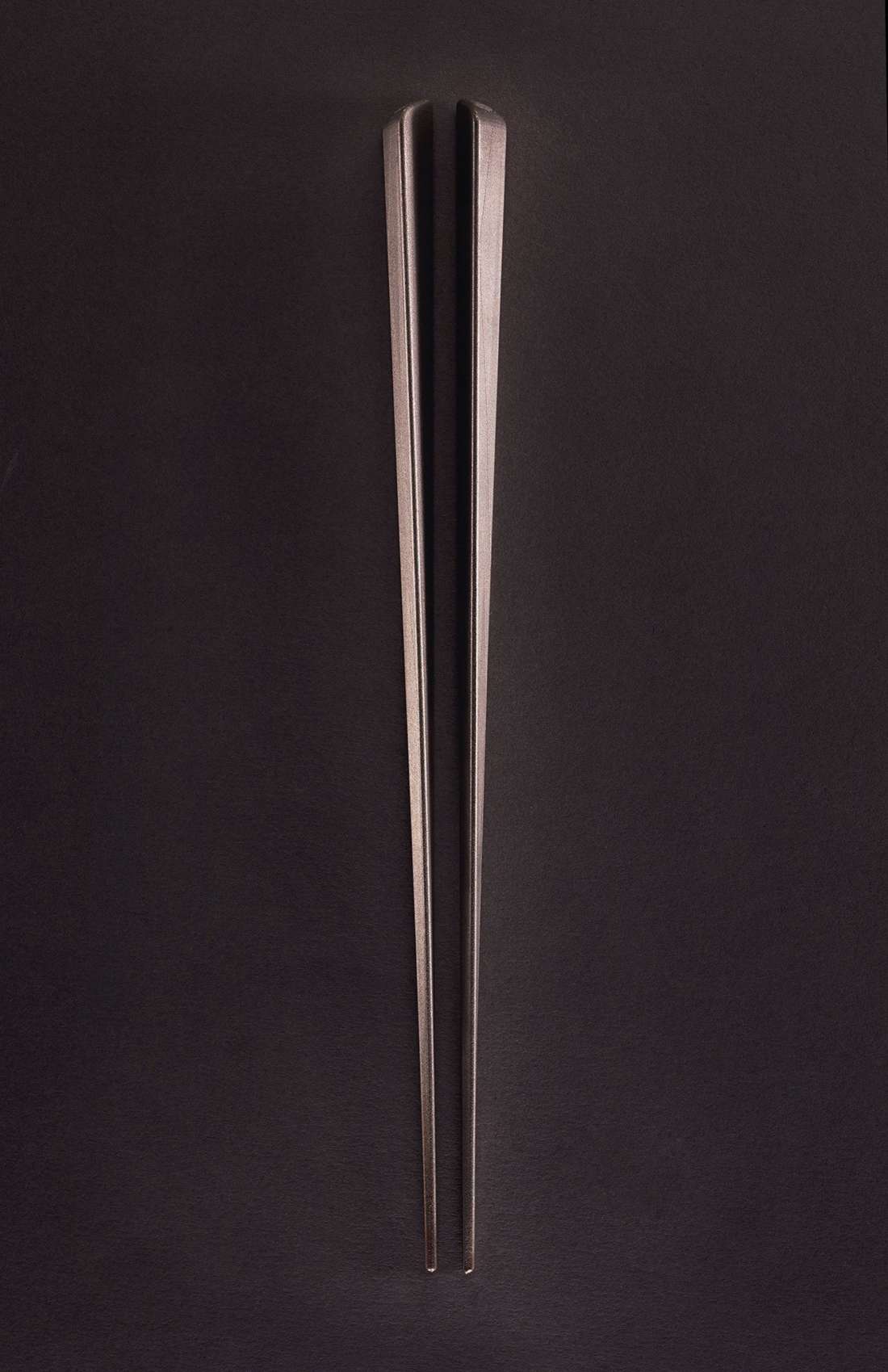 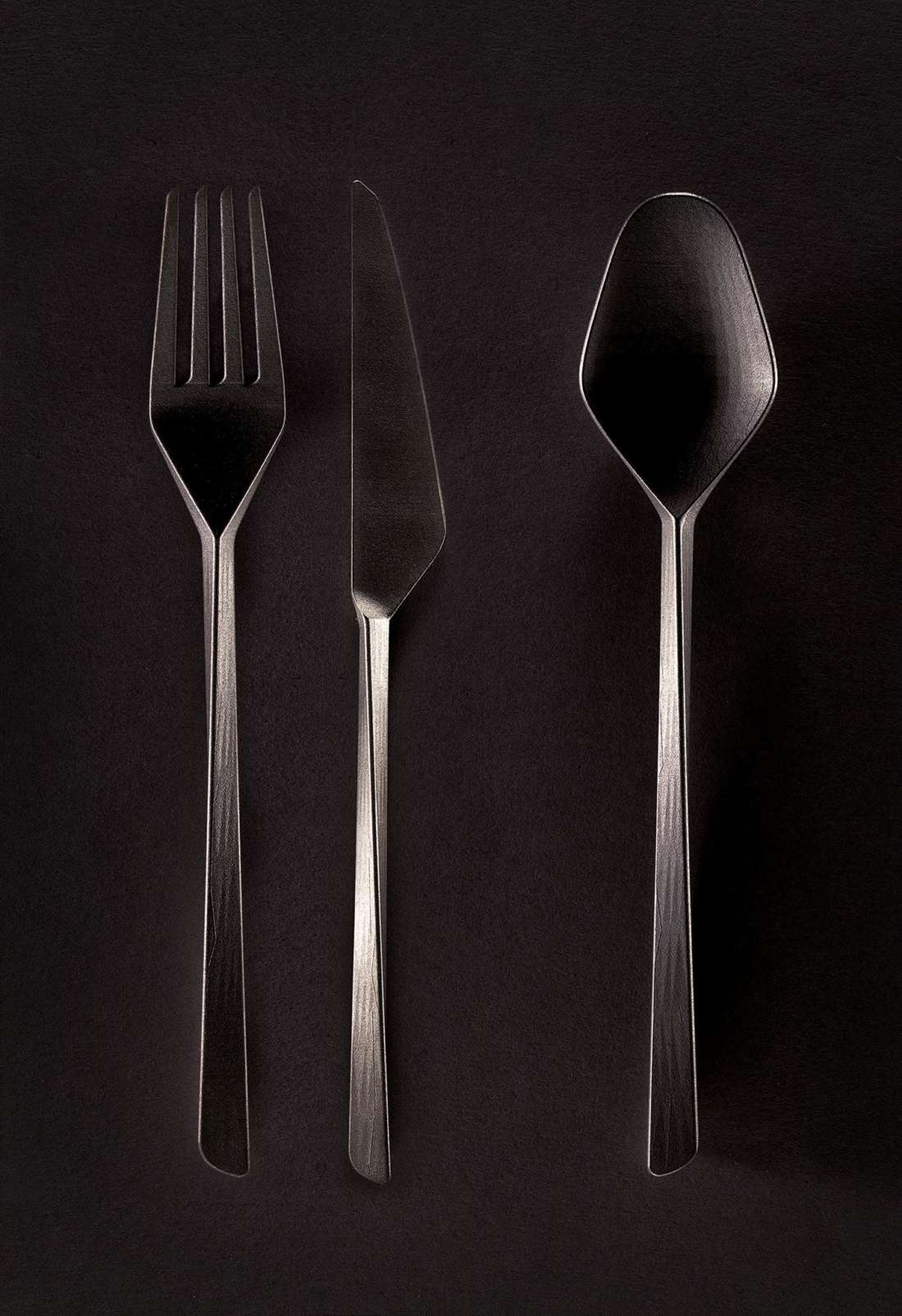 Inherent in the technology is innovation and the freedom to evolve as a designer, blurring the lines between art and design and being in a more fluid space than is traditionally possible. Rather than looking for a gap in the market and designing to that, Daniel can “wake up with an idea that came to me in a dream and just do it, make it, and see if people like it”.

3d printing is an old technology that had been locked up in patents which recently expired, since which we have seen a proliferation of innovative uses, from medicine to engineering. Daniel is most excited with the shortening of the prototyping and production chain. “I design something, iterate on it as many times as I like with a huge amount of freedom – much more so than is traditionally possible with manufacturing; a little bit of building the restraints I know about the technology into the design, but mostly freedom, and then I upload it to my fabrication partners in Belgium or New York. I can get an instant read-out of the pricing and a variety of materials. Just getting a quote traditionally would have taken two to three weeks… now it’s instant – get it back, tweak it a little bit, put it up again, do that a few times and place an order. And then I get a finished, perfectly high-quality piece back in the mail two or three weeks later.”

As much as Daniel has fabricators around the world, printing directly to titanium, some of his most advanced work is being done right here in Tauranga. The internet combined with a digital manufacturing technology allows him “to use the best regardless of where they are, and that might be in New Zealand or it might be in Belgium or New York”. Pull-Push production is an exciting aspect of 3d printing technology – objects being made when people purchase them, rather than manufacturing and then marketing. “It’s more efficient,” says Daniel. “You’re not shipping things between countries and putting them in warehouses, building up huge stocks to be put on sale, undercutting the market because you ordered too much of something that people didn’t want. Everything is made to order: it only exists when it needs to exist, when someone wants it.”

There are multiple efficiencies in this technology that are very appealing to Daniel. “The sustainability factor is a huge one, really important for me. Then business efficiency – I can build a product business from my laptop anywhere in the world, which is not traditionally possible. And the last is creative efficiency. There is so much less time spent on the practicalities of how to get something made. I can spend 95 per cent of my time creating, and the last six months is the most creatively productive period that I’ve had. Ever! There’s just so little else to think about. It’s pretty exciting.”

This isn’t a speculative business in search of retirement – we will soon be able to buy Daniel’s products from his site, and he’ll be launching his in-house collection of products at a Pop Up in the old butcher shop at 224 Posonby Road in December, but he hopes to sell predominantly through retail as he’d rather spend his time creating than marketing and selling. He wants to keep the business “as lightweight as myself and a laptop for as long as I can, because I don’t want to grow into a beast and have to compromise on the creative integrity of what I’m doing”.

Interestingly, at exactly the moment we’re seeing massive innovative growth in digital technology, we’re also seeing a genuine resurgence in the hand crafts: pottery, knife making, home preservation and various other ‘hipster’ pursuits. Daniel sees no paradox in this and believes the two to be “nicely aligned”. His bug bear is mass production, which he doesn’t see as a positive legacy. “It was a good thing,” he concedes, “in that it drove a huge amount of prosperity, but I think that ultimately it wasn’t a very good idea, and mass production was absolutely at odds with craft.” Many of which, through people’s passion for making and using their hands, have survived the industrial era.

Daniel believes that “these new technologies are far more aligned with craft because we think about purchasing them in the same way, we expect uniqueness, not something that 10,000 other people have. It’s almost impossible to do anything other than that with craft and it’s very much possible with 3d printing… and the nature of the complexity that you can design with these technologies means that you can literally marry it with craft really well.” He’s just started working with a friend who’s a greenstone carver, collaborating to make jewellery together.

Most importantly for Daniel is “getting away from monotony; homogenous objects… in theory every single 3d printed object in the world could be different, you don’t have to look very far to realise that’s a good idea. If you look at nature, diversity is key to the sustainability or resilience of any species. And we went about as far away from that as we possibly could during the industrial era. And now we can get back to that and I think it’s going to change the way we design things. I think design will become much more evolutionary – a product can evolve forever over time, either with the designer’s desired artistic direction or with the needs of the user.”

Daniel isn’t only making beautiful jewellery, he is also focusing on everyday objects: cutlery, chopsticks, cups, coffee filters and pens, made in titanium and bronze, to last a lifetime. He believes this to be a good space to inhabit at this moment with the technology available, but also exciting because New Zealand design has tended to revolve around furniture. “To design a cutlery set with traditional manufacturing processes is a huge task with an insane amount of process – different tools and machinery just to produce a fork.” But when producing smaller objects with 3d printing, “the quality and possibilities are absolutely aligned, they’ve already surpassed traditional means of making things” and “it’s just as accessible to design a fork out of the same factory as a light. You walk into the factory of these guys in Tauranga and they’re producing pieces for the aerospace industry through to cutlery for me. Hugely diverse, out of three machines by three guys in white lab coats.”

Daniel is reticent to buy into the mythology of every house owning a 3d printer with which to manufacture parts for a broken tool. He’s worried it’ll lead to a mountain of poor design and waste, and quite simply, the technology is moving too quickly. But “I absolutely think that localisation is a beautiful inevitability. I would say the right reference might be a traditional woodworker, one or two printers in a town or community, operated by specialists.”

But the real sustainability opportunity for Daniel is uniqueness. Sure, there’s a “saving in shipping”, but the real potential is “to change the way we buy things, only the things we absolutely passionately love. And the only way I can passionately love something is if it’s unique. And when I love something, that’s when I’m going to keep it forever. Getting away from this throw-away society. I think that mass production has a huge amount to answer for. Everybody likes their iPhone but everybody has one, so nobody loves it and we’re quite comfortable with disposing of it. We’ve lost all the emotional connection to things and a lot of people think ‘let’s look backward’ to fix that, I’m trying to say let’s move forward.”

And this is why Daniel calls himself a post-industrial designer. “People might think it’s pretentious, but it’s a deliberate statement against that kind of industrial way of thinking.”

3d printed utensils aren’t the extent of Daniel’s interest in the realm of food. He and a good friend have plans to create an experimental piece to promote the potential of algae as “a super-efficient, locally producible energy food source”. They’ve been friends “since we were five years old and grew up on animal agriculture farms, have both gone vegetarian in the last year and a half and are kind of exploring ideas around that together, but through design and architecture”.

Daniel is optimistic about positive change at the hands of design. “It’s easy to be daunted by it all – we look at the task ahead and it’s enormous and we look back at what we’ve achieved in the past and there’s a mismatch, but I think we underestimate the power of the global society that we’re in now, where we bring all of these educated people together who actually give a shit and connect them across the whole world. I think that’s an insanely powerful tool that we underestimate and which maybe sometimes gives me a little bit of hope that it’s possible to come out the other end of this thing.”