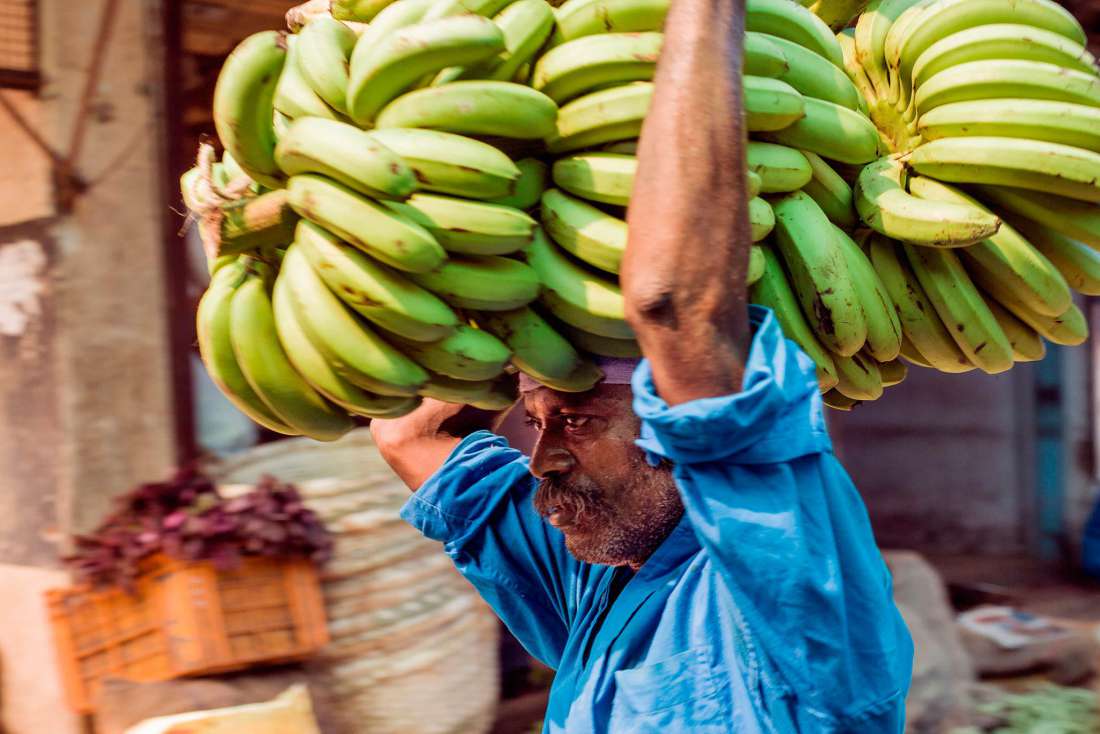 Is sustainability a Garden of Eden fantasy?

A big squirming knot of factors needs to change before our life as humans on earth is ‘sustainable’.

A big squirming knot of factors needs to change before our life as humans on earth is ‘sustainable’.

Stone Soup is the name of a folk tale first recorded in 1548. The story goes that a hungry man, traveling in Switzerland, with only a stone in his bag, persuades an old woman to give him a pot, water, fire, bacon, a small quantity of sour kraut, pepper, and salt, onions, celery, and thyme to make soup while he supplies a stone, which he tells her is the key ingredient. That story has a happy ending; she finds the soup wonderfully tasty , he has a full belly and she doesn’t feel that she has been conned.

The histories of the story say that Stone Soup is a triumph of cooperation. I can see that. One hungry man and one woman with a flourishing garden and not much paranoia and it all turns out well. But what if there were 8 million hungry people travelling the roads and the garden was producing less each year and the owners of the garden thought that they needed to protect the food they had gathered from the garden rather than feed any hungry travellers? That is the question I am going to talk about.

My friends and I think a lot about food. We swap recipes. And we talk a lot about who can’t eat what. Those are the main foody things we talk about. We don’t have enough money to have those ‘hot new restaurant’ conversations, but I know people who have those. In the recipe swapping, fermentation is top of the agenda right now. I make a pretty decent sauerkraut. Maybe I’ll try to make kombucha? Maybe kombucha improves digestion? Prevents cancer? Best to leave it alone, says the Mayo Clinic, because the benefits are unable to be proved but people have definitely gotten sick from it. So starting to make kombucha goes on the back burner.

Among my friends there are still quite a few old fashioned omnivores, some vegetarians, a few vegans, a few raw only folks and for a short time there was a very unhappy thin woman who ate only raw vegan food. After she sorted out her private life she dropped that, and now I sometimes see her eating fries. I can tell a Paleo diet is popular too by the burgeoning range of Paleo products in shops. Everything about a Paleo diet is expensive, but what price health?There are people who miss bread so much they buy Paleo ‘bread’ at $18 a loaf. A friend had been told she needed to go on medication for high cholesterol but after six months of a Paleo diet, her cholesterol is back within normal limits. It is expensive buying all that meat, she said, but she thinks it is worth it. I didn’t quite know what to think when she told me that she doesn’t give Paleo food to her teenage kids. They get roasts and bread and cheese and muesli like she had when she was growing up. I have another friend who gives his kids supermarket chicken and tinned tuna and macaroni casserole because their big goal is to feed everyone as cheaply as possible.

This is the sort of discussion that goes on all around me. I’m in there too, boots and all. I don’t eat meat. I have awkward conversations with my hosts if I am invited to a new person’s house for a meal. I buy $50 a week worth of kefir and nuts and fair trade tea and sourdough spelt bread from the Organic shop. (That Brooklyn Deli sourdough bread is pretty amazing! Try it with honey or sauerkraut and cheese – facebook.com/nz.brooklydeli/

But, right now, while I am writing this and drinking my cold pressed apple juice, about 800,000,000 people are hungry. Or to put it another way, one human being out of every nine is hungry. I bet you skimmed over that 800,000,000 figure. I did. Just now when I was rereading what I had written, I read the number as 800,000. We don’t usually talk about nice food and hungry people at the same time but I am going to. I’m going to start with questioning this fashionable fetish for ‘sustainable’ or ‘organic’ food.

The term ‘sustainable’ is used for anything and everything these days and I wonder what it means and how much to believe in it. I think it might be a Garden of Eden fantasy. When we talk about buying ‘sustainable’ food or timber or energy, what are we really saying? I think we just mean that it is food or timber or energy that can be replaced. We don’t mean there is enough of it for everyone. We mean we can use it up in good conscience because we can get more.

In the word ‘sustainable’ there’s a hint that the earth can supply this energy or this food without being drained of all goodness or trashed in any other way. We use the word ‘sustainable very loosely. There are ISO standards for carbon footprints and for measuring impacts of businesses on the environment, society and the economy, but mostly, if you are like me, you hear the word and say the word and there isn’t any measurement going on. We just take it on trust. ‘Sustainable’ equals good. We think ‘sustainable’ food or energy is kind of ‘endless’. We hope the earth will survive if we just keep using and regrowing certain plants or using the wind or the sea for power. Thinking that lets us make our smoothies and sip our kefir and not feel that we are bad or ruthless people.

But those veggies or fruit are ‘sustainable’ only when you think of New Zealand and all the other rich countries as more or less one country. In that one rich country, anyone with enough money can buy very nice food. Perhaps nicer than ever before. One of the problems with this is that while we can buy this nice food, great big parts of the world are running on a very different economy and their people are going hungry. That’s where my question about Stone Soup comes from.

Unless we are dealing with how to feed 8 billion humans without tipping the planet into environmental catastrophe, none of what we are doing is ‘sustainable’. Not the food, not the houses, the cars, or the life we have. If things stay like this, with some of us having everything and others almost nothing, something will collapse. Maybe it will be the ‘law and order’ that protects our property? Or maybe what will collapse is the capacity of the earth to grow food and give us enough water to drink? Maybe both at once? At the moment refugees are streaming from North Africa to Europe for a variety of reasons. After World War Two it
took decades before all the ‘displaced persons’ were out of camps, so that is what we can expect this time too. And everyone seems to agree that refugees from climate change will be the next wave.

A big squirming knot of factors needs to change before our life as humans on earth is ‘sustainable’. Everyone agrees with that I think. Experts have different views on what big factors are causing the problems and what ones could make the wheel turn in a different direction, away from hunger towards a livable amount of food for more people, and away from trashing the earth towards working with it.

Maybe the most important change is stopping the population from growing so fast? Maybe the big change comes from attacking poverty, however you do that? Maybe it’s from helping farmers in poor countries to produce more from their farms? Maybe pesticides and [am I really saying this?] Genetically Modified Organisms are part of that? Maybe what we do by eating veggies from our own garden helps a bit? It can’t hurt, that’s for sure. I guess when it all comes down to it, I’m thinking that individual action doesn’t cut it, and that we need larger scale, country or continent sized actions.

It’s a complicated set of ideas to find a place in, and for sure I don’t have the answers, but one thing I do know is that looking outside our own corner of the food world is the place to start. I’m very pleased that Stone Soup, the Zine, is here. It will be a place where we can ask questions about food and enjoy conversations about food. Sometimes it will be about the good stuff, but not always.