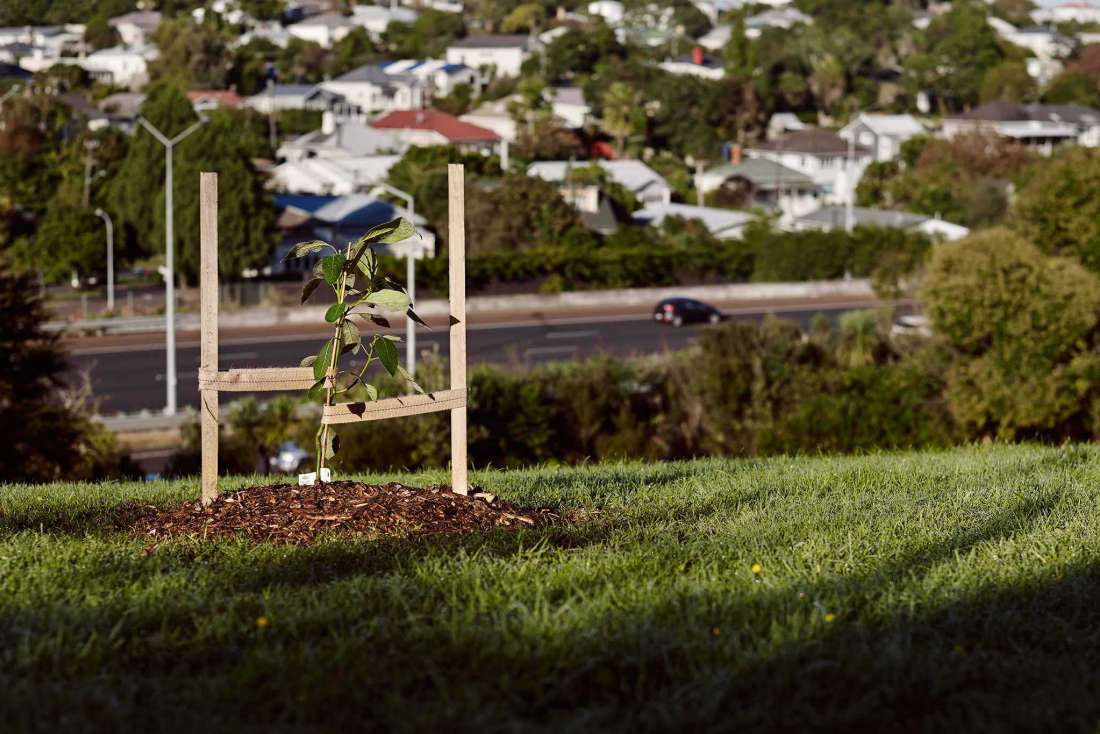 “The best time to plant a tree was 20 years ago. The second best time is now.” – Chinese Proverb

OK, I’m putting out a challenge: plant a fruit tree this winter. Go on, it’ll cost you about the same as a six pack of craft beer and less than an hour of your time. We’re printing 10,000 copies of this magazine – if half of those who read it follow through, once the trees establish, we’ll produce an abundance of free local food for many years to come.

This autumn/winter I’ll be planting a second plum tree – my Black Doris bears little fruit without a companion for cross pollination – and a third feijoa at Arch Hill Farm. But what about those of you locked out of Auckland’s housing market… like, everybody under 45. Well, in solidarity with you and inspired by their price and availability this year, I’ll be planting avocado trees in the local reserve too (Arch Hill Farm strongly endorses guerrilla gardening but can’t propose to speak on behalf of the more law-abiding members of the Syndicate. I’m with Gandhi when it comes to laws that enforce artificial scarcities, we can have a tree version of his salt march).

So, under 45s, renting or living with mum and dad doesn’t exclude you from my challenge – you’ve just got to go guerrilla. As Buckminster Fuller said, “sharing is having more”.

Planting a tree is pretty easy. Firstly, you’re going to need a tree. Ideally you’d buy heirloom from somebody like Forgotten Fruits, Koanga or Edible Garden in the North Island or Open Orchard Project or Habitate Edible Habitats in the South (all of whom sell bare-rooted trees by mail order for planting in July and August when trees are dormant), but the local garden centre beats sitting in and watching Game of Thrones instead, so I endorse either option. You’re also going to need some compost and if it’s commercial compost, you’ll need some sort of organic fertiliser like Natures Organic Fertiliser or sheep pellets to help get things started.

Once you’ve found a nice open sunny spot, dig a one-cubic-metre hole and use your shovel or fork to break up the soil at the bottom of your hole, especially in heavy clay soils. Mix half of the topsoil you’ve removed with the same quantity of compost and a couple of handfuls of sheep pellets. Put a little of your soil mix back into the hole to help with placement of your tree at its centre and so that its trunk will sit at the same level in the ground as it was in the nursery bag or pot. If you’re guerrilla planting in a public place, I suggest two square posts opposite each other and jute straps so it looks like it was planted by your council and isn’t removed next time the ride-on mower rolls through, otherwise a single post near the trunk will suffice to protect it from the wind while it gets established. Put the rest of your soil back into the hole and compact gently around the tree to make it secure. Sprinkle more compost in a one-metre diameter around the tree and then top with some sort of mulch to retain moisture and suppress weeds. Again, if this is under the radar, find a pile of wood chip in your local park and sprinkle around in a one-metre diameter to make it look as legit as possible. 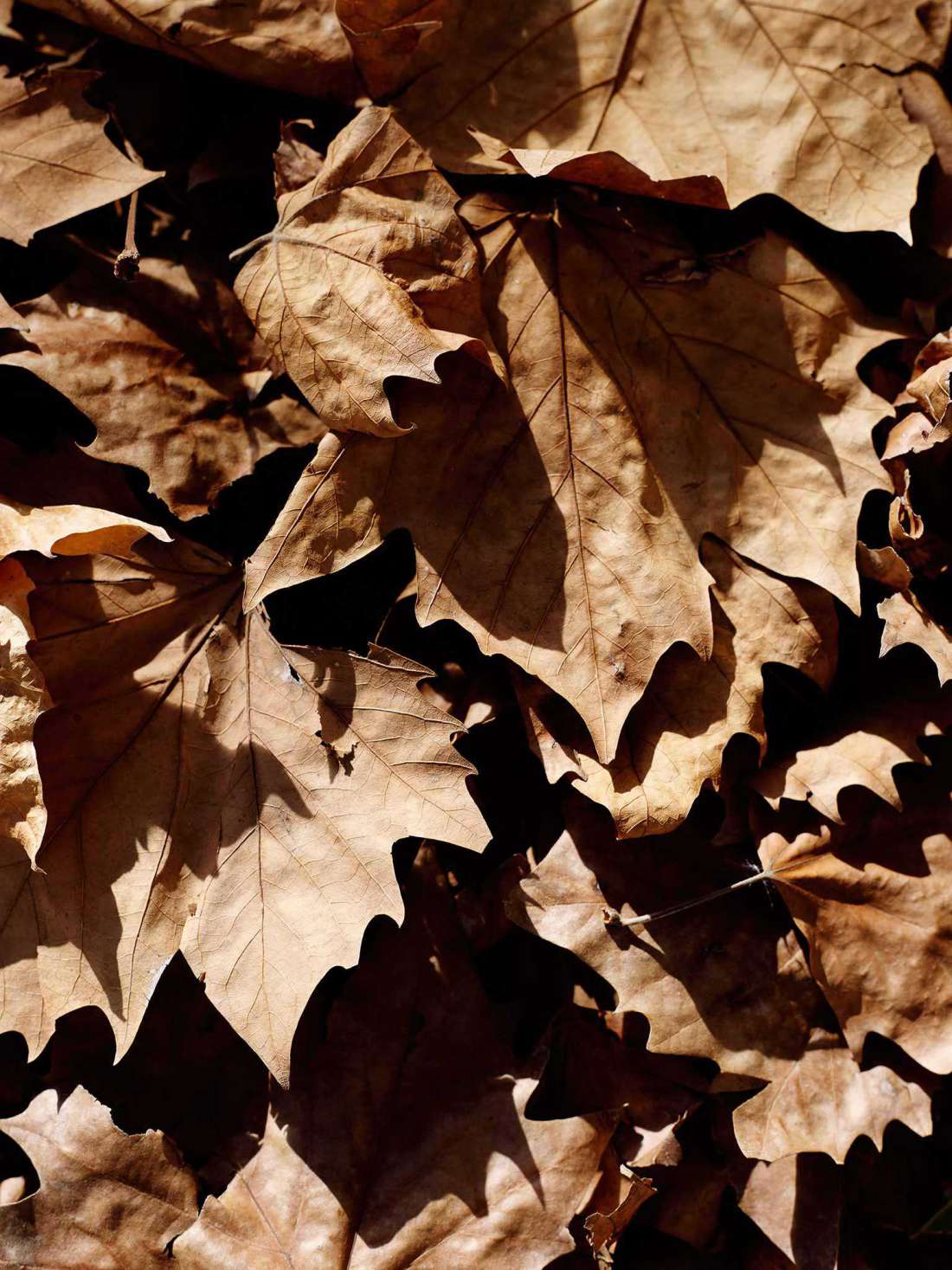 Another challenge for the more committed – compost! There is a massive abundance of leaves literally floating around the streets and parks in autumn. The leafy suburbs aren’t merely a speculative paradise for baby boomers, they’re a source of free compost for broke DIY urban farmers. Leaves of most trees contain twice as many minerals as manure – large trees are deep-rooted and absorb minerals from deep in the soil, a good portion of these minerals go into the leaves. I’ve used bamboo as stakes to thread through some old chicken wire to make an enclosure. It’s not hard to find bamboo to chop and take home for your garden – I’m lucky that the council did it for me in Arch Hill Reserve and there’s a nice dry pile for me to utilise. You can also just make a mound – or mountain – but you’ll need a tarp or some old carpet to cover it to stop them from blowing away. Shred or crunch your leaves up. You can use the suction setting on a leaf blower with bag, run the lawnmower over them, or, as I have, crunch them up in your hands, but try not to leave many whole as they’ll just blow away or form a wet carpet that won’t decompose. You’ll need to add something high in nitrogen, such as manure (not from animals that have recently been wormed – we want our soil to be alive), blood and bone, green weeds, grass clippings, coffee grounds, seaweed, a little of each… mix it all up, leave it over winter and come spring you won’t be driving to the garden centre to buy commercial compost. I’ve built my pile on top of a piece of garden where the soil was under-performing, so I get to rehabilitate that soil at the same time as having compost on site ready to feed the rest of my garden come spring.

By this stage in the year I’ve done a bit of post-summer prep at Arch Hill Farm for the cooler, more scarce months. Firstly, I’ve saved seed from my strongest and healthiest plants, and I’ve also let a lot distribute their seed naturally, meaning I have a regular supply of self-seeded lettuce and rocket and basil popping up where it wants. This helps rotate crops and saves me a lot of time and energy, except when it comes to pulling vast quantities of rocket out from between the pavers in my path.

Annuals that have done their time I “chop n drop”, a technique endorsed by permaculturists as a way to build and keep fertility in the soil and keep it covered from the elements. It’s pretty self-explanatory, chop the plants at their base, leave the roots in the ground so as not to disrupt the soil or the microorganisms that have gathered around the root ball for food; the roots will also break down, fertilising and maintaining life in your soil. The rest of the plant can simply “drop” where it falls (chop bigger bits to speed things up), rotting into the ground and feeding the life you’re trying to foster in your garden and in your soil. Additionally, when you chop and drop the slugs and snails in your garden tend to feast on that “waste” rather than the veges you intend to eat.

I also like to plant green manure crops over winter to fix nitrogen in the soil, protect it from the elements and act as a rotation crop. This you also “chop n drop” in the spring before planting.

I’ve planted broad beans as they not only serve as a nitrogen-fixing green manure but will also give me my first crop. The other thing I plant over winter is garlic. Head to your organic grocer, buy a couple of bulbs and get them in the ground on the shortest day – June 20th. And then celebrate the solstice, preferably by roasting a whole beast for your friends.