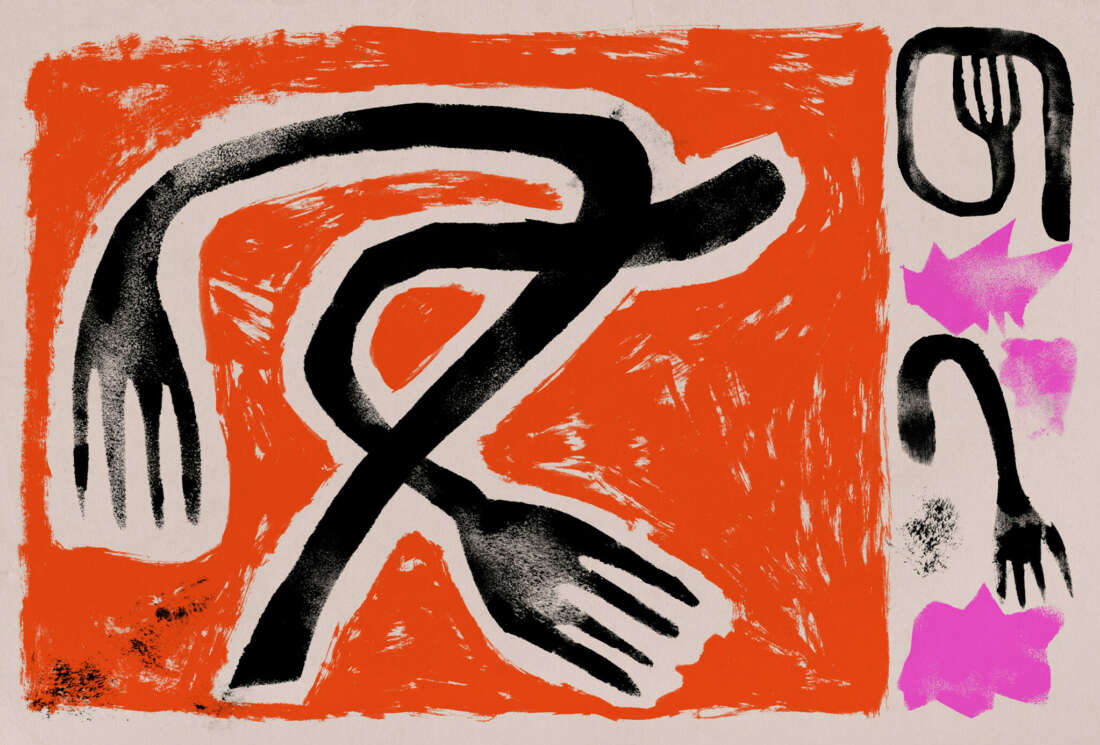 Cafe-Hospo and Single-Use Serviceware: The Story of a Dysfunctional Second Marriage

Let’s start at the beginning. They both came with baggage: Single-Use Serviceware had, (and still has) a complicated relationship with Fast Food. This first courtship is the origin of Single-Use’s notion of normal. Fast Food wanted food and drinks to head out the door, fast. Enter Single-Use with a twinkle in its eye (which we can now attribute less to charisma and more to the light-reflective plastic or bioplastic coatings) and a smooth sales pitch to lubricate the deal. Fast Food and Single-Use fell in lust. To celebrate, everyone got (and still gets) low-nutrition, low-cost food wrapped in enticing throwaway culture. Of course, Fast Food and Single-Use never broke up. Fast Food by nature doesn’t need exclusivity and Single-Use is by definition, profligate.

Around this time, Cafe-Hospo was kicking back, living a relatively uncomplicated life, co-parenting Customers with that unobtrusive, reliable life partner, Real Serviceware - spending time together, letting the food go down. Then Single-Use Serviceware walks in the room, hot as chips straight out the fryer, and fixes its hungry eyes on credulous Cafe-Hospo, deciding “I’m going to make them mine”. Hospo, feeling low in self-esteem since Fast Food arrived in town, was flattered that Single-Use would even look twice at them. Completely taken in by whispered dirty talk like “Together we’ll be convenient. We’ll make money. I’ll make you feel like you never felt before”. Hospo didn’t mean to hurt anyone. It just all happened so quickly, and Single-Use was so…persuasive.

A few decades on and Cafe-Hospo is trapped in a partnership that is dragging its name into the gutter. Thanks to this unwholesome union, Hospo’s name is rolling around in the street, washing up on shorelines, being swallowed by seabirds, fragmenting into microplastics that are entering the food chain, contaminating compost, chomping through natural resources and consuming fossil fuels on its endless one-way ticket journey. All this makes Hospo look like the bad guy. It’s not – Hospo was beguiled, duped and inveigled, but our tendency is to think that the lover of a dickhead is also a dickhead.

And Single-Use Serviceware? It takes no responsibility for its behaviour, feels no shame. After all, it promised Hospo a good time, not a long time. Single-Use is happy for Hospo to pay all the bills, to defend its wicked ways, to pop down to the local clinic on the regular to get tested for multiple potential intimate diseases (like PFAAS forever chemicals and endocrine disrupters). Plus, the engagement ring, engraved with words like ‘eco’ and ‘sustainable’? Actually fake, mass produced, imported, and made of tacky materials, not anything of healthy value.

So, why doesn’t Hospo just leave? 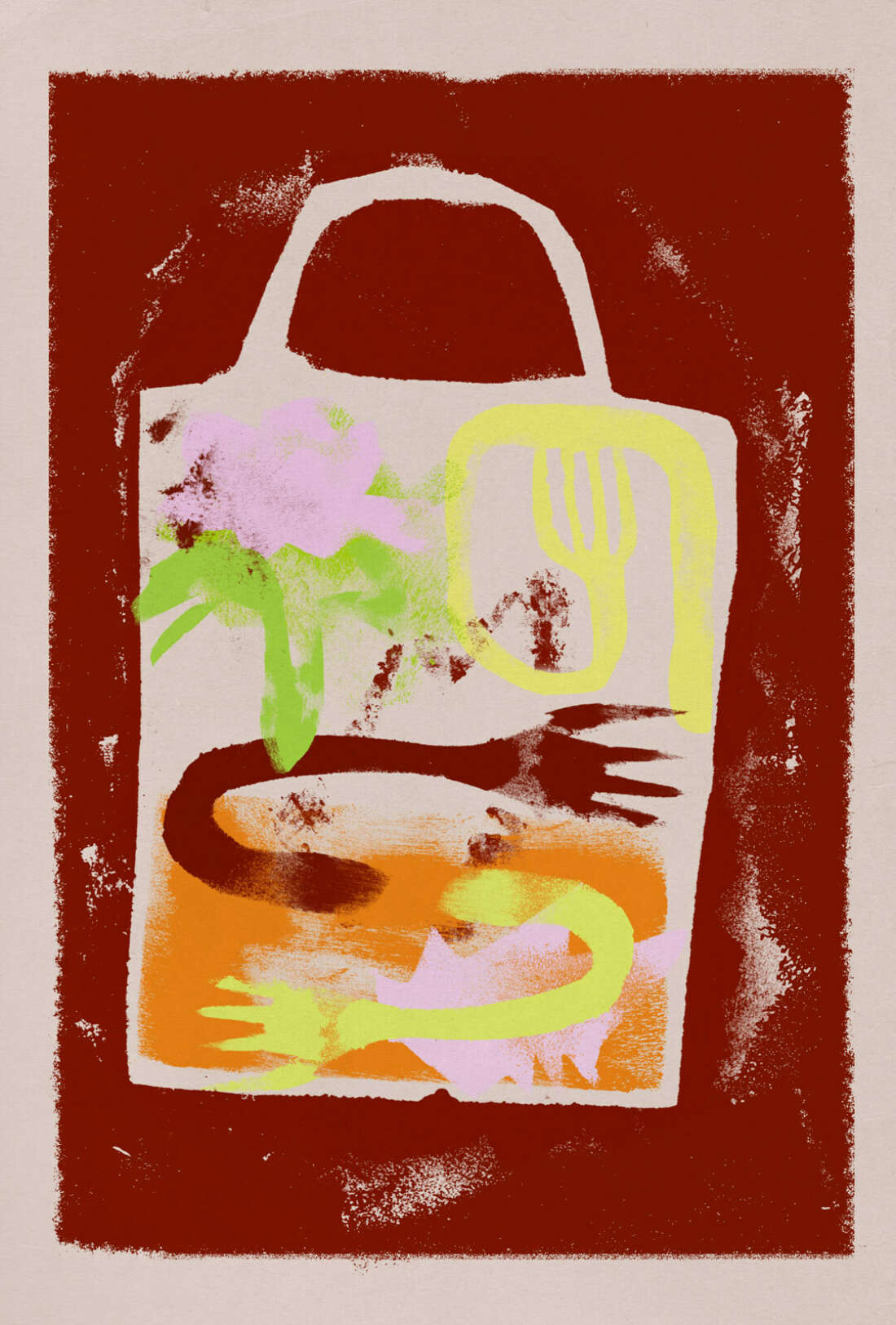 The real reason? The 3am, staring at the ceiling reason?

Hospo is scared of losing its Customers. Afraid that Single-Use Serviceware will take them to live with their first partner, Fast Food.

Understand, Cafe-Hospo truly loves its Customers – to live without them is unthinkable, impossible. The deep and visceral flow between them formed the soup of society from the dawn of finger licking time. Add more sad,insecure Hospo mistakenly believes that Customers will leave if Single-Use Serviceware isn’t around.

But, a vital dot has fallen off Cafe-Hospo’s parental radar: the things that Single-Use Serviceware offers Customers aren’t long-term good for them. What kind of parent tells its kids to prioritise their own needs above anything (and everyone) else? Encourages them to move faster, consume on the run (after all, time is money), enable throwaway culture, and debase exquisite coffee and lovingly-prepped food with vessels that trash people and planet? What kind of parent raises their Customers to think it’s okay to use once then discard their way through life? Rhetorical, but Single-Use Serviceware, that’s who.

Cafe-Hospo has begun to sense something is rotten in Takeaway Town but the fear of tumbling down into the void alone is immobilising. Cafe-Hospo is paralysed by fear of change.

This is the insecurity abyss and it is contrived. You see, Cafe-Hospo is the cool one and the hot one. Like most emotional manipulators, Single-Use Serviceware is desperate for attention. It uses marketing, seasonal colour palettes, limited edition collaborations to claw and cling to Customers’ vanity. Single-Use is shallow and fickle. A faker. It’s Hospo who’s got the substance.

Single-Use Serviceware has always known this, knows it’s been punching above its weight. Predominantly parasitical, Single-Use brings nothing tangible to the relationship or the table. How to keep Cafe-Hospo from realising that? Lemon squeezy: keep them feeling insecure. The looping line Single-Use Serviceware feeds Hospo: “If you leave me, you’ll have nothing. You need me”.

Utter bollocks, of course. Worth noting here that Single-Use never broke up with Fast Food and makes damn sure Cafe-Hospo knows that - double dipping, playing one off against the other.

Either Customers invert the child/parent relationship and point out that Single Use Serviceware is a wrong un’, or we call in third-party intervention, which worked a treat in another famed dysfunctional relationship: Retail and Plastic Bags. Government legislation (aka S23 of the 2008 Waste Min Act) stepped in, proclaiming “enough is enough; this is a toxic relationship. To protect all parties, it has to end. It’s now banned AF”. 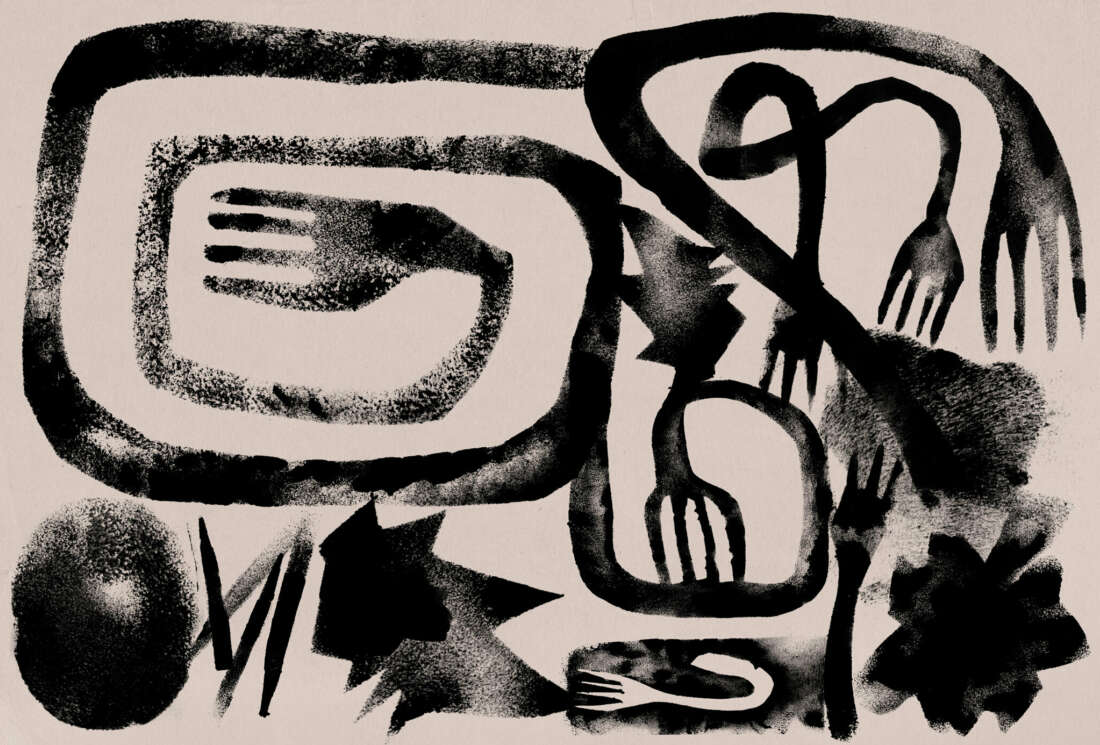 Sure, Retail had a momentary panic, but Customers came over, with reusables, and now only the slightest, embarrassed memories of the tawdry plastic bag days remain as contraband, stuffed in the laundry cupboard. This kind of legislative intervention can give Hospo the confidence it needs to ditch its unholy marriage in one hit. Government seem to be thinking about it, or are they just teasing too?

In the meantime, what can Cafe-Hospo do for itself? Not the type to go it alone without a life partner. Has a thing for interdependency. But here’s the thing: Real Serviceware never went away. It just wants Hospo to feel secure and happy because this is true love, based on essential understanding. This complimentary connection has millennia of mutual knowledge. Real Serviceware accepts Hospo can be fickle, that Hospo’s needs sometimes fall outside the parameters of a monogamous table setting.

But Real Serviceware is made of solid stuff, it’s well positioned to evolve. It hasn’t been wallowing in self-pity while Hospo fucked around with Single-Use. It’s been working on self-improvement, asking how Single-Use Serviceware stole Hospo away so easily.

Real Serviceware has identified the perks that Single-Use Serviceware proffered and has reinvented itself to offer wholesome versions of logo branding and on-the-go options. It’s accepted that the relationship can become polyamorous. Those fine Circular Lending System and Retail Reusable fellows can join the love affair, to keep it relevant and fresh for Hospo and their capricious Customers. Because when the lights go out and the closed sign is flipped, if the Customers are happy, and Hospo is happy, Real Serviceware is grinning like a real plate scraped clean, like a real spoon so shiny you can see your face in it.

Hospo knows, in its heart, that its second marriage is a baddie. But it’s gonna be okay. Legislation is hovering in the wings; Real Serviceware has put its loving, reusable, sustainable arms out. We just need Customers to let Hospo know it’s fine to fall into them. And live happily. Ever. Epicureanly. After.